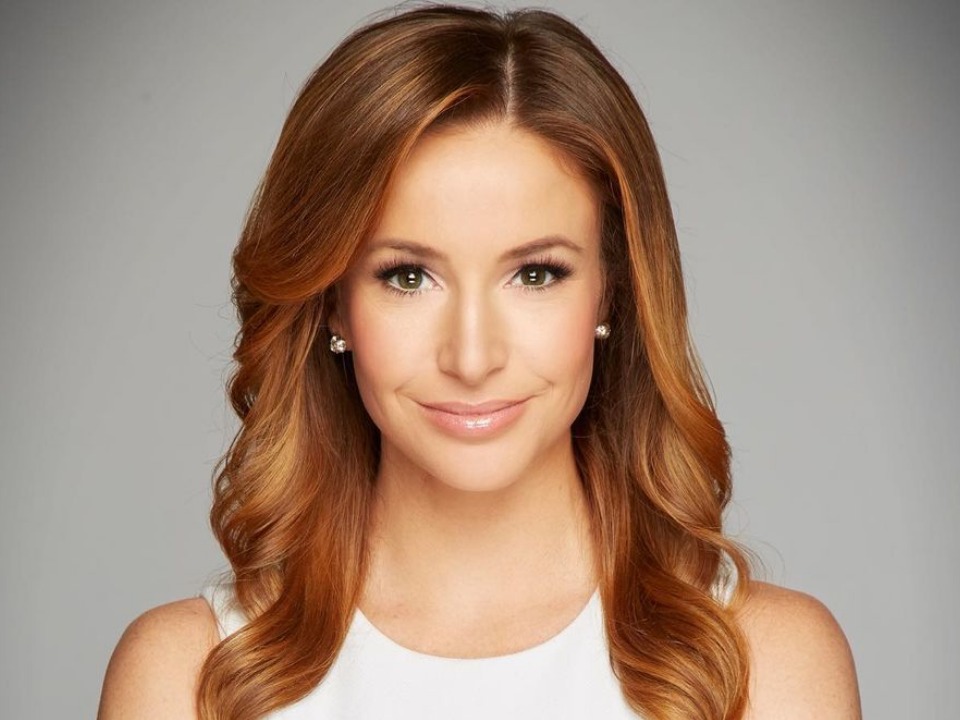 American Journalist and television news former presenter, Kristin Fisher is an independent and powerful woman. After an incredible career and run since she joined, Kristin announced to leave FOX News in May 2021. However, she later said that there are still few things left so she didn’t leave immediately but now she finally said goodbye to FOX. Fisher served as the White House Correspondent lately and she committed to FOX News in May 2015. She is a woman of high goals and ambition.

Kristin Fisher was born on 29th July 1983 and was raised in Houston, Texas, USA by her parents, Dr. Anna Lee Fisher and Dr. William Frederick Fisher. Both of her parents were Astronauts and emergency medicine physicians. She grew up alongside her sister Kara Lynne Fisher. They grew up sharing childhood memories together. Talented Kristin got graduated from Boston University’s college and communication with a BA degree in Broadcast Journalism. There is not much information available regarding her further studies.

Kristin started her career after she completed school. She served for ABC-affiliate KJCT-LP in guard Junction, Colorado, and then ABC-affiliate KATV in Little Rock, Arkansas. Later in 2009, she worked as a freelance correspondent for ABC News/News-One after she shifted to Washington D.C. Later she served at CBS affiliate WUSA-TV for four years. Where she covered the 2008 presidential campaigns of both Hillary Clinton and Mike Huckabee.

Moreover, in 2015, she worked as a general assignment reporter for FOX News in its DC bureau, replacing Molly Henneberg. She went through all the tough roads and hardships to become successful. All these struggles paid her off when she was offered the position of White House Correspondent, a few days before Thanksgiving 2019. Recently in 2020, while other FOX News reporters uncritically relayed Trump’s attorney’s allegations of massive election fraud, Kristin stood up by pointing inconsistencies and lack of evidence.

Alongside being a Journalist, we can see her other side on social media where she looks as gorgeous as a professional model. She enjoys around 42.8k followers on her Instagram account @kristinfishers. While on her Twitter account she has earned around 66.3k followers under the username @KristinFisher.

Fisher got married to her better half, Walker Harrison Forehand. They met for the first time in Athens in 2003. The couple started knowing each other and were good friends and later grew closer as they got the chance to spend time together during their abroad study program. They tied knots in 2011 in the Church of Holy City Washington. After six years of marriage, on 19th December 2017, they were blessed with an adorable and cute baby girl and named Clara Fisher.

Journalism diva Kristin makes a handsome amount of money from her profession. Her estimated net worth is around $1 million. It is also known that working for FOX News Network makes an earning of $45,000 annually which a quite good sum. Moreover, she makes earning of $50,000 from her journalism yearly.