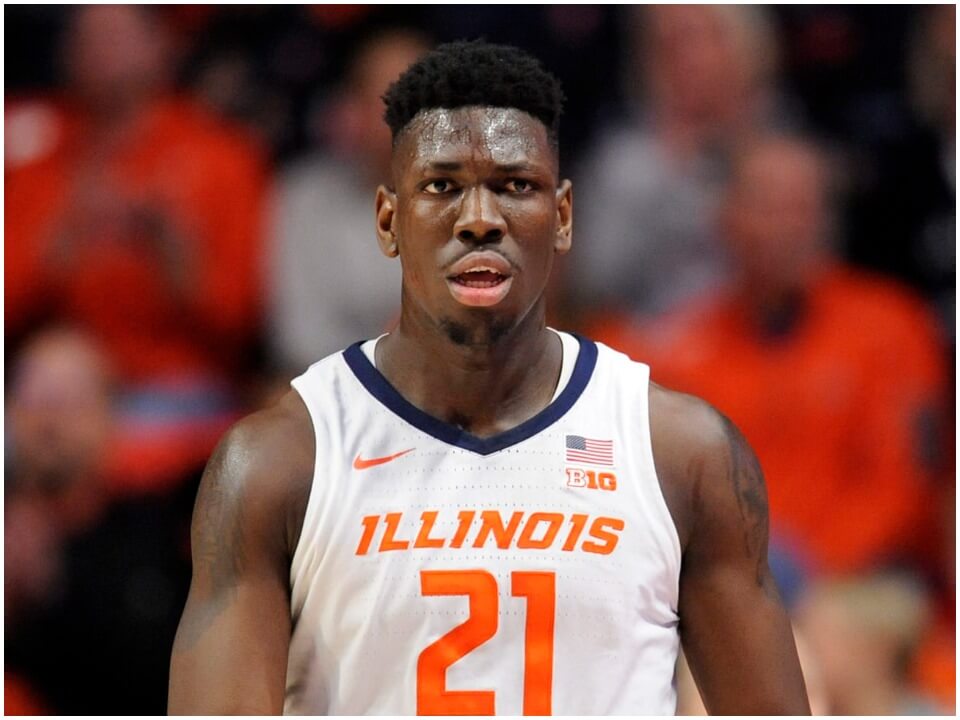 Kofi Cockburn is a Jamaican college Basketball Player who plays for Illinois Fighting Illini which competes om Big Ten Conference.  He is also Illinois’s second-leading scorer and top rebounder. The recruiters like Rivals, 247 Sports and ESPN has ranked him under the top 50. He has 15.7 thousand on his Twitter account.

Kofi was born on 1st September 1999 in Kingston, Jamaica.  The names of his mother and father are Dorothy Wray and Laffette Cockburn. His father used to own a cleaning supplies store but passed away due to a heart attack. 2014 along with his mother, he moved to Queens, New York. He enrolled himself at Christ the King Regional High School located in New York. Later to complete his senior season, he was transferred to Oak Hill Academy in Mouth of Wilson, Virginia. He decided to pursue his passion of playing basketball and was enrolled at Illinois Fighting Illini men’s Basketball.

Kofi began his career by participating actively in sports. He played in Amateur Athletic Union for the New York Rens. On the Nike Elite Youth Basketball League, he had an average of 16.3 points, 10.3 bounds, and 53.9 percent shooting from the field. After completing high school, he received a lot of scholarship offers for college. He shared a good bond with an Illinois assistant coach named Orlando Antigua and decided to commit himself to their coaching staff. In the 2019 class of four-star recruit, he was considered top in 50 players.

In his debut for Illinois, he played against Nicholas, Grand Canyon, The Citadel, Michigan, and other teams as well. As a freshman, he had a score of averaging 13.3 points and 8.8 rebounds per game with 1.4 blocks per game. He also shot 53.2 percent from the floor and 67.7 percent at the foul line. In one of his seasons, he declared for the 2020 NBA draft but later was pulling out of it and returning for his sophomore season. So he will be participating in his upcoming matches which were delayed due to the Coronavirus pandemic.

In one match against Michigan, his play was overshadowed by an incident. A player from Michigan named Lewis Garrison was accidentally hit by him and fell on the floor and later left the game. This incident impacted him and he decided to be more careful while playing. He also handles controversies like a professional.

Kofi has dedicated the maximum of his time to playing Basketball. There is no information shared about his current or past relationships and mostly he seems single as of yet. He likes to keep his personal and work life separate and away from the limelight.

Kofi earns a lot from playing Basketball matches. He has not shared the exact amount of earnings. But roughly it would be around $500,000. His other sources of income are from the sponsors and by making an event appearance. As a college player, he is also provided with scholarships, accommodation, food, and additional needs.