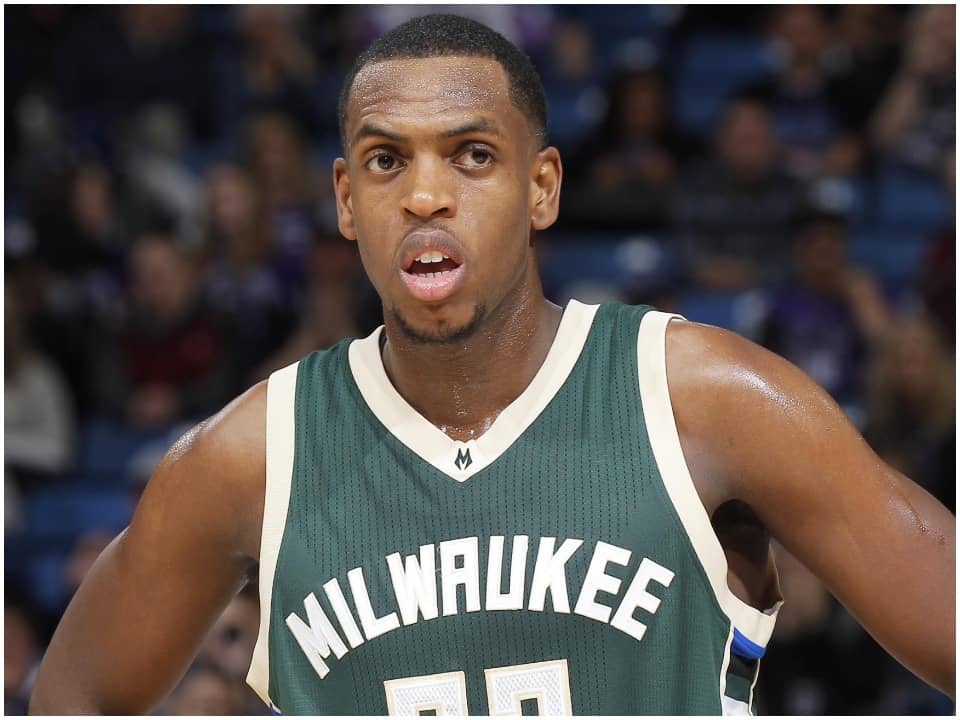 Khris Middleton is a young and experienced professional American Basketball player who plays for his team Milwaukee Bucks of the National Basketball Association. He was selected by Detroit Pistons in the 2012 NBA draft. He is known to play at the position of Small forward and shooting guard.

Khris Middleton was born on August 12, 1991, in Charleston, South Carolina in the United States of America. He was raised by his parents James Middleton and Nichelle Middleton who named him James Khristian Middleton. Khris Middleton is known to have an older sister named Brittney and has a cousin named Josh Powell who also is an NBA player. As a student, Khris attended the Porter-Gaud High School after which he attended the Texas A&M for his college education and graduated from there in the field of sports. He was known to get along with the staff of his college well and like the atmosphere of his college town. He got offers from Virginia Tech, South Carolina, Michigan, and Saint Joseph University also.

James’ professional career started after he was selected by the Detroit Pistons in the 2012 NBA draft after which he signed a rookie scale contract on August 15, 2012. He was then assigned to the Fort Wayne Mad Ants of the NBA Development League on December 12, 2012. For his rookie career, James averaged 6.1 points in just 27 games. On July 31, 2013, Middleton joined the Milwaukee Bucks where he played 82 games in the year 2013-14 with an average of 12.1 points in the first 64 games. He later scored a career-high of 29 points on December 6, 2013, where his team won against the Washington Wizards.

He scored another career-high of 30 points on March 7, 2015, which was again a win against the Washington Wizards. In the second season, he averaged a score of 13.4 points per game. In 2015, he again signed a five-year contract with Bucks which was worth $ 70 million USD, and scored his career-high once again of 36 points where his team lost against Oklahoma City Thunder. He tied with his career-high of 36 points on April 10, 2016, where he won an overtime win against the Philadelphia 76ers. He scored his season-high of 30 points on March 17, 2017, after which on November 1, 2017, he scored a career-high of 43 points with a loss against Charlotte Hornets. In 2018, he played and won against Brooklyn Nets even though he had a quad injury.

In the 2018-19 season, Khris signed a contract of $ 178 million USD for an extension of five years and set a new career-high of 51 points in January 2020. On March 13, 2020, Khris announced that he would donate $ 100000 USD to the staff of Fiserv Forum who were unable to work due to the pandemic as he himself wasn’t able to play due to the suspension of the NBA season. On April 8,  2021, Khris announced that he would be joining the ownership of Brisbane Bullets which is a professional Australian Basketball team.

The 29- year- the old player is currently in a relationship with his girlfriend Samantha Dutton. The couple has been dating for a long time now. They gave birth to their daughter Audrielle on April 23, 2019, for whom, Khris got in a plane to Milwaukee with the co-owner of Bucks after he won the match against Detroit Pistons.

As for Khris’ net worth, he earns an estimated income of $ 20 million USD. he earns this huge sum of money through his team and basketball career in which he does an excellent job. His net worth is expected to increase after joining the new basketball team where he is expected to show his basketball skills.