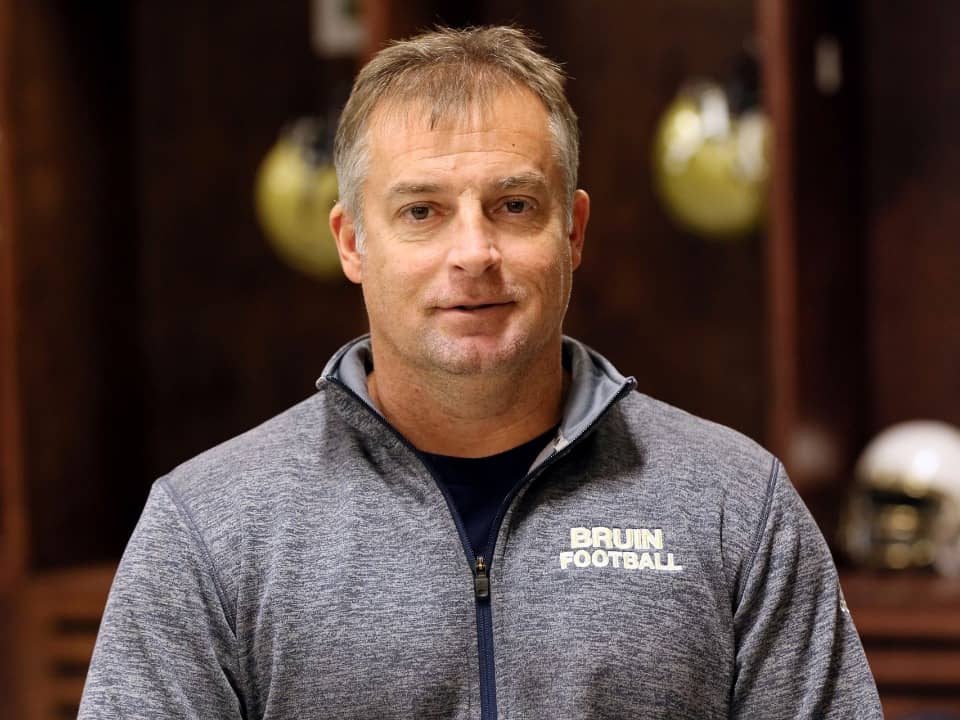 Kevin Kelley is an American Football coach well known as the head coach of Pulaski Academy prep school in Arkansas and has also recently joined as the head coach with the Presbyterian college. He has years of experience as a coach and is well-known and respected for his work.

Kevin Kelley was born on 25th June 1969 in Hot Springs Arkansas, USA. He was born in a white Caucasian family and believes in Christianity. He has not shared much about his parents and background and is not known to have any siblings either.

Kevin completed his high school education at Glenwood High school in Glenwood, Arkansas, and for his further studies, he went on to attend Henderson State University in Arkadelphia, Arkansas. He graduated in 1992 with a degree in science.

Kevin started his career as a coach in 1993 when he joined Carrolton Farmer Branch Independent School in Texas as the head coach for 7th-grade teams. He worked there till 1997 and also taught earth sciences. Kevin later went on to join the Pulaski Academy in Arkansas in 1997 as an offensive coordinator. He worked at the position until he was promoted as head coach in 2003. At Pulaski, he opted for various strategies of coaching including Punting and attempting fourth-down conversions and Onside kicks.

His strategies helped the team to win nine Arkansas Activities Associations (AAA) state championships from 2003 to 2020 and the team ranked 5th in the top 10 Arkansas football teams. By 2020, the team became the number 1 team and the most dominant in Arkansas high school program. Under his direction, the team became the only school team in Arkansas to win four consecutive AAA championships from 2014 to 2017. He was also listed as the 15th Highest all-time winning percentage high school coach for his work with the Pulaski team. He was inducted into the Arkansas Hall of fame in 2021.

In 2021, he was also hired by Presbyterian College as the 16th Head coach and led the team to compete at the Pioneer Football League and his debut match as a coach was against St Andrews Knights where his team performed with excellence and won with a score of 84-43 with the help of Ren Hefley acting as a catalyst for the win with 10 touchdowns. His team managed to set a new Division I team record of 12 touchdowns.  After the amazing performance by his team, he was highly praised for his skill and knowledge in the sport.

Kevin is currently married to his wife Dana Kelley but has not shared details about his personal and married life. The two have been married for several years and also have two children together whose names have not been shared.

Kevin has been working as a coach for several years and has held the top positions at Pulaski school and is currently at Presbyterian college. He earns a lot through his career and also through every win that his team manages to make. His net worth as of 2021 is estimated to be around $500,000.