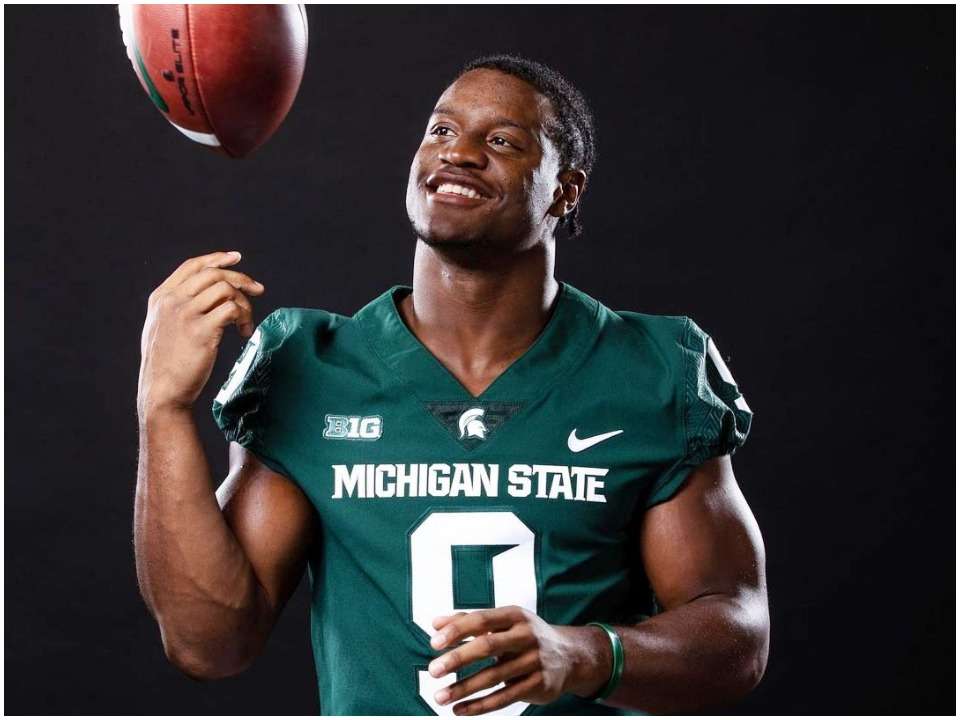 Kenneth Walker III is an American collegiate football running back currently playing for the Michigan Spartans team. He also has experience of playing previously with the Wake Forest Demon Deacons where he had a flourishing career. He has come out as one of the most looked forward to players this season.

Kenneth Walker is the son of Kenneth Walker, Jr. and Shaunteshia Brown and was born in the year 2000 but his exact date of birth is not known. He belongs to the African-American ethnicity and believes in Christianity but has not shared much about his family, siblings, and background. Kenneth completed his high school education at Arlington high school in Tennessee and later for his college career; he went on to join Wake Forest University in 2019. Kenneth stayed at the college for only two years and later transferred to Michigan State University in 2021 for his junior year. He is studying communication major.

Kenneth started his football career in high school where he was part of his school football team and maintained an excellent school record after which he joined Wake Forest University football team Wake Forest Demon Deacons in 2019. He played his freshman and sophomore season with the demon deacons as a running back and maintained great records with a total of 1158 yards and 17 touchdowns. Walker played two seasons with the team but in the 2021 season, he transferred to Michigan State University in junior year. He joined the Michigan State Spartans team.

In his first season with the Michigan team, he became the starting running back. Recently, in a game against Michigan Wolverines, he ran 197 yards and recorded 5 touchdowns, and led the team to win with an 8.6 avg. It also became his second game in this season where he scored more than four touchdowns. He has recorded a total of 991 yards and 9 touchdowns so far this 2021 season.

Kenneth has not shared much about his personal life and has kept the details out of the media attention. His relationship status as of now is unknown as he is not known to be dating anyone at the moment. He also does not have any previous relationships. Kenneth currently has 10.3k followers on Twitter since he joined the platform in 2016. He is also highly active on Instagram where he currently has 32.6k followers. he only shares about his career and future on his social media platforms and is not very open about his private life.

Being a collegiate level player, Kenneth currently does not have any regular income, however; he earns a lot of income through all the matches and games won with the college teams. He is currently settled with his family and his family net worth is estimated to be around $900,000.