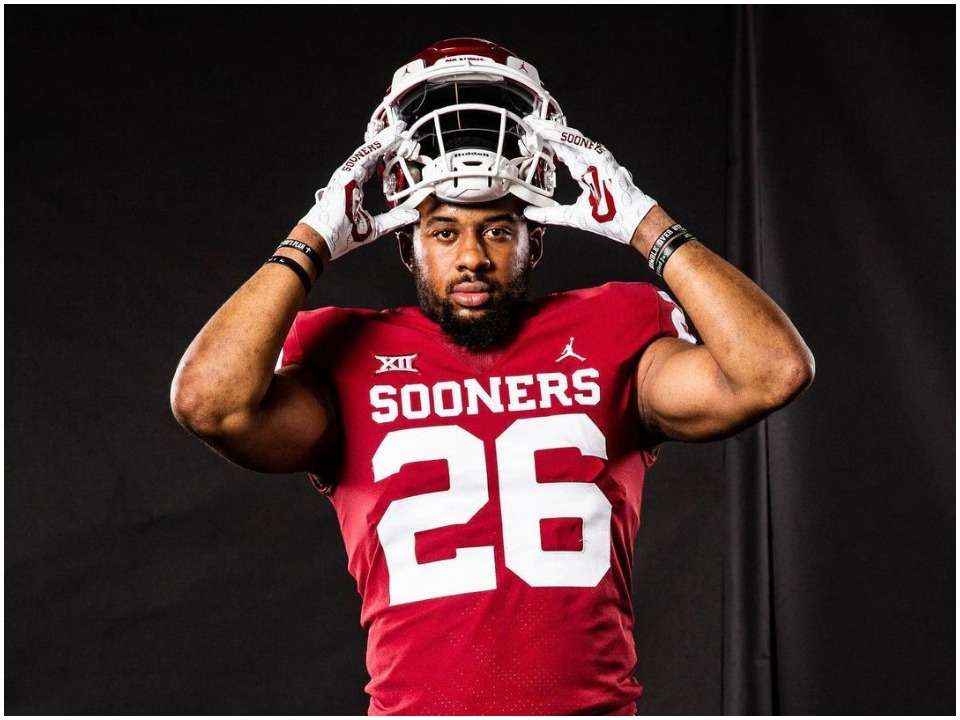 Kennedy Brooks is a professional football player who plays as a running back for the Oklahoma Sooners Football. He’s been playing college football since 2017 and at the moment, he is considered one of the bright prospects for the upcoming NFL Draft 2022.

Kennedy Brooks was born in Mansfield, Texas, in the United States on October 8, 1998. His parents’ names are unknown at this time because he has never spoken about his parents’ occupations or siblings in the mainstream media. He appears to be his parents’ only child, and they have been extremely supportive of him. Kennedy attended Mansfield High School in Mansfield, Texas, for his education. Later, he attended the University of Oklahoma Sooners to pursue his education.

Kennedy began playing football in high school, and by the time he graduated, he had accumulated 7658 yards and 96 touchdowns. During his college years, he was selected by the Oklahoma Sooners. Due to a shoulder injury, he missed his debut season at Oklahoma in 2017. In 2018, he came back from injuries to carry for 1056 yards on 119 carries with 12 touchdowns. He backed that up in 2019 with 1,011 yards and six touchdowns on the ground. Brooks sat out the 2020 season due to COVID-19 issues, but he’s back now with the second-best team in the country.

Kennedy Brooks, a running back from Mansfield, Texas, is a hard worker who always gets the job done. He’s not the most outgoing person. He’s also not the most boisterous person. He simply straps on his pads and runs fast and smart. Every single game. While playing at full game speed, he appears to be jogging. Brooks returned to the Sooners after the Sooners thrashed the Florida Gators in the Cotton Bowl, after taking the 2020 season off due to COVID-19 concerns.

He is currently single in his personal life. He is not in a relationship. We don’t know much about his previous relationships or his previous engagements. He has no offspring, according to our database. He is active on social media platforms such as Instagram and Twitter. On Twitter, he has 13.2 thousand followers. He has 19.9 thousand Instagram followers.

The athlete’s net worth is expected to be around $1 million in 2021. Unfortunately, no information on his pay is available at this time. His football profession is the main source of his income and net worth.