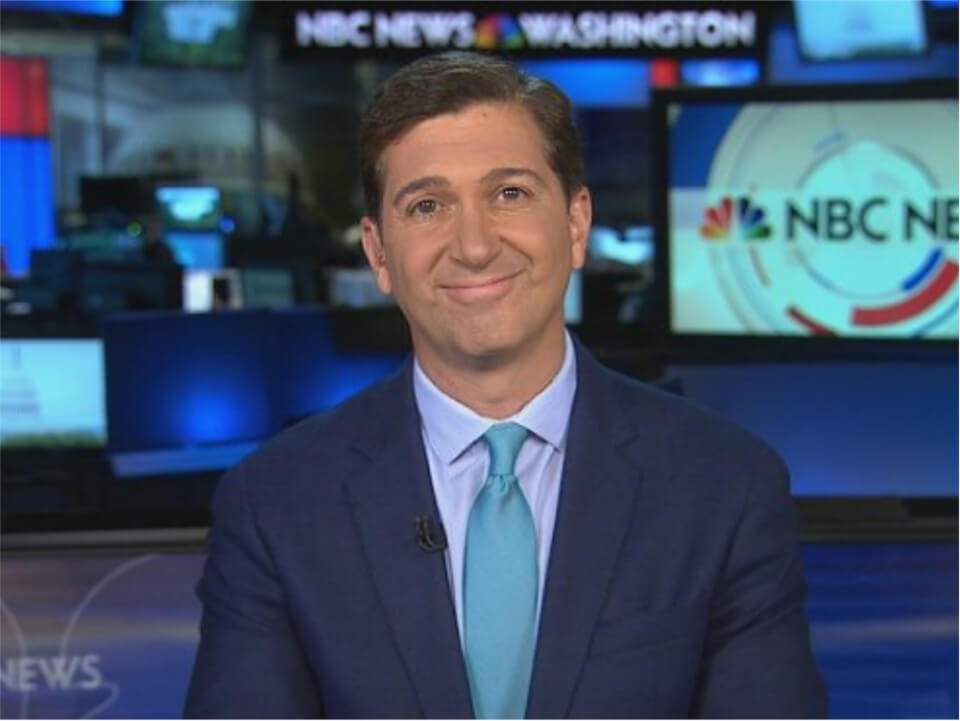 Ken Dilanian is an American personality known as the famous NBC News national security reporter based in Washington, United States. He reports for all the platforms of the network including television and digital platforms. He is a regular host of the “NBC Nightly News with Lester Holt” and MSNBC’s shows. Ken has spent around 24 years working as a reporter for different media outlets including the Associated Press, the Los Angeles Times, USA Today, and the Philadelphia Inquirer.

He was posted for three years in Rome and he was responsible for covering Europe and the Middle East. he made multiple trips to Iraq and reported on war during the time. He is a multi-award-winner reporter, who has performed his investigation into government dysfunction, including the Casey Medal for Meritorious Journalism for a series on the deaths of children under supervision by child protective services.

Ken Dilanian was born on 13th May 1968 in East Longmeadow, Massachusetts. His parents Kenneth Jacob Dilanian Sr. and Barbara Dilanian raised and taught him moral values. Ken grew up with her sister Jane Dilanian and he enrolled at East Longmeadow High School for basic school education. From 1987 to 1991, he received his bachelor’s degree in political science and history as a three-year starter on the football team.

Ken began working as Rome Correspondent, Investigative Reporter, and Political Reporter (with each position getting promoted within intervals)for Philadelphia Inquirer from January 1997 to January 2007, summing up to nearly 10 years. During the time, he worked as an independent reporter and went to Baghdad for live reporting on the Iraq war. He reported live on the news covering immigration, terrorism, and social trends in Europe; Philadelphia City Hall; and the Pennsylvania State House. After the Philadelphia Inquirer, Ken worked for three years for USA Today starting with the position of State Department Correspondent and then promoting to other positions including Investigative Reporter, and Congressional Correspondent.

During his tenure of three years, he covered live reporting on Congress, the 2008 presidential campaign, the State Department, and foreign policy. Later, Ken worked for Los Angeles Times as National Security Correspondent from April 2010 to May 2014, summing up to 4 years and two months. While working for the media outlet, he also covered the intelligence community in the Times Washington Bureau and other newspapers like Chicago Tribune, Baltimore Sun, etc. For one year and nine months (May 2014 to January 2016), Ken worked as Intelligence Writer for Associated Press. The designation or the job profile was based in the Washington, DC, Metro Area.

Ken Dilanian is a happily married Massachusetts native, residing with his small extended family of four members including him in the United States. His wife’s name is Cathy Yoon and the pair exchanged the rituals of marriage on 3rd May 2003. Ken’s wife Cathy is of Korean descent and is a graduate student of Bryn Mawr College with a major in English Literature and East Asian Studies. Cathy is known to be working at CrowdStrike as an administrative assistant. The couple is raising together two sons named Kenneth III and Maxwell.

Ken Dilanian is a TV journalist, Investigative reporter, TV host, and writer for NBC and MSNBC networks. Surely, he is earning well because of his only profession of reporting. For the moment, Ken’s estimated net worth is somewhere around $1.5 million to $2 million.