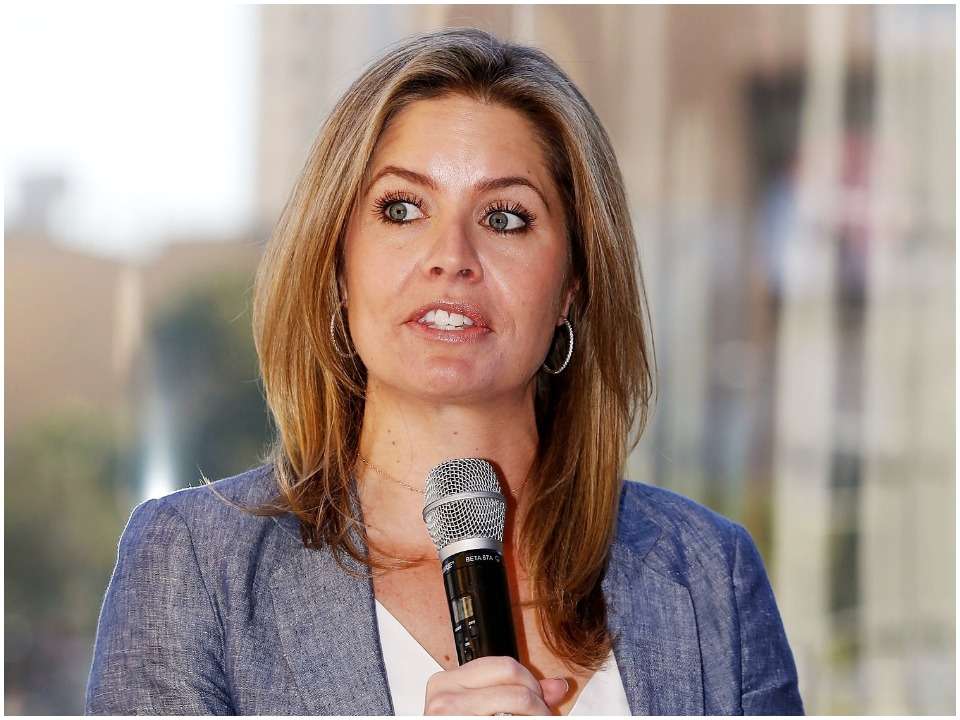 Kelli Stavast is an American sports commentator and anchor currently working for NBC sports. She is famously known for her work in covering motorsports events and is also currently covering the NASCAR and the Indycar series. She is also well-known for her coverage of several events at the Olympic games.

Kelli Stavast was born on January 30th, 1980 in Colorado, USA, thus she is 41 years old. She grew up in a white Christian family in Colorado but has not shared any information about her parents or other family members. Kelli completed her high school education from a local high school in Colorado and later for her college education, she went on to attend Chapman University. She graduated with a bachelor’s degree in broadcast journalism in 2002.

Kelli started her career as a sports commentator in the year 2002 after her graduation. She initially started working as a freelance sports reporter for a few years. Kelli then started her broadcasting career while working at NBC affiliate KKCO in Colorado as a sports anchor. She worked with sports news channels like Speed and ESPN as a pit reporter where she covered various motorsports events. She also gained experience in covering the Grand –Am, American Le Mans Series (now unified as IMSA), Stadium Super Truck series, and Lucas Oil Off-Road Racing series.

Kelli joined NBC in 2015 and started covering NASCAR as a pit reporter. She became one of the four pit reporters for covering NASCAR and the Xfinity series for NBC and joined the broadcast team along with Dave Burns and Mike Massaro. While working with NBC, she covered the diving sport at the 2016 Rio Olympics and freestyle skiing at the 2018 Winter Olympics in Pyeongchang, South Korea.

Kelli was recently in a lot of media attention after her interview with the NASCAR champion Brandon Brown. While the crowd in the stadium were chanting curse chants against Joe Biden following the recent trend these days, Kelli misinterpreted the chant as “Let’s go Brandon”. The video of the interview which was uploaded by NASCAR was deleted after they figured out the real chants that were being said in the crowd. Kelli immediately became the center of all the memes and trolls after the incident. The chant has now become an Anti-Biden chant to mock the Democrats and Biden government.

Kelli is highly active over social media platforms and currently, on her Instagram account, she has a following of 4705. She often posts about her work experiences and pictures with friends and colleagues. She also owns a Twitter account since 2012 where she currently has 10.1kfollowers.

Kelli is currently a married woman who tied the knot with Gavin. The couple met for the first time through a common friend Kurt Busch. Much is not known about her husband’s occupation or background but it is known that the two go engaged in 2016 and finally got married in 2018. She moved to Las Vegas after her engagement and has been settled there ever since. She is also known to be a dog lover and owns two beagle puppies named Coco Pup and Cashew Chicken.

Kelli Stavast has been working as a sports commentator for several years and has gained a lot of respect and wealth through her profession. She actively reports several sports and motorsports events for NBC. Her Net worth as of 2021 is estimated to be around $1.4million.