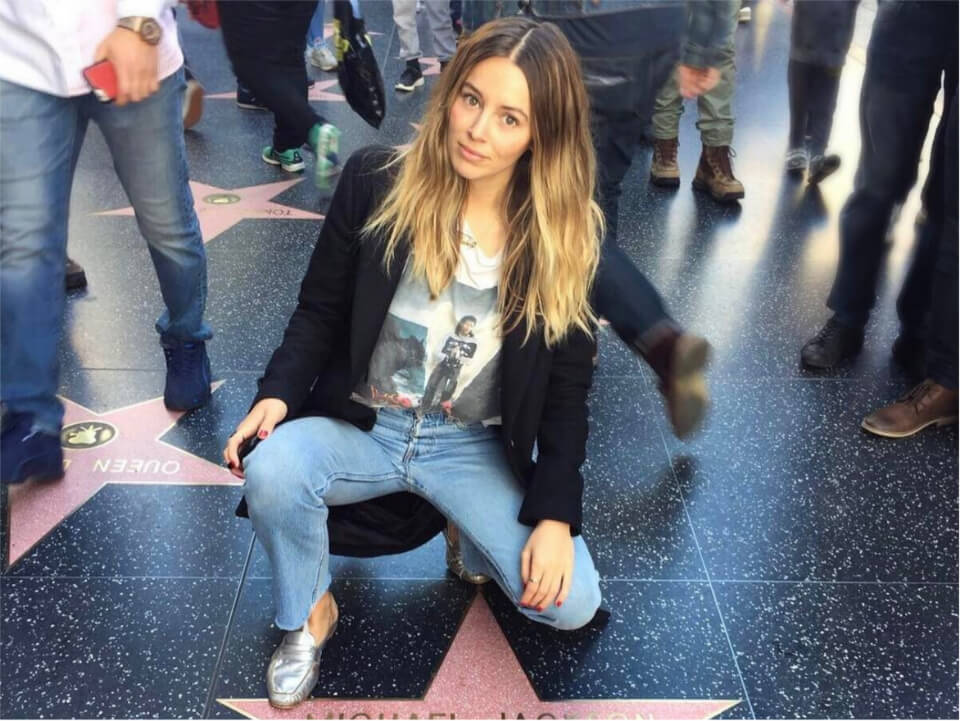 Keeley Hazell is an English female model and actor. She has worked as the Page 3 girl for magazines like FHM, Loaded, Nuts, and Zoo Weekly. She has worked on both small and big screens. After receiving commendable comments from the TV series and shows, she began acting and dwelling on the same career. She performed the featured role in the films like Horrible Bosses 2 (2014) and the streaming television series Ted Lasso (2020).

Keeley Hazell was born on 18 September 1986 in Lewisham, London, England, and was brought up in Grove Park, where she went to the Ravensbourne School. Her mother’s name was Amber, and she worked professionally as a dinner lady. Her father’s name was Roy, and he was officially a window fitter.

Hazell left the school at the age of 16 and began working as a hairdresser. After getting advice from her colleagues, she began finding her luck in modeling. Later, she attended The Daily Star’s “Search for a Beach Babe” contest and participated. She won the competition, and she was only 17 years old at that time. She began posing for Page 3, and still not considering herself young enough for all these things, she went to study fashion.

After that, one of her friends suggested that she participate in The Sun’s Page 3 Idol competition. Despite going through various hurdles, she somehow submitted a few photos for the competition. Eventually, she was chosen as the winner. Later in December 2004, she won £10,000 worth of “sexy clothes” and “a one-year membership of the Rex cinema and bar” and also received a one-year exclusive glamour modeling contract with The Sun.

In 2005, She started appearing on the front cover of Maxim magazine in June, the front cover of FHM in September, and the front cover of Loaded magazine, the following year in January. She also appeared on the cover page of The Sun’s 2006 and 2007 Page 3 calendars, having her 2007 years’ editions with nearly 30,000 selling copies within the first few days of the release.

Later in 2008, she came in contact with the agent Ginny Mettrick, who co-founded a modelling agency called Muse Management, along with Hazell. After that, the news was announced by Peta Todd in the August edition of Loaded, stating that Hazell had given up modeling to pursue her career in acting. Thereby, she started receiving acting lessons in America.

Keeley Hazell has been working in the film industry since 2006 when her first video game was released in June for the PlayStation2 and PlayStation Portable. Later in 2008, she became the face of MotorStorm: Pacific Rift for PlayStation 3. She had a small role in one of her 2006’s movies called Cashback. The following year she became the talk of various producers and movie-makers.

Thereby, she started getting regular work and acted in the television series Baywatch. She had the first lead role in the short film Venus and the Sun. Following the same, she was selected for another small role in the movie Like Crazy, which later became an award-winning film, including the Grand and a Special Jury Prize.

The breast cancer awareness campaign highly touched Hazell. The campaign was launched by “Breakthrough Breast Cancer,”- and it was named ‘TALK TLC.’ the campaign aimed to promote awareness about breast cancer. Hazell signed up for the campaign that held nearly 100,000 women and spanned 40 years. This made the drive the largest and most comprehensive of its kind. She also posted nude pictures supporting furry pets for PETA (People for the Ethical Treatment of Animals), symbolizing how animals survive after removing their furs, and it doesn’t look as sexy or glamorous on human beings.

Various sources revealed that back in 2021, Keeley was romantically linked to her co-star Jason Sedeikis, who worked with her in films like “Ted Lasso” and “Horrible Bosses 2”. Hazell is available on Instagram by the name @Keeleyhazell, where she describes herself as a writer and actor. On her Instagram, she has posted many pictures without any description of her family.

Her journey as a fashion model from page 3 girl is really inspiring for young girls who are thinking to pursue modeling as their main career. She has appeared in leading and some of the most famous men’s magazines throughout this journey. Whatever she earned came from her modeling and influencing work mainly and her net worth is estimated at around $5 million.