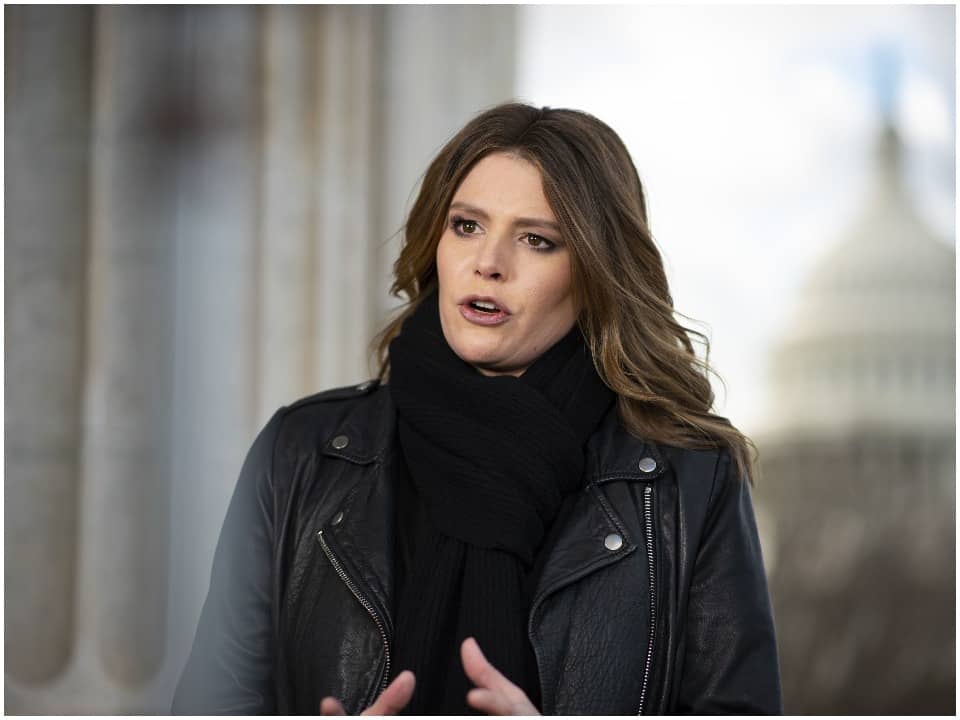 Kasie Hunt is an American Politician reporter. She used to work for NBC News Capitol Hill and covered news based on congress and related politics all for NBC News and MSNBC platform. She used to host MSNBC’s show “way too early with Kasie Hunt”. But now she has disclosed her departure from the show. On 16th July 2021, she announced her departure at the end of the show and said that this would be her last show with all her co-hosts while adding that she is having more in her next journey in the next few weeks. She indicated that she is going to leave the network and thanked everyone at NBC news, at MSNBC, and Mika for insisting on her to “know your value”.

By saying that “you should know your value” she referred to Morning Joe co-host Mika Brzezinski who wrote the motivational book- Know your value. The book came out to be among the best-selling. At MSNBC also, one of the spokespersons confirmed the news about Kasie Hunt’s leaving the platform. However, it was also confirmed that the show “Way Too Early” will continue to be broadcasted in the meantime.

She was born on 24th May 1985 in Michigan and spent the rest of her life in Wayne, Pennsylvania. She is the daughter of Bruce and Krista Hunt and has a younger sibling named Carly Hunt. Her father used to work for real estate design and construction for Penn Medicine whereas her mother is a yoga teacher in Easton. Her younger sister is a former golfer who used to work for both Georgetown Hoyas and Maryland Terrapins and was admitted to the women’s golf team. Kasie graduated from Conestoga High school and went to George Washington University to complete her degree in International Affairs in 2006. Afterward, she went to St John’s College, Cambridge to receive her master’s degree in sociology.

Kasie Hunt started her career while being an intern in one of the political units of NBC News. She was then appointed as health policy reporter writing about the affordable care act. While continuing with her work she wrote for Politico covering midterm elections of 2010. Then in August 2011, she started working as a political reporter for the associated press and covered the campaign of Romney in 2012. Then in January 2013, Kasie Hunt joined NBC News and was appointed to cover the political news of congress. She started appearing regularly on the platform. Then in 2014, she was appointed as a political correspondent. She started writing for MSNBC and appeared regularly with Bloomberg shows that further included With All Due Respect, the talk show Hardball with Chris Matthews, and Morning Joe.

While continuing her work on NBC News, she began with anchoring her talk show Kasie DC in October 2017. The show used to appear on the channel at 7 p.m. and 8 p.m. ET. The final episode of the show appeared on 13th September 2020. On September 21, 2020, she began anchoring MSNBC show “Way Too Early” which used to air on the channel from 5 a.m. to 6 a.m. ET. And later on 16th July 2021, Kasie announced her last day as a host of the show “Way Too Early” and said goodbye to everyone on the platform including NBC and MSNBC News.

Kasie is a wife to NBC News producer Matt Rivera. They both had been dating each other for few years but didn’t disclose anything in the news or social media platforms. Later on May 6, 2017, they both tied the knot of marriage. In September 2019, she gave birth to a baby boy named Mars.

For many years, She had been working as a journalist. And there is no doubt that she had been earning a decent amount. Her average salary is estimated to be $ 250000 per year. According to Factsbuddy.com, she is estimated to earn $3 million.