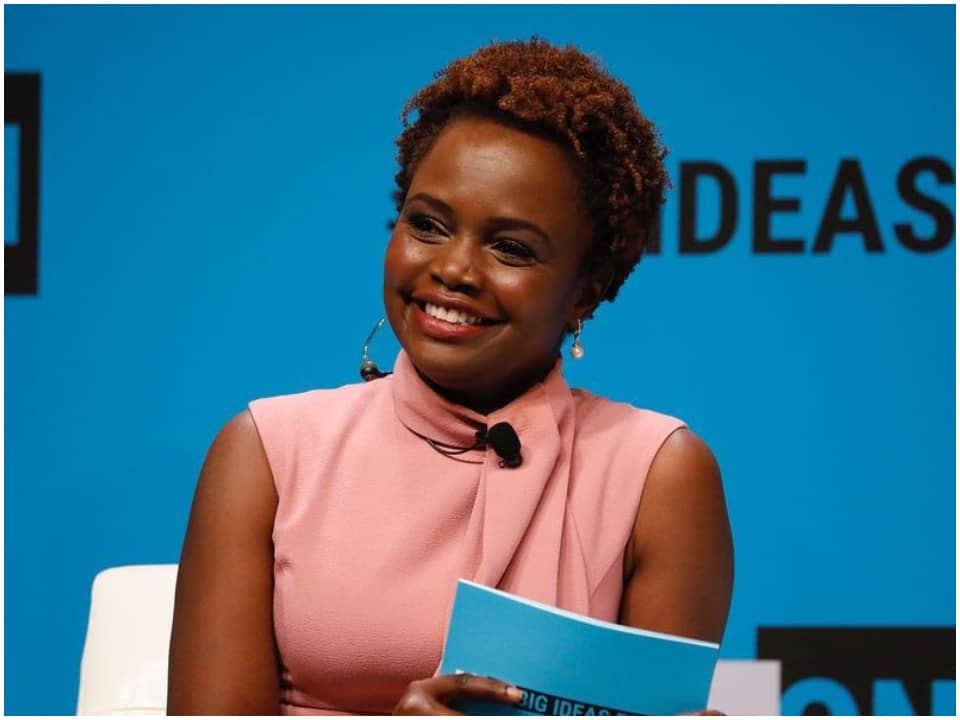 Karine Jean-Pierre is an intelligent and professional American political campaign organizer, activist, political commentator, and also author. She is a famous politician who is known to have been working as a White House Principal Deputy Press Secretary since January 2021 in Biden Administration. Recently she has been officially announced as the 35th White House Press Secretary who will succeed Jen Psaki on 13th May 2022. With this, she became the first black and gay person to manage the duties of the Press Secretary.

Karine Jean was born on August 13 in 1977 in Fort de France, Martinique. She was raised in Queens Village in Queens where her mother worked as a home health aide and her father worked as a taxi driver for most of the days of the week. Jean is the oldest of the three siblings and has played a major role in raising her two younger siblings. As a student, Jean graduated from a local high school after which she attended the New York Institute of Technology. Later she attended the school of International and Public Affairs at Colombia University from where she received her degree of MPA.

Jean’s career started as soon as she graduated from the University. She got her first job in 2006, as the director of legislative and budget affairs for New York City councilor James F. Gennaro. Later she was hired as the outreach coordinator for Walmart Watch in Washington D.C. in the USA. In 2008, Jean was the political director for John Edwards’s presidential campaign and joined the faculty of Columbia University in 2014 where she serves as a lecturer on international and public affairs. Jean was the regional political director for the White House Office of Political Affairs in 2008 during the Obama Administration’s first term.

Apart from this, she also served as National Deputy Battleground States Director for President Obama’s 2012 re-selection campaign in the year 2011. In 2016, Jean was named as the senior advisor and national spokesperson for the 2016 presidential election by MoveOn.org, after which in 2019, Jean moderated Move On forum which featured vice presidential candidate Kamala Harris as an animal rights activist who jumped onto the stage toward her and grabbed her microphone. Jean physically intervened until the security removed the man from the stage.

Jean served as a senior advisor in Joe Biden’s 2020 presidential Campaign and the team was joined by her in May 2020. Later in July, it was announced that Jean would serve as a Chief to Staff for Biden’s vice presidential nominee. In November 2020, Joe Biden’s team announced that Jean had been tapped by the Principal Deputy Press Secretary and on May 26, 2021, Jean gave her first White House press briefings when she became the first openly gay woman and the first Black woman to do so since 1991.

The 43-year-old woman is an openly gay supporter and currently living with her spouse Suzane Malveaux. Suzane is a correspondent at CNN the couple has adopted a daughter together whose name is Soleil Malveaux. In order to avoid conflict of interest between them, Suzane will stop covering politics although will continue to report about current affairs and cultural events with national as well as international updates. They currently live happily as a family in the Washington D.C area in the United States of America.

Jean has an estimated net worth of $ 1 million. Jean earns this sum of money through her job. Her main source of income is her political career and she earns some part of her income as an author or activist. She is expected to have an increase in income as she is still getting promoted in her position through her skills and experience.