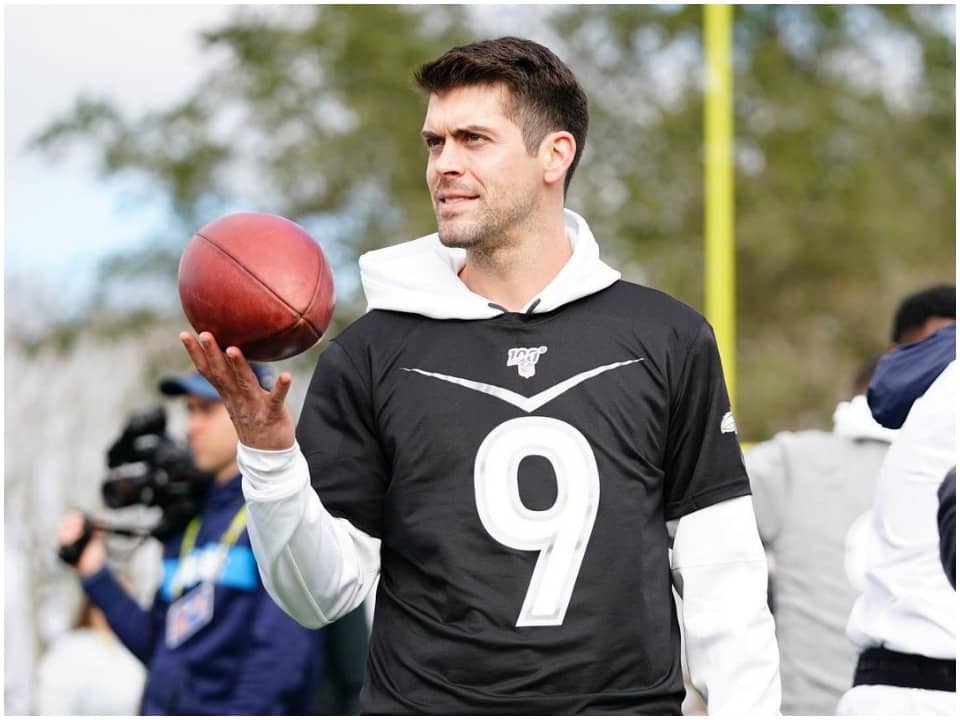 Justin Tucker is an America-based professional football placekicker who plays for the Baltimore Ravens of the NFL (National Football League). Earlier he used to play college football for the University of Texas Longhorns. Later, he was signed by Baltimore Ravens where he started his professional career while being an undrafted agent in 2012. He is one of the most accurate placekickers in the history of the NFL who has the record of kicking the longest field goal of about 66 yards which he set on 26th September 2021.

Justin Tucker was born on 21st November 1989 and his parents are Paul and Michelle Tucker, who both attended the same university. Apart from this, he has two sisters, Samantha and Nicole. Nicole also completed graduation from Texas while Justin done majors in recording technology. As far as his early education is concerned then Justin done his graduation from Westlake High School, Austin, Texas. Tucker remained a standout player from high school as he was ranked at 3rd spot in the list of the best placekicker in the whole nation by ESPNU. At Westlake, Justin has a teammate named Nick Foles who is currently playing as quarterback for the Chicago Bears.

During his earlier days, Tucker was not selected as a drafter under the category of 2012 NFL Draft. Later he was signed by Biltmore Ravens on 29th May 2012 where he participated in camps and honed his game with placekicker Billy Cundiff. After seeing his performances, he was named as the starter and Billy Cundiff was later released. Tucker was known for his accurate kicking till 2020 when he didn’t miss any kick until week 5 of the 2020 season. He missed the kick against Cincinnati Bengals that was rushed for 61 yards but he failed the attempt.

In Week 14 on the Monday Night Football game, while being against Cleveland Browns, Justin kicked a goal-winning kick with 55 yards that made the ravens win by the overall score of 47-42. Because of the difficult wind conditions, Justin missed the pair of field goals that made his team make the overall score of 17-3 that was the big loss to the Buffalo Bills on 16th January 2021. On 26th September 2021, Tucker kicked one of the longest kickoffs with a 66-yard winning field goal as the time expired with a 19-17 win over Detroit Lions.

Justin Tucker is married to his long-time love named Amanda Bass. They both had been together since their college days. The couple met in college and since then they have been living a happy love life. Justin proposed Amanda in a unique style in 2013. He took Amanda on a dinner date and went to a fully decorated place with candles and red roses. He went down on his knees while proposing to her. The moment was later filmed and stole the heart of many while getting stormed on the Internet. Later in 2015, the couple got married in Austin.

On 4th March 2016, Justin Tucker first signed the franchise tender which paid him off $4.5 million. He signed a four-year contract with ravens that paid him off $16.8 million that was later extended till 15th July 2016. On 24th April 2019, Tucker signed a four-year contract that further paid him off $12 million that kept him under the contract through the 2023 season. Recently, he is playing for the Baltimore Raven for which he kickoff the longest field goal in the history of the NFL. He is estimated to have a net worth of around $5 million.