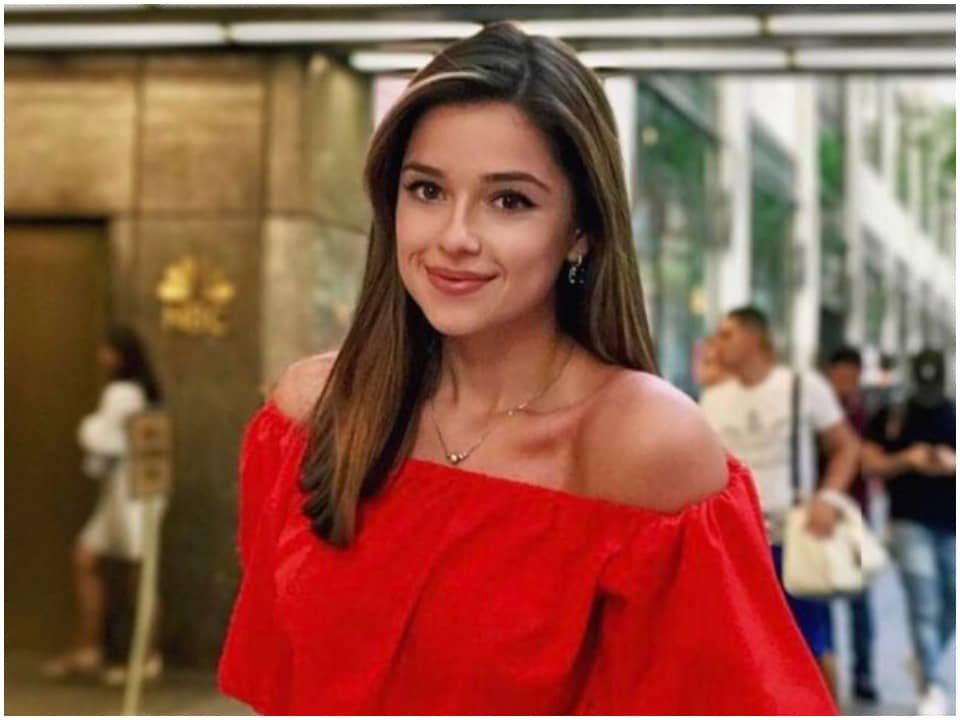 Julie Tsirkin is an American Journalist famously known as New York Bureau producer for white house correspondent. She is also well known for being the youngest full-time producer at NBC. During her college days, she didn’t want to be a journalist but destiny has already decided her future and now she is enjoying it the most.

Julie has not shared much about her early life, background, and family. She is known to be of Russian and well American descent as her father Vladimir Tsirkin is Russian while her mother is American and thus is of Mixed ethnicity. Although she has not revealed about her parents, she is known to have grown up in New Jersey, USA. Julie celebrates her birthday on the 23rd of August every year, and she was born in the late 1990s in New Jersey. Looking at her photos it looks like she is living in her late 20s as of now. Julie has not shared much about her early education but it is known that she completed her high school education at Dr. Ronal E McNair High school in New Jersey.

She graduated from Rutgers University in New Brunswick school of communications and information in 2017 with a distinction. Julie joined the university in the bachelor’s law program and after graduation, she intended to become a lawyer. She kept on preparing for LSATs during her college years. However, she changed her mind about law and instead wanted to pursue journalism. Thus she soon changed her major from law to journalism.  She also joined one year course on Art History at the John Cabot University in 2015. Julie excelled at university academically and was a good student. She is fluent in English, Russian as well as Spanish Languages.

Julie started her Journalism career in her senior year of college and went on to intern at news channels after she changed her mind about her career.  She started interning as a production intern at MSNBC network in 2016 during the presidential elections. Later, in 2017, she also became the Anchor producer and assisted anchors in researching stories. After her graduation, she got a job as a desk assistant on the NBC news channel in 2017 in New York. She worked at the job till 2018. In 2018, she was appointed to the election team on the MSNBC channel where she covered all the stories about the Election 2018 as a lead producer and was in charge of coordination among different units and executive producers.

She was later promoted as a digital producer and started working under Hallie Jackson, chief white house correspondent for the channel. Julie covered NBC’s digital politics and reported political news and also assists in shooting as well editing various live broadcasts for the channel. She worked at the job till 2019. Later, she started working as a Capitol Hill Unit producer and reporter for an NBC news channel based in Washington DC. She has received several honors over the years for her excellent work in the field as was honored with Gloria Stiem Media Mentoring Programme by Rutgers University in 2018. She has also been invited to various prestigious media events and also attended the UN Global Business summit.

Julie has not shared much about her personal life and relationships but is currently known to be in a relationship with Gavi Reichman. Not much is known about Gavi except for the fact that he is a New York Jets Enthusiast. The couple recently got engaged to be married at Landsdowne Resort in Leesburg and have posted pictures of engagement on social media profiles. She is currently settled in Washington DC. Julie is highly close to her parents and is also a pet lover. She also has a pet dog named Stevie. She loves to spend time with her friends, family, and boyfriend and often goes on trips and travels.

Julie has been working as a journalist and producer at MSNBC as well as at the NBC news channel. She has been highly active in her career and is come to be a well-known personality among the journalist fraternity. Julie has worked hard in her profession and secured a lot of recognition and wealth. She had mainly sourced her income through her profession as a journalist. Her estimated net worth as of 2021 is assumed to be around $600,000.