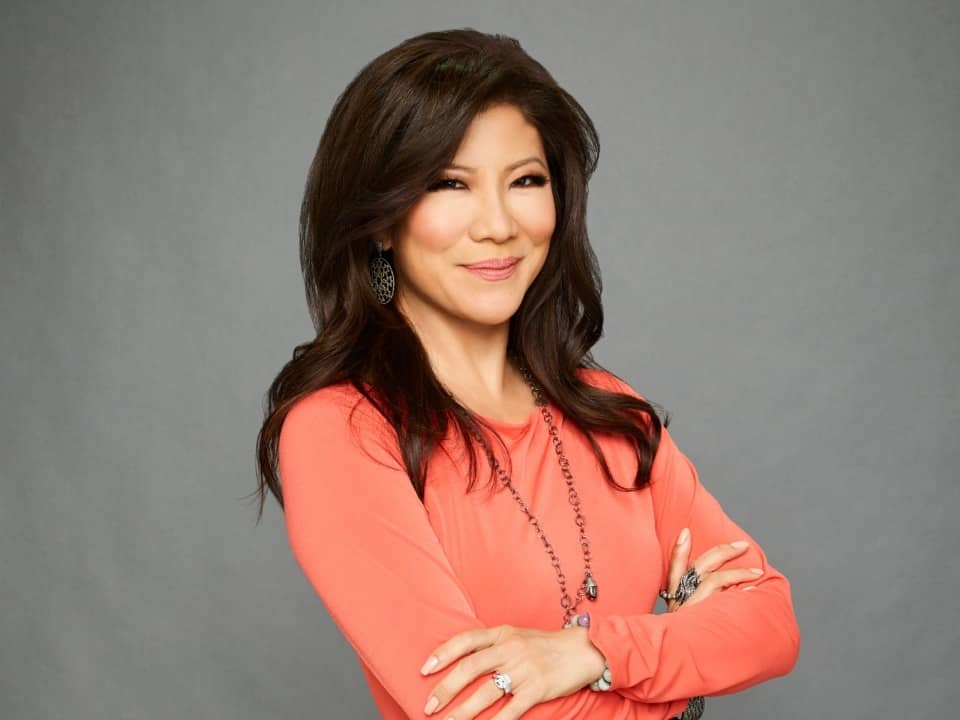 Julie Chen is a well-known American news anchor, reporter, journalist, TV host, and producer for CBS. She has been the host of the American reality show ‘Big Brother’ started by CBS ever since the show debuted in 2000. Julie was the co-anchor of CBS’s ‘The Early Show” and also worked as the moderator and co-host of ‘The Talk;’ the daytime talk show run by CBS for eight seasons.

Julie was born on January 6, 1970, in Queens, New York City. She was the daughter of Chinese immigrants Wang Ling Chen and David Chen. Julie’s mother was brought up in Rangoon, Burma, and her father David was born in China and fled to Taiwan during the Chinese Civil War. Julie has two older sisters named Victoria and Gladys.

Julie attended Junior high in Whitestone, Queens, and graduated from St. Francis Preparatory School in 1987. She graduated from the University of Southern California in 1991 with a double degree in English and Broadcast Journalism.

Her first job was in June 1990, where she interned at CBS Morning News alongside Andy Cohen. The next year, while she was still studying, she worked as a desk assistant for ABC News One for one season. In 1992, she moved to Dayton, Ohio, and worked as a local news reporter for WDTN-TV. From 1999-2002, She was the anchor of various shows like the ‘CBS Morning News’ and ‘The Early Show’ alongside other journalists like Hannah Storm, Jane Clayson, Bryant Gumbel, Harry Smith, etc. from 2002-2010.

She was the news anchor of ‘CBS This Morning’. Before joining CBS News, she was a weekend anchor and reporter at WCBS-TV in New York. She has been the host of the American version of the show ‘Big Brother’ since 2000. The upcoming season, Season 23 of the show will mark her 26th season of hosting the series and she also said that she is glad to be a part of it. Chen was also the co-host and moderator of the ‘CBS Daytime talk show, ‘The Talk’, which premiered on October 18, 2010.

Although Julie has never been involved in a controversy personally, on September 18, 2018, Julie announced that she might not be able to return to the show ‘The Talk’ as she had to spend time with her husband Les Moonves as he was combating sexual harassment allegations against him as many women had accused him of sexual misconduct.

In 1991, when she worked as the news assistant for ABC News in Los Angeles, she met Gary Donahue, a television news editor. They then dated for a while, although the relationship did not last long. She later dated the president, Chief Executive officer at CBS Television, Les Moonves while he was still married to Nancy Wiesenfeld Moonves. After their Divorce on December 10, 2004, Julie Chen and Les Moonves got married through a private ceremony in Acapulco, Mexico.

On September 24, 2009, she gave birth to a boy named Charlie. She confessed that her decision of blepharoplasty “divided” her family, but said that she does not regret any of her decisions and has learned to accept their consequences.

Julie Chen has a net worth of about $20 Million. She receives a salary between $33,774 to $112,519 annually. Her net worth includes all her income, money, and assets. The primary source of her income is her career as a journalist.

Without any second thoughts, she left a show just to accompany her husband when he was accused of sexual assault. This clearly shows the importance of her family in her life. Although the profession is important, family is important as well, and Julie has proved this to us.