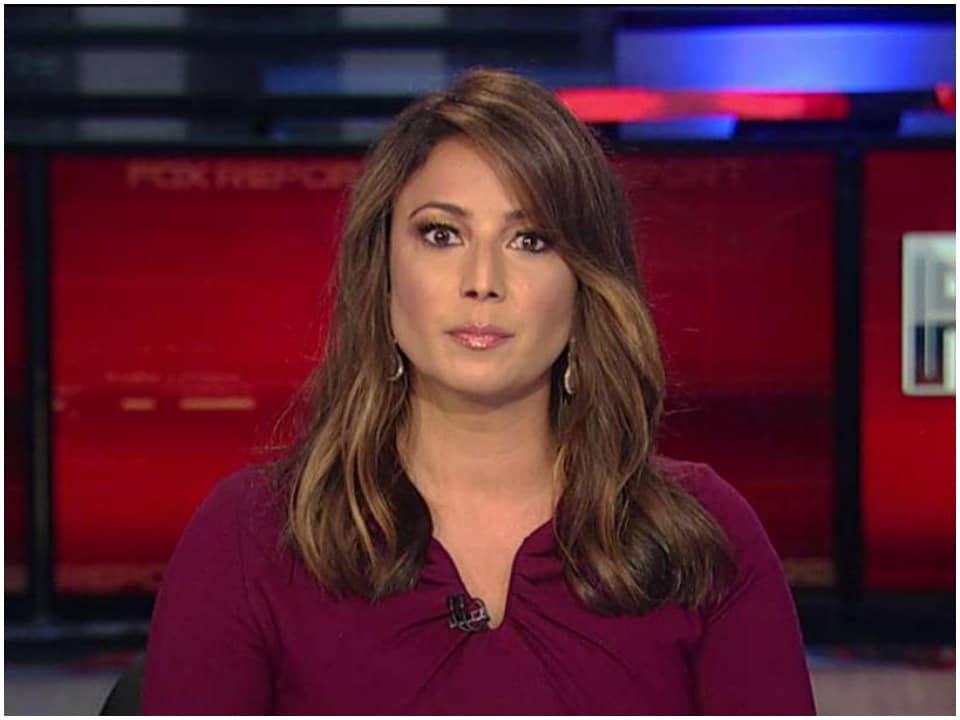 Julie Banderas is an American television news anchor for the Fox News Channel. She formerly hosted Fox Report Weekend and considered as one of the toughest journalists, who is extremely known, especially for how she is not afraid to call out anyone on their behavior. She is the host of “The Big Story Weekend” on Fox News Channel.

Julie Bidwell and currently know as Julie Banderas was born on September 25, 1973, in Hartford, Connecticut. However, there are sources that claim she was born in the year 1974 which still remains a mystery until Julie herself reveals it. She is the daughter of Fabiola R and Howard Dexter Bidwell. Her father was a Navy veteran and a civil engineer with his own company Consolidated Precast Inc. Banderas has a sister and four half-siblings from her father’s previous marriage. Her siblings are Melissa Bidwell, Marybeth Bender, Howard Bidwell, Tracy Bidwell, and Susan Williams. She graduated from Emerson College with a bachelor’s degree in Broadcast Journalism. Julie Banderas is the on-air name that she picked to use as her professional name.

She started her career with her first job at WLVI-TV in Boston. Later she moved to Harrisonburg, Virginia. There she worked as a reporter for WHSV-TV for two years. Next, she moved to Wilkes Barre, Pennsylvania for two years. In 2000, she returned to her hometown to work as a reporter for WFSB-TV. She moved to New York City, working for the local Fox News in 2002. In 2005, Banderas started working at Fox News as a correspondent. She made headlines after her on-air clash with a Baptist Church member in 2006.

Her popularity skyrocketed. In 2008, she replaced Laurie Dhue and became the anchor for Fox Report Weekend. After that, she had to take maternity leave but she returned to the work at the end of 2010 and was reassigned to the position of general news correspondent. She co-hosted Fox News Channel’s America’s Newsroom Broadcast and also co-hosts “Sunday Housecall”. Since 2012, she also has made numerous appearances on the “Happening Now” TV show.

Known for her thoroughness and directness, Banderas is not afraid of calling out anyone even if it’s the president. She has a very aggressive nature when it comes to working. In one of the incidents, Banderas showed this when Donald Trump called out a pair of Fox News reporters on Twitter. She also took to Twitter and called him out saying that bullying journalists are not Presidential. This was not the only time she sparked controversy. In 2006, she was in the spotlight after a heated on-air exchange with Shirley Phelps-Roper, a member of the Westboro Baptist Church.

Julie Banderas is extremely active on social platforms especially Twitter. She is on Twitter under the handle @JulieBanderas and has gained around 93k followers as of June 10, 2021. Julie also has a verified Instagram account under the username @jewelsbidwell. On Instagram, she has around 6.7k followers. She often shares pictures of her family in her Instagram feed.

Banderas is married to Andrew J. Sansone who is a member of the board of directors of ‘Habitat for Humanity”. Andrew Sansone is also the founding president for channels viz. Old Rock Media and Big Apple Channel. Banderas hosted a habitat for humanity event and that’s how she met him. They married on August 29, 2009, at Fifth Avenue Presbyterian Church. The couple is blessed with three children, Addison Melissa, born in 2010, second child Avery Julie born in 2012, and third kid Andrew Harrison born in 2016. They live in New York. After having kids, Banderas announced that she won’t be working on weekends as she wants to spend quality time with her family.

Julie has built quite a reputation for herself throughout her journey as a reporter. As per the records from Internet, a Fox News reporter earns an average salary of $73,000. It is estimated that Julie Banderas has a net worth of $12 million.