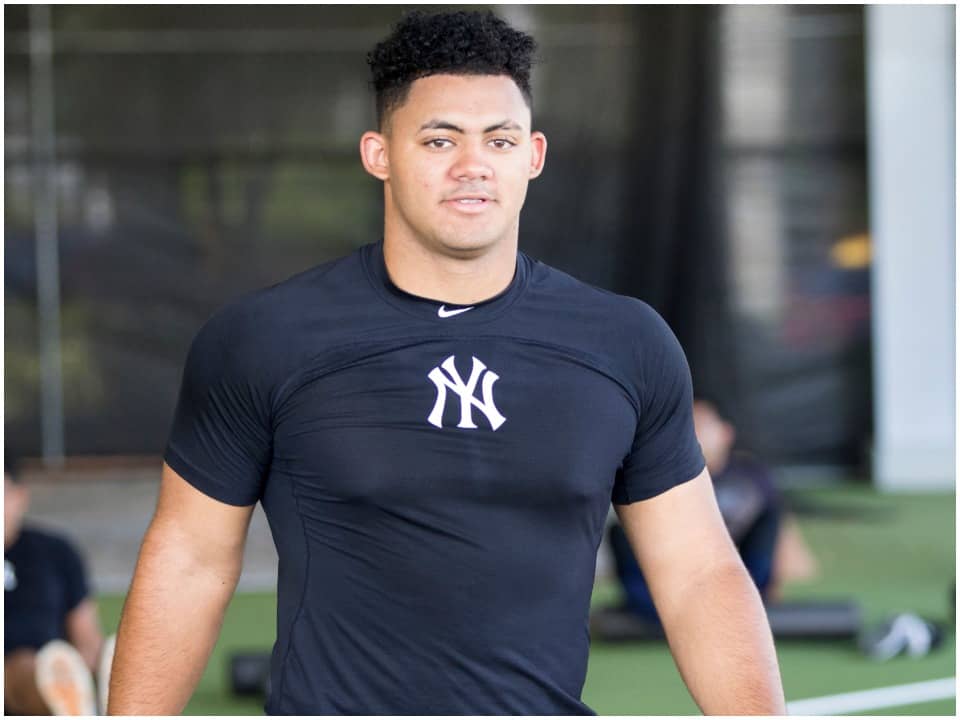 Jasson Dominguez, also known as the Martian, is a Dominican professional baseball outfielder for the New York Yankees. Dominguez is the most hyped and hyped-up international prospect in recent memory, drawing comparisons to some of baseball’s greatest athletes, including Bo Jackson, Mickey Mantle, and Mike Trout.

Jasson Dominguez El Marciano was born on 7th February 2003 in Esperanza, a municipality in the Dominican republic’s Valverde province. He is the second son of Felix Dominguez (father) and Dorca Gonzalez’s six children. Flex is a former baseball player and a major league baseball fan of the New York Yankees (MLB). Currently, information about Jasson’s education and educational qualifications is not available to the public. He is very particular about his personal information so it’s hard to know more about him.

Jasson began his career as a catcher before moving to the center field and is regarded as a five-tool player. During his training, he was dubbed as El Marciano, Spanish for The Martian, because his talent was out of this world. Several of his workout videos on social media have gone viral. The Yankees spent $5.1 million to sign him out of the Dominican Republic in July 2019, which was all but $300,000 of their bonus pool and a franchise record for an international amateur. Some club officials believed he could handle making his pro debut in low-class A at the age of 17 in the year 2020, but that became moot when the coronavirus pandemic canceled the minor league season.

Dominguez not only possesses the potential for above-average tools across the board, but he also possesses the advanced instincts and skills to make the most of them. He is a switch–hitter with a smooth stroke, tremendous bat speed, and power from both sides of the plate. He should hit for power and average with a precocious feel for the barrel and a mature, disciplined approach. Dominguez began the season in extended spring training in the year 2021. In the month of June, he made his professional baseball debut with the Florida complex league Yankees of the Florida complex league’s rookie level. He was chosen to play for the Yankees in the 2021 All-star futures game.

The information of his personal life has yet to be revealed and it’s uncertain whether he is dating anyone currently. He is unlikely to be in a relationship because he is only 18 years old as of now. Jasson has a verified Instagram account with 101 K following and 362 followers. He posts mostly about his game and his traveling photos sometimes. Jasson has 84 posts up until now on Instagram. He has a verified Twitter account with 9477 followers and 14 following.

On July 2, 2019, he was selected by the New York Yankees. The Yankees signed Jasson to a five-year, $5 million contract. He is currently working as an outline for this club. Currently, the total net worth of Jasson is still uncertain.