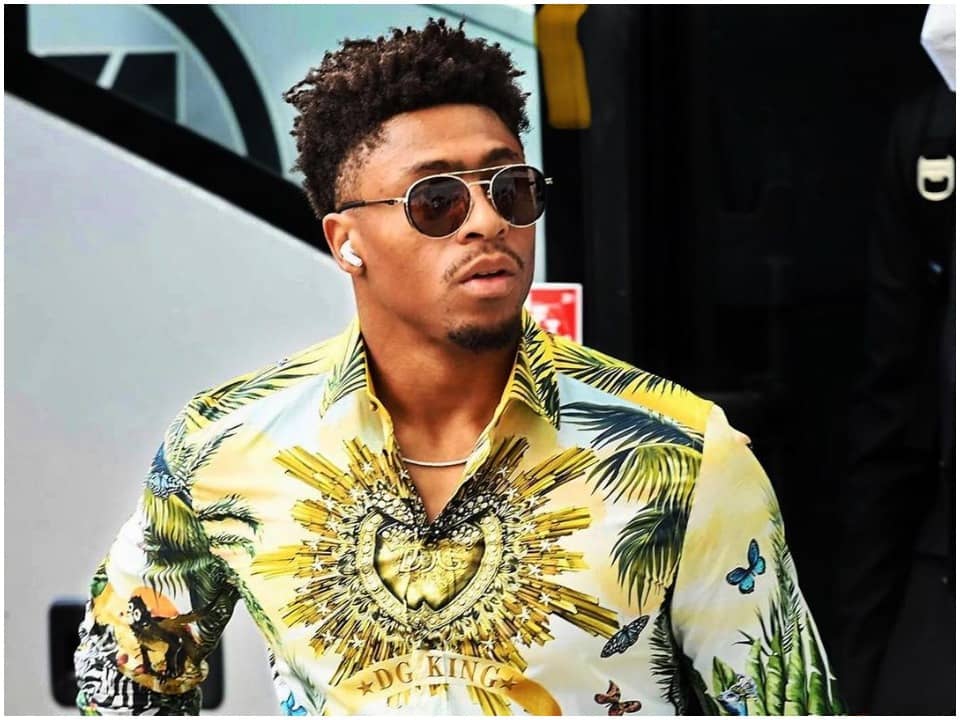 Jonathan Taylor is an American football running back who plays for the Indianapolis Colts of the NFL. He played college football at Wisconsin where he finished his career while being the number 6 all-time rusher in the NCAA. He gained the name of being the first player in history who rushed for more than 6,000 yards in the three years of span.

Jonathan Taylor was born on 19th January 1999 in Salem, New Jersey to his parents named Elizabeth Taylor and Jonathan James. His father Jonathan James was a basketball player who used to play for San Francisco State from 1982 to 1986. He went to Salem High School where he pursued his education. During his high school football career, he rushed for 4,624 yards and 51 touchdowns. As a senior, he made a record of rushing for 2,815 yards which were formerly attained by Corey Clement who was also the running back player of Wisconsin Badgers.

While playing football in his senior years, he rushed for 234.6 yards a game and scored almost 37 touchdowns. Jonathan was named to be a three-star recruit and 24th highest ranked running back in the class of 2017. He made his commitments to play for Rutgers University but later changed his mind and gets committed to the University of Wisconsin–Madison.

Jonathan was drafted in the second round of the 2020 NFL draft with the 41st pick. He was being selected by the Indianapolis Colts who acquired the pick from Cleveland Browns in a trade. Taylor made his debut with NFL in Week 1 of the 2020 season while playing against the Jacksonville Jaguars. He rushed for 22 yards, 6 receptions, and 67 receiving yards with 27-20 and a loss over another team. The following week while playing against Minnesota Vikings, he rushed for 101 yards, 26 carries, and one rushing touchdown with a victor over another team with an overall score of 28-11. In Week 6 while being against the Cincinnati Bengals, he made overall 115 rushing yards while winning with an overall score of 31-27.

Despite being busy in his daily scheduled routine, Jonathan spared some blessed time to meet the gorgeous girl of his life named Ayanna Chapman with whom he has been dating for a long time. The two met each other on school days. Their love started for each other when they were just friends. They together make a highly inspiring couple. Jonathan’s love is quite inspiring for his fans and it feels good to hear that the two met each other back in their high school career where Jonathan was playing and was rushing for 4,642 yards with 51 touchdowns.

It was probably the number of his scores and the games he played during his high school career that made the two gain recognition and achieve their love while falling for each other. The pair is blissfully dating each other since then. Just like Jonathan, his partner Ayanna Chapman is also fond of sports. According to some reliable sources, Ayanna Chapman is the daughter of Lydia and Eddie Chapman. She did her graduation from Salem High School where she used to be on the hockey team and was a crucial midfielder.

Jonathan Taylor made his contract with the Indianapolis Colts of the NFL and further made a four-year signing statement with a worth of $7,829,150. Out of this amount, $4,219,798 was guaranteed with an annual salary of $1 million. As of 2021, he makes a base salary of nearly $1 million with a dead cap value of $3 million. He was first selected as a free agent for playing NFL and is signed to make his contract up to 2024.