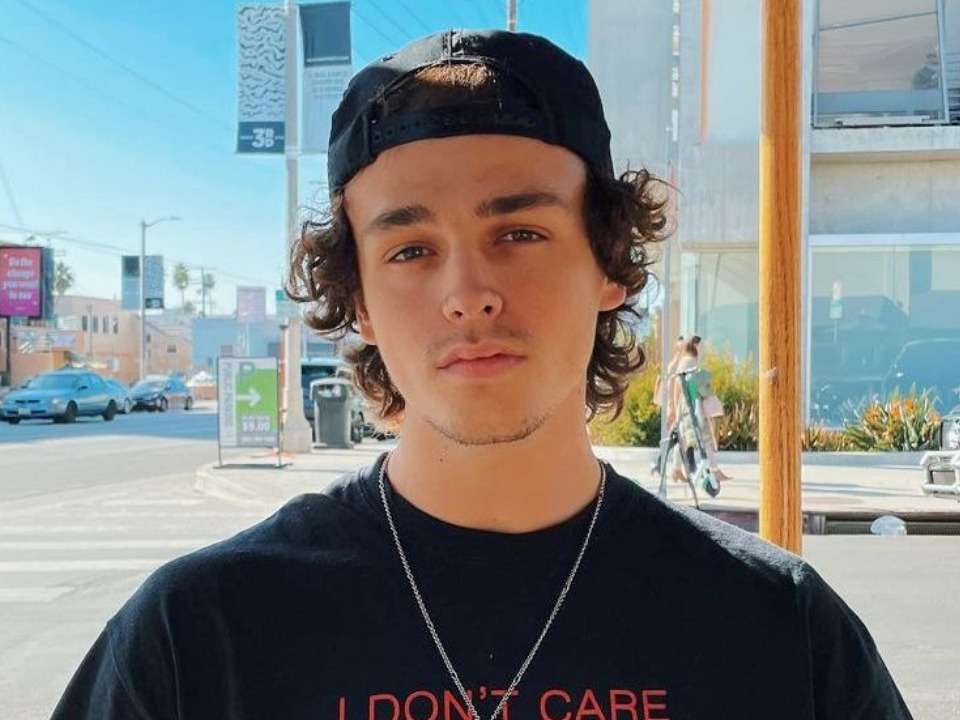 Jonah Marais Roth Frantzich professionally known as Jonah Marais is an American singer and songwriter from Minnesota, United States. He is the eldest member of the boy band, Why Don’t We formed in 2016 along with Zach Herron, Jack Avery, Daniel Seavey, and Corbyn Besson.

Jonah Marais or also known as Jonah Frantzich belongs to Stillwater, Minnesota, United States. He was born on 16th June 1998. His father Tim Frantzich is a musician and a teacher, and his mother Carrie Frantzich is a certified nurse-midwife in a Stillwater hospital. Jonah grew up with three siblings, elder brother Zebulon Wilder Frantzich and younger sisters named Esther and Svea Frantzich.

Everyone in his family is musically talented, together they perform and sing where ever they can including at fairs, churches, even at street corners. Even though he had music at the back of his head, Marais also played baseball for around 10 years. He dropped out of school to follow his passion and does not plan on attending college as he is more focused on building his music career. Jonah attended Stonebridge Elementary School and Stillwater Junior High and then through online school before dropping out.

Jonah at a young age taught himself to play various instruments and sing, moreover, he took part in talent shows and singing competitions and even made covers of famous songs. He sincerely discovered that he is inclined towards music while he was in middle school. He took the help of YouNow, the live broadcasting service, and started his journey of music through the platform. Later in 2014 he met Chad Grier, father of Nash and Hayes Grier in a Meet and Greet Convection.

After few days Jonah was signed to the management company, 26. After signing Jonah became a part of DigiTour, alongside Hayes and other five artists, and traveled across America, singing, performing, and meeting fans throughout the country. On this tour, he also met his future bandmates of Why Don’t We. In 2015, Marais released his first single ‘I Meant It’ which now has over 926k views on YouTube and a 4.9-star rating on iTunes. The same year he also released Night Changes. In 2016, Jonah released Next Ex-Girlfriend followed by War Paints in March 2016 which also was the lead track for his first debut EP When the Daylight’s Gone released in April 2016.

The same year in September, Jonah became a part of the boy band group, Why Don’t We along with the other 4 members Zach Herron, Jack Avery, Daniel Seavey, and Corbyn Besson. Jonah songs are available on all music streaming platform, he also has his own YouTube channel with 150K subscribers. Whereas his band, Why Don’t We have more than 3.67 million subscribers and have recently released Album The Good Times and the Bad Ones. The 22-year-old Minnesota artist is still working on his music and coming up with new releases every year.

Jonah was in a relationship with Dani Cimorelli, who is also a singer. Together they even had YouTube account but soon their relationship came to an end. They still respect each other but keep their distance. Then she dated Alyssa Shouse sometime near the end of 2014-2015. The couple also made covers together but soon separated their ways. While Jonah was filming the music video for Trust Fund Baby he met Tatum Dahl, soon the two began dating in 2018 however none of them released any official notice as their relationship was more private. They are no longer together in 2020.

Jonah started singing at a very early age. Over the years he has improved immensely with his amazing vocals and has been getting popular day by day. The net worth of the young pop singer is estimated to be around $4 million, his main source of income coming from his albums and music career.