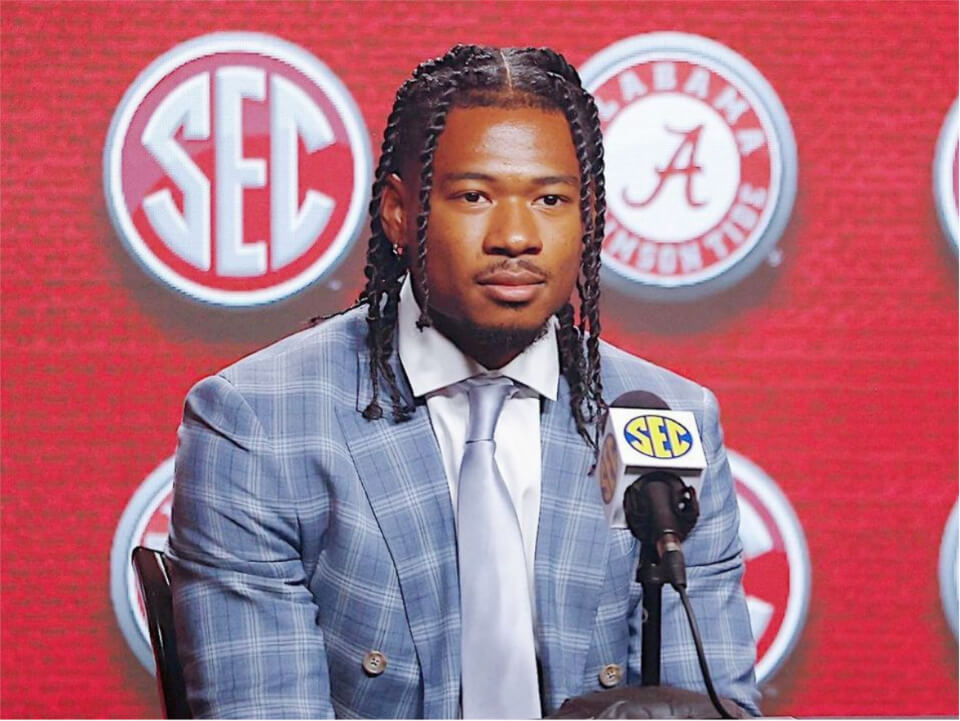 John Metchie, in full, John Metchie III, is a popular Canadian Gridiron Football wide receiver committed to playing for the Houston Texans of the National Football League (NFL). While in high school, John Metcchie was ranked 15th and number 4 overall prep prospect in New Jersey by Rivals.com. Before being drafted by the Texans in the second round of the 2022 NFL Draft, he won the Jon Cornish Trophy twice and this marked the beginning of huge success for him. On 24th July 2022, Metchie announced that he was diagnosed with acute promyelocytic leukemia.

He then moved to the United States for his studies. Metchie went to St. James School in Hagerstown, Maryland. Metchie finished his post-graduate year at the Peddie School in Hightstown, New Jersey. Later, he signed with the University of Alabama to play college football where his jersey number is 8. His older brother, Royce Metchie, is also a professional football player.

In 2019 at Alabama, John played in all 13 games as a freshman. He then became one of Alabama’s top three receivers in his sophomore year in 2020 and made the record-making score of 916 yards on 55 receptions with 6 touchdowns. While playing as a junior in 2021, John stepped into the number 1 receiver role and made the record of a total of 155 receptions with the highest rank of seventh in the program history. In NCAA football during the 2020 season, John was the first receiver to win the Jon Cornish Trophy as the top Canadian. While playing for SEC Championship Game, John had the record of 96 receptions for 8 touchdowns as a junior in 2021, later to which he tore his ACL and had to go to rest himself for a period.

In his professional career, John was selected in the second round (44th overall) of the 2022 NFL Draft by the Houston Texans. Later, he was also selected by the BC Lions (Leos) in the seventh round (59th overall) of the CFL Draft. And then signed a four-year deal worth $8 million with the Texans on 14 May 2022. John has faced various ups and downs in 2022. On 24th July 2022 (Sunday), Metchie announced [through the medium of Texans] that he would not be playing for the whole 2022 season as he has been diagnosed with acute promyelocytic leukemia.

John Metchie’s marital status is an unmarried man. He is not in a relationship or dating anyone and is currently known to be living a single life with his focus on his personal life. John has received a good fan following on his social media accounts with 132K followers on Instagram with only 12 posts of pictures. He keeps his personal life private but has got a verified account on Instagram where he posts pictures of his field along with his friends in the jersey.

John Metchie is a famous American footballer and wide receiver who earned a good income. John’s estimated net worth is $1.5 Million as of 2022. He earned this income from his profession as a Football Player. For the next four years, he has signed his contract with the Texans to play football for them.