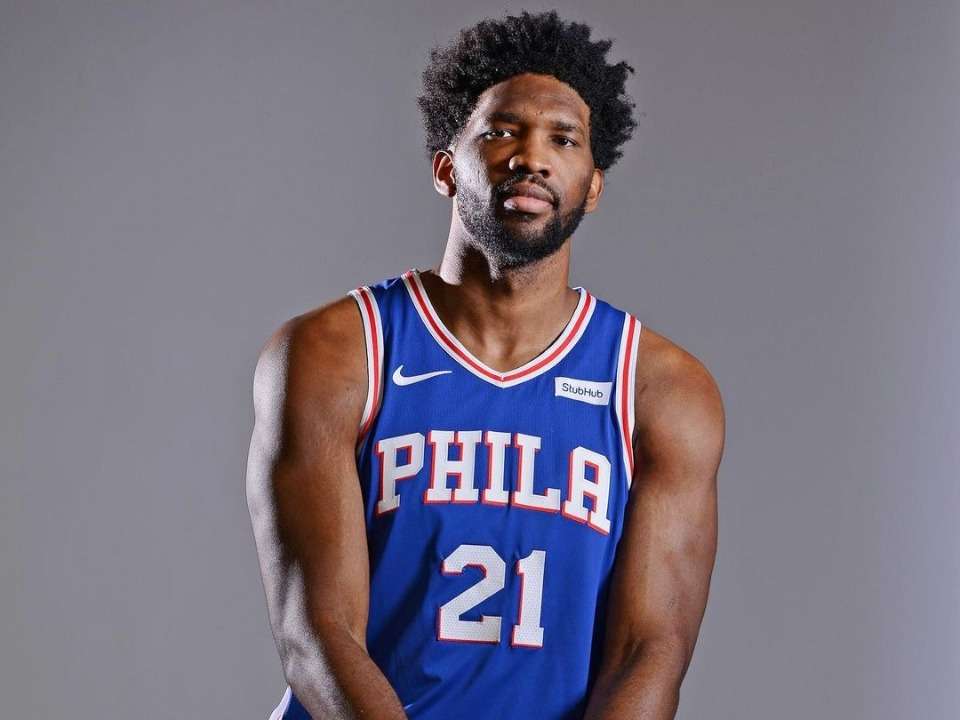 Joel Embiid is well-known as a Cameroonian professional basketball player. He is an astonishing player who possesses mind-bending talent and personality plays for the Philadelphia 76ers of the National Basketball Association. With his dashing personality and talent, he broke many records and got named for numerous awards and accomplishments.

Joel Hans Embiid was born on 16th March 1994 in Yaoundé, Cameroon to his father, who was a military officer Thomas Embiid and his mother, Christine. Joel was originally interested in playing volleyball and pursue the sport as his full-time profession but later shifted his interest in playing basketball at the age of 15. He shared his childhood with his younger sister, Muriel, and younger brother, Arthur, who died on 16th October 2014 in Cameroon cause of a car crash.

Joel enrolled at Montverde Academy, Mbah a Moute’s alma mater. He later transferred and attended The Rock School, a Christian academy in Gainesville, Florida, due to his lack of playing time. He attended the University of Kanas for one year. Data regarding his primary and secondary education has been kept aloof.

Amazing Athlete was about to initiate his career in volleyball but changed his mind and started playing basketball. He began his professional basketball career at the age of 15, modeling his game in front of NBA Hall of Fame center Hakeem Olajuwon. Luc Mbah a Moute, who was a native of Yaoundé and an NBA player, discovered his talent at a basketball camp. At the age of 16, along with Mbah a Moute as his mentor, moved to the United States to become a successful and professional basketball player.

Despite his injury, he entered the 2014 NBA Draft. The Philadelphia 76ers recruited him as their third overall pick. He made his debut in 2015-16 seasons averaging 6 points, 4 rebounds, and 2 blocks. Later, he was named as the starter to the 2018 NBA All-Star game. In the game against New York Knicks, he got his left eye fractured and had surgery. On 20th February 2021, he recorded a career-high 50 points and 17 rebounds in the 76ers’ 112-105 win against the Chicago Bulls.

In March 2021, Joel made an announcement to donate some amount from his wealth i.e., $100,000, his 2021 NBA All-Star Game winnings to various homeless shelter organizations in Philadelphia. Later on, the Philadelphia 76ers also donated $100,00 to the same organization. Handsome hunk is enjoying his social life full of fan buzz over all his social media platforms. The athlete has generated a fan following of 4.6 million followers on his Instagram account @joelembiid while on his Twitter account, he has gained around 1.8 million followers under the username @JoelEmbiid.

Since 2018, Joel is in a romantic relationship with his girlfriend, Anne de Paula, who is a Brazilian Model. In September 2020, the couple was blessed with their first child, a baby boy. The athlete hasn’t revealed any details regarding their dating life. Moreover, it is not known if the couple tied knots with each other or not.

76ers front office offered Embiid to be the face of their franchise, which was notable, and signed the 5-year contract for $147 million. he also is estimated to bring in approximately $6 million in endorsements. Including all his properties, assets, and incomes, his estimated net worth is $35 million. Forbes also had embiid listed at no.60 on their ‘The World’s Highest-Paid Athletes 2020’ list. At present, he is enjoying all the luxuries that he can afford and leading a happy life alongside his family.