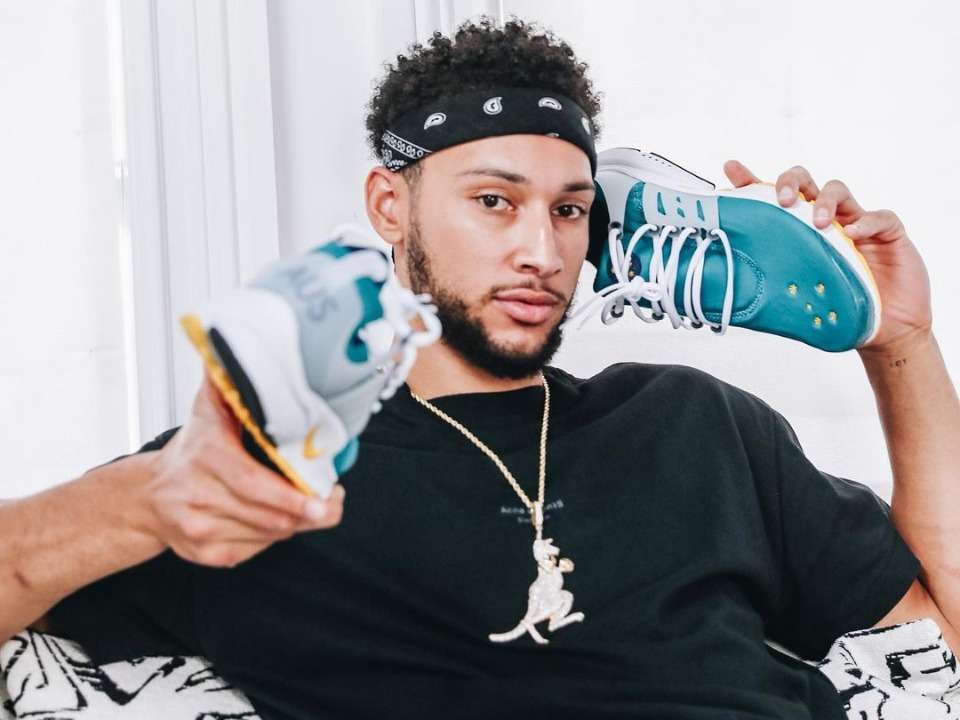 Ben Simmons is a young and handsome professional Australian basketball player who is known to play for his team Philadelphia 76ers which is the team of the National Basketball League. He is also known to have played basketball for his college basketball team Louisiana State University Tigers. He plays at the position of Point guard and Power forward for his team.

Ben Simmon is an Australian- American player who was born to his parents as Benjamin David Simmons on July 20 in 1996. He was raised and brought up by his father Dave and mother Julie in Melbourne, a suburb of Fitzroy and Newcastle in Australia. He is known to have four step-siblings named Melissa, Emily, Liam, and Sean from his mother’s previous marriage and a sister named Olivia who is her full sibling. Simmons as a student, attended the Box Hill Secondary College after which he moved to the United States of America where he attended the Montverde Academy located in Montverde in Florida, USA. He attended his college for a year after which he left his college in order to qualify and enter the NBA draft.

As for Ben’s basketball career, he started playing basketball at the age of seven after which he started playing basketball for his high school team. Simmons was offered from Kentucky, Kansas, and Duke but he committed to play for the Louisiana State University. In his junior season, he scored an average of 18.5 points, 9.8 rebounds, and 2.7 assists per game. For his senior game, ben signed a National Letter of Intent on November 12, 2014, and Scored 22 points, 10 rebounds, and 10 assists on December 12, 2014, and won against Ivan Rabb and Bishop O’ Dowd High School. On December 20, 2014, Ben scored 37 points and won over St. Francis. On 19 January 2015, he scored 36 points and won against Bishop Gorman.

In the 2016 NBA Draft, Ben’s attitude and character were questioned by many NBA selectors and analysts, and was selected by the head coach Brett Brown of Philadelphia 76ers. On September 30, 2016, Ben’s right ankle rolled during the final training camp of the 76ers and after receiving the X-Ray and MRI, it was revealed the Ben suffered from a fracture of the fifth metatarsal bone of his right foot.

He debuted for NBA on October 18, 2017, and scored 18 points but lost to Washington Wizards. Ben scored 18 points on October 21 and lost against Toronto Raptors. He recorded his first career triple-doubles on October 23 where he scored 21 points and won against Detroit Pistons. On October 23, 2019, Ben played the role of the season opener and scored 24 points against Boston Celtics. He scored 19 points on August 1, 2020, during the NBA Bubble when his team lost against Indiana Pacers. Simmons recorded a double-double with a career-high of 42 points on February 15, 2021, where his team lost to the Utah Jazz.

As for Ben’s personal life, he is currently single. Ben as a professional player is quite famous among celebrities too. Though Ben is currently focusing on his basketball career, he has been in a relationship with a celebrity girlfriend Kendall Jenner. Ben is rumored to be in a relationship with the famous model Maya James after she left flirty comments on Ben’s social media post. He is also known to have been in previous relationships with celebrities like Britanny Renner, Dylan Gonzalez, Tinashe, Talia Richman, and many more.

As a professional basketball player, Ben earns an estimated net worth of $ 6 million USD. he earns this sum of money through his contract and commitment to many basketball teams over years as he has been practicing basketball since he was young and now as he is playing for the NBA, his net worth is expected to increase over time.