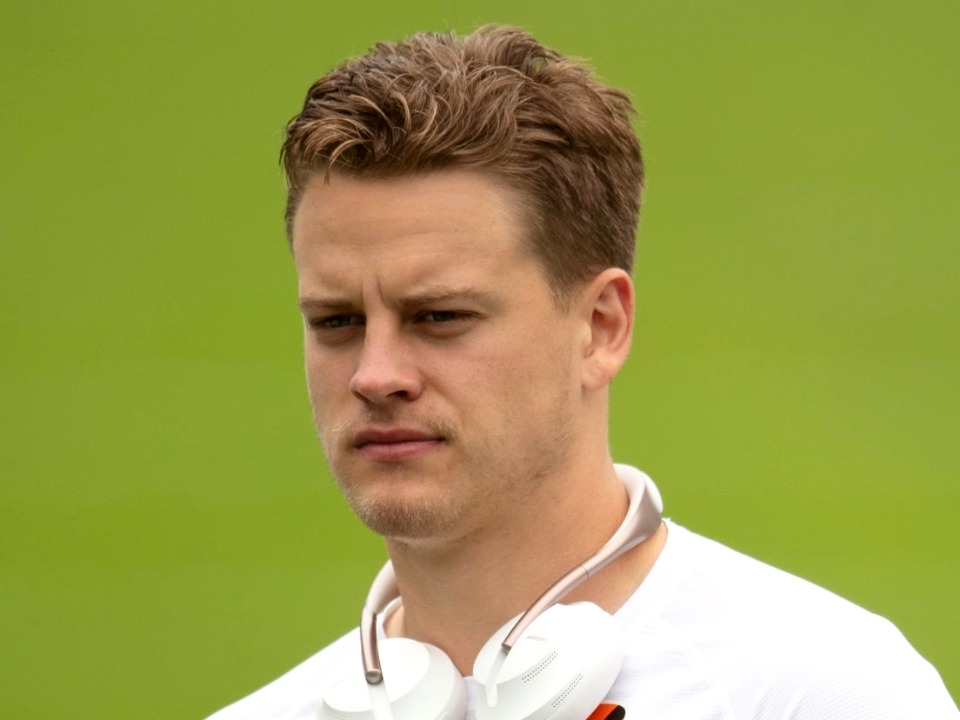 Joe Burrow is an American football quarterback for the National Football League (NFL) team Cincinnati Bengals. He played college football for Ohio State but in 2018 shifted to Louisiana State University. With his game-changing drive, Joe led the Bengals into a third win and spoiled the almost best game of Trevor Lawrence.

Joe Burrow or known as Joseph Lee Burrow was born in Ames, Iowa on December 10, 1996, to parents Robin and Jim Burrow. His father was also an NFL player and college football coach. He has two brothers Dan and Jamie Burrow, both of them have also played college football, but sports and athletics run in the whole family. At the age of 6, Joe attended the 2002 Rose Bowl, and soon after that started to play football. He went to Athens High School, Ohio where he continued playing. Later in 2015 he went to Ohio State University but transferred to Louisiana State University in 2018 and graduated in consumer and family financial services.

In his schooling days, he played football for Athens High School and made a total of 11,416 passing yards with 157 passing touchdowns and had 2,067 rushing yards with 27 running touchdowns. In 2014 he was awarded the Mr. Football Award from Ohio. Later for his graduation and football career, he decided to attend Ohio State University in 2015 and played 10 games in which he recorded 287 yards and 2 touchdowns. He knew the quarterback position would be given to Dwayne Haskins and thus in 2018, he transferred to Louisiana State University and played the quarterback for the team. He played a total of 13 games where he made 2,894 passing yards with 16 touchdowns and recipients of 399 rushing yards with 7 touchdowns.

The 2019 season was of great achievement in Burrow’s career. He was named the SEC Co-Offensive Player of the Week after the season-opening match against Georgia Southern where he made 278 yards and five touchdowns. In his game against Utah State, he threw for 344 yards and made 5 touchdowns which made him the first LSU Quarterback to do so in four consecutive games. By the end of the year 2019, he threw 5,671 passing yards with 60 passing touchdowns and rushing 368 yards with 5 touchdowns. the same year he was awarded the Heisman Trophy for his outstanding performance in the season.

In 2020, Joe was invited to the virtual draft for the NFL. He was selected first by the Cincinnati Bengals and on July 31, 2020, he signed a four-year contract worth $36.1 million. For his debut, he played against Los Angeles Chargers where he made 193 passing yards with 46 rushing touchdowns. In week 3, Joe threw 312 passing touchdowns and 2 touchdowns in a tie against Philadelphia Eagles.

The NFL quarterback player has been in a long-term relationship of two and a half years with his girlfriend, Olivia Holzmacher. They met each other while both attending Ohio State University and have been together ever since. The couple has been sharing pictures together on each other’s accounts.

In 2020 Joe Burrow signed a four-year contract worth $36.1 million with The Cincinnati Bengals and $23 million as the signing bonus. He was also one of the top picks in the 2020 NFL draft with that he also does endorsements for brands like Nike, Bose, and Fanatics.