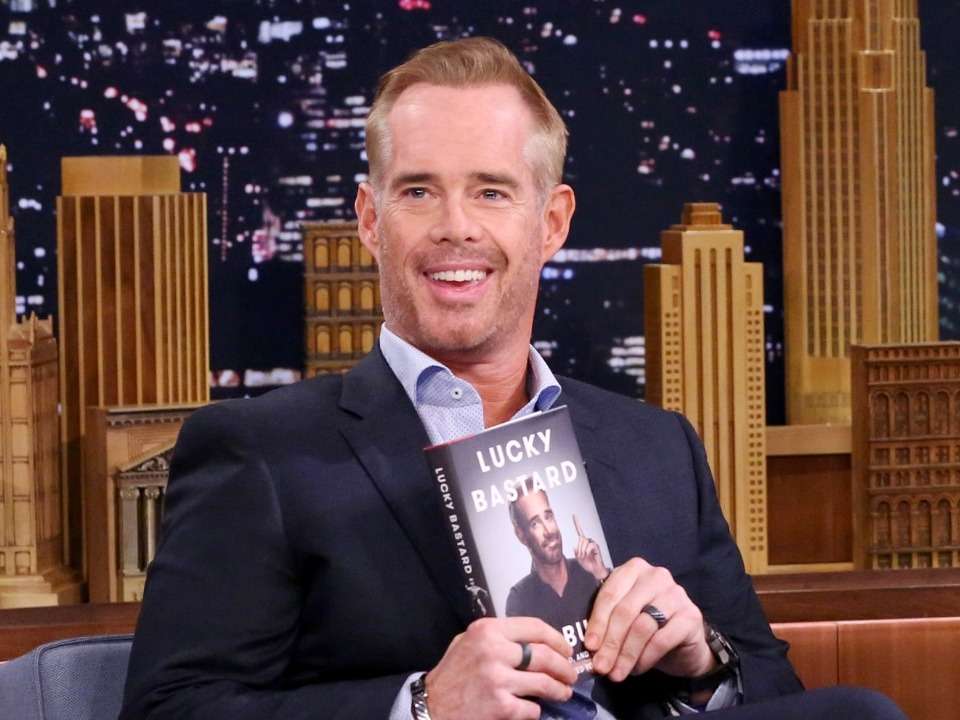 Joe Buck is a handsome and excellent American professional sportscaster who is popularly recognized as the son of the famous sportscaster Jack Buck. He is mainly known for his works with Fox Sports which included his role as lead play-by-play announcer for the coverage of the National Football League and Major League Baseball. Joe currently works as the play-by-play announcer for the World Series every year.

Joe Buck was born Joseph Francis Buck on April 25 in 1969. He was born to his parents Jack Buck (his father) and his mother Carole Lintzenich in St. Petersburg in Florida, United States of America. He is known to have siblings named Betsy Buck, Bonnie Buck, Beverly Buck, Christine Buck, Julie Buck, Dan Buck, and Jack buck Jr. As a student, Joe attended the St Louis Country Day School which is located in the St Louis area where he was raised and brought up. For his further education, Joe enrolled at the Indiana University located in Bloomington but he did not graduate. Though Joe is famous and has successful, he is not much educated.

Joe started his career as play by play for Louisville Redbirds which was a minor league and worked as a reporter for ESPN’s coverage of the Triple-A All-Star Game in 1989. He worked as a reporter for St. Louis’ CBS affiliate called KMOV and also started broadcasting for the Cardinals on local television and KMOV Radio on CBS Telecast in 1991, where his father was working. He was announced as the play-by-play voice in the 1992 and 1993 seasons. Joe was hired by Fox in 1994 when he was 25 years old where he became the youngest man ever to announce a regular slate of National Football League games on national television.

He was announced as Fox’s lead play by play voice for Major League Baseball in 1996, where he teamed up with Tim Mc Craver, who had worked with his father before on CBS after which he was announced as the youngest man to do a national broadcast for the World Series. In 2002, Joe plaid tribute to his father during Fox Broadcast and ended the broadcast by saying “We’ll see you tomorrow night” which was the last phrase used by his father with Kirby Puckett’s home run. In August 2006, Joe was named as the host of Fox’s pregame NFL show called Fox NFL Sunday but the Neilsen rating system showed that the rating had been low the whole season after which Joe decided to resign as the host of Fox NFL Sunday in 2007.

But in 2010, Joe announced that he was planning to cancel the show that he did not want to miss but it involved a lot more effort than expected and eventually the show was canceled by Broadcasting & Cable. In February 2013, Joe was invited along with Darren Rang and John Kelly after he visited the St Louis Blues where he talked about how his father called Blues hockey along with Kelly’s father Dan and about how fast and exciting the game was. He is still continuing his work as the play-by-play voice for Major League Baseball on Fox.

Joe was married to her wife Ann Archambault in 1993. The couple was living happily until they decided to end their marriage with a divorce in 2011. The couple gave birth to two sons together and now he is currently married to her wife Michelle Beisner with whom he got married on April 12, 2014. Michelle is an ESPN reporter and a former Bronco cheerleader. He and Michelle are the parents of two twin sons who were born in 2018.

Joe earns an estimated net worth of $ 15 million USD. He earns this sum of money as his job as a host, play-by-play voice, and also as a sportscaster. He also earns some part of his income as a reporter. Joe’s net worth is expected to increase as he has got great experience after working for many years and facing a lot of situations.