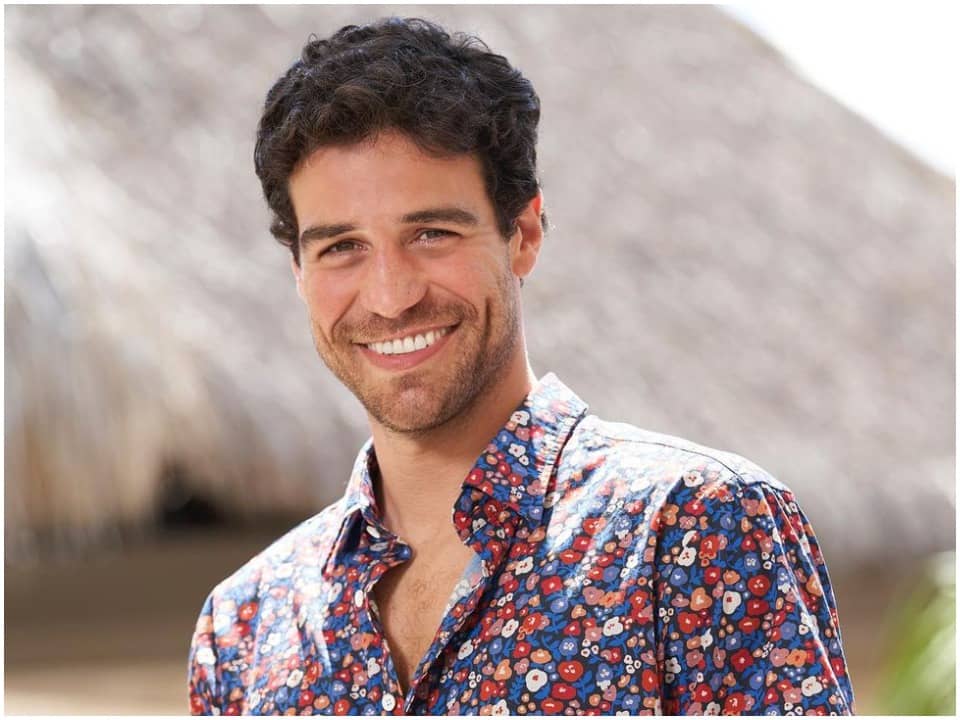 Joe Amabile, most prominently known by his nickname “Grocery Store Joe” is an  ABC’s Reality Television star. He gained quite a lot of fame after appearing in Bachelor in Paradise Season 5 and season 7 and on The Bachelorette Season 14. Apart from this he also used to work as an equity trader and owned a grocery store. He has also made an appearance on Dancing with the Stars.

Joe Amabile was born on 29th October 1986 in Chicago, Illinois, United States of America. The details about his parents have not been shared but they reside in Melrose Park. He also has a brother whose name has not been shared but works as a Cop. Joe has completed his high school education at Holy Cross High School. His teacher Marily Skowron mentions that he was an average student who likes to bat his eyelashes to catch breaks from his eyes. The details about his further and higher studies have not been shared with the media yet.

Joe began his career as a businessman and owned a grocery store in Chicago. He ventured into a small business by following in his family’s footsteps. Along with that, he was also working as an equities trader. He first became part owner of Eric’s Foot Center on Chicago’s South Side where his Bachelorette video was filmed. Later he began his career in the field of reality TV series. He was featured on season 14 of Bachelorette which was starring Becca Kufrin and became a fan favorite. On 7th August 2018, he was cast as a contestant of Bachelor in Paradise Season 5.

He also appears on Click Bait Podcast and owns a page named Sunday with Joe where he shares cooking recipes. As he gained a lot of attention from his fan he was cast in Season 27 of Dancing with the Stars. The show was premiered on ABC in September 2018. He was partnered with Jenna Johnson and was ranked 5th &6th place respectively. Currently, he can be seen as a contestant of Bachelor in Paradise Season 7 on ABC.

Joe is an active user of social media. He likes to upload content about his lifestyle, Food, friends, and many more. On his Instagram account, he has 805 thousand followers and 920 followings. He joined Twitter in June 2018 and has earned 77.7 thousand followers.

Joe is currently single and focused on his career. He was previously in a long-term relationship with his ex-girlfriend named Kendall Long. Kendall works as a creative director. They both also appeared as contestants in the 5th season of Bachelor in Paradise. On 29th January 2020, they both parted ways as they will not be able to manage the long-distance relationships.

Joe Amabile has earned a lot in his life by appearing in reality series, owning grocery stores, and as an equity trader. According to sources, the exact details about his net worth have not been shared yet. His net worth is around  $3million.