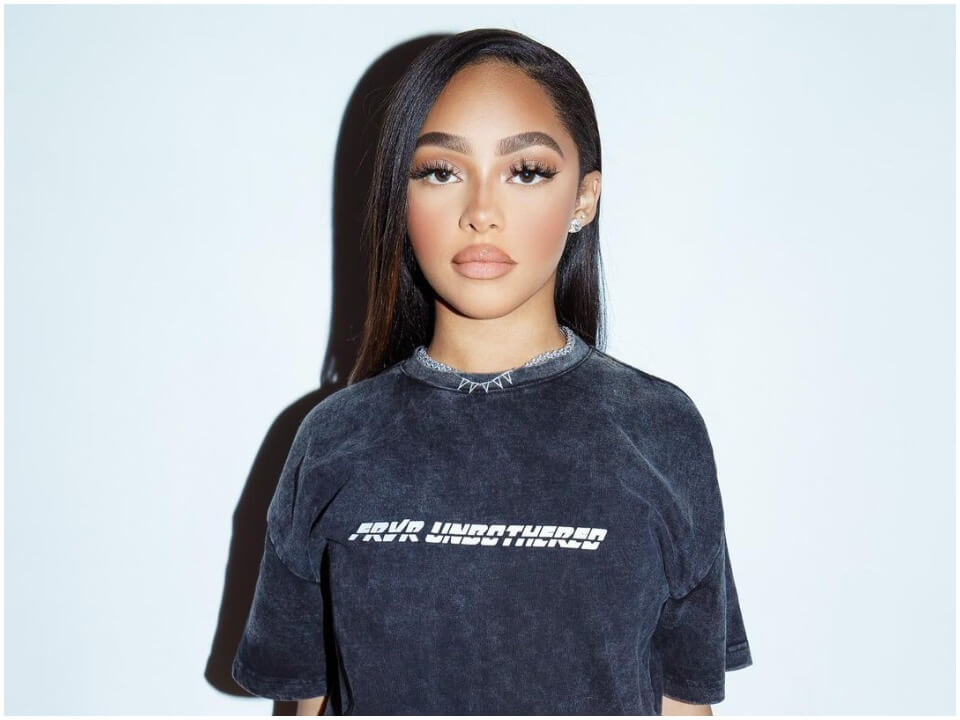 Jodie Woods is an African- American social media personality and fashion influencer, famously known for being the younger sister of Jordyn Woods who is a model and Instagram star. Recently she became the talk of the town as a user named Mia J on TikTok accused Skia Jackson of bullying Jodie. However, Skai denied all such allegations and in fact, clarified that she had talked with Jodie and all things have been shorted out peacefully.

Jodie Woods was born on January 6, 2005, in California, United States to John Woods and Elizabeth Woods. She has two brothers named John Woods III, Joshua Woods, and an elder sister, Jordyn Woods. When she was young, her parents separated and Jodie mainly was brought up by her mother. On January 18, 2017, her father John passed away from cancer and this incident left a tragic impact on Jodie as it was very sudden. Jodie also is a trained dancer and singer. Not much is known about her education, as Jodie has been famous from a young age so she might be getting home-schooled but there are no details regarding the same.

The young internet star launched her official account not so time ago and already has gained a massive following in a short period of time. Although she is criticized by many for being so young all of her social media content is monitored by her mother. Her social media is also handled by her mother’s entertainment company PR Woods Management Group. Under her guidance, Jodie came out astonishingly well as an influencer and now is often seen posting regarding her day-to-day life and trendy tips on fashion. Jodie often is also seen collaborating or featuring on her sisters, Jordyn’s social media, and mainly on her YouTube channel.

But she prominently became popular due to her sister’s friendship with model and businesswoman Kylie Jenner which was later followed by the love affair involving Jodie, Khloe, and Tristan Thompson which led to the breaking up of their friendship. Jodie has also started her own collection of limited edition streetwear named FRVR UNBOTHERED. The brand has been curated with a voice for a generation where style becomes a part of who you are. Jodie is also the brand ambassador for a skincare line called Ancient Cosmetics. Currently, Woods has launched her own brand called FRVR Unbothered and is seen working upon the same.

As of 2021, Jodie is not dating anyone. However, in 2019 pictures of Jodie and P Diddy’s eldest son, Quincy surfaced on the internet stating both of them are together but soon enough Jodie’s mother dismissed the rumors by saying Quincy is like an elder brother to Jodie. Since then, she has been single and seemed to be focused on building her career in the industry. Being a social media influencer, Jodie is bound to have a huge reach on the platforms. Likewise, she goes by the username @jodiewoods on Instagram and has over 1 million followers with an official Instagram verified user. Other than this, she is also active on Snapchat and Tik-Tok.

Accordingly, to online resources Jordie has an estimated net worth of around $1 million US Dollars, nonetheless, she has not disclosed any information regarding her net worth. All her earnings are through her social media engagements, modeling contracts, and endorsements.