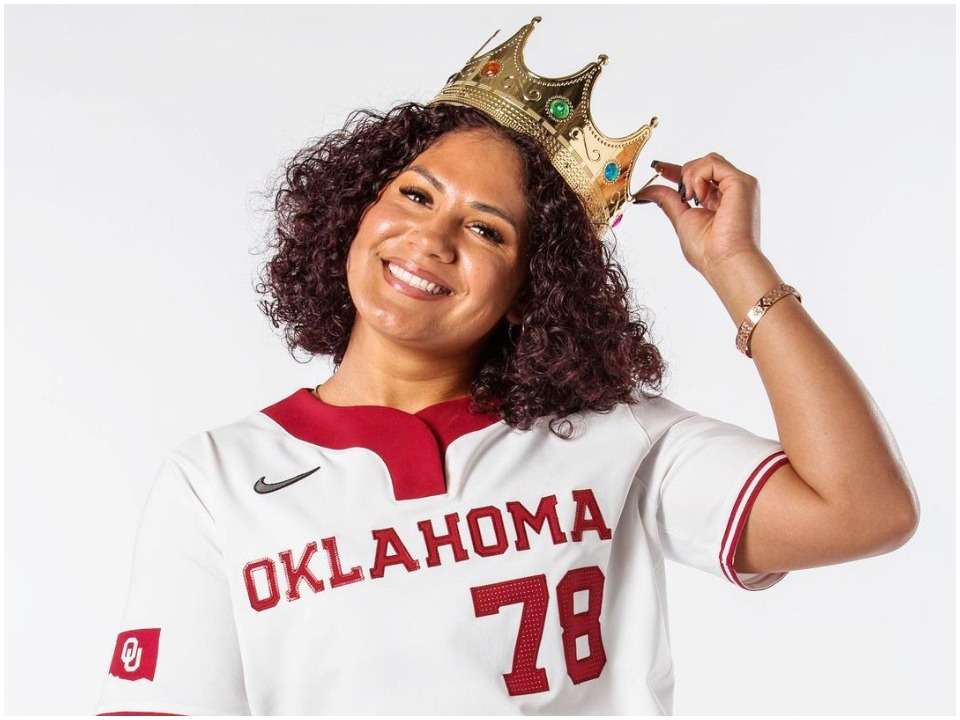 Jocelyn Alo has emerged as one of the breakout stars of this year in the ongoing NCAA I Division Softball Tournament. Jocelyn was named NFCA National Freshman of the Year and was selected as a first-team All-American as a freshman in 2018. At the moment, she is one of the best softball players competing in the Collge Softball scene along with Montana Fouts. She has named herself in the history of college women’s softball as she became the first-ever player to score 30 homers in a season.

She was born on 23rd September 2000 in Hauula, Hawaii to her parents Levi and Andrea Alo. This number one softball player in the US has three sisters, named- Sabrina, Lorraine, and Sophia. And during their time at Laney College, her father was playing football and her mother played softball.  She grew up about 30 miles north of the Hawaii campus, in the small village of Hauula, and about two dozen family members were part of the overflow crowd on hand to watch her set that record.

Jocelyn started learning the game of softball when she was four years old when her father Levi began taking her to a park in Hau‘ula and letting her hit balls. Once the Alos said young Jocelyn would take a thousand swings a day. Before transferring to Campbell, Alo attended Kahuku, whereas as a sophomore she captured the state wrestling championship in her weight class. As an unsung seventh-grader, Alo showed up at a softball camp on the campus of BYU and by the end of the camp, the BYU coaches already offered her a scholarship. She was picked out in the All American first-team NFCA in 2018 and 2nd team in 2019 as a fresher.

In the 2020 season, Alo ranked her first career batting average and third in slugging percentage at .846, and fifth in home runs. Alo is also the two times Gatorade State High School Player of the Year. Jocelyn Alo is a gifted hitter in Softball. Alo currently has 30 home runs and 82 RBIs with a batting average of .487. Alo hit .571 with 12 home runs, 27 RBI, and a 1.449 slugging percentage as a senior in high school. At the time of her junior season, she hit.612 with eight home runs, 30 RBI, and 13 runs scored. And during the COVID-shortened 2020 season, Alo started all 24 games for Oklahoma and led the team in total bases (61). Alo batted .427 with 8 HRs and 21 RBIs and she also walked a team-leading 12 times.

Jocelyn is active on the Instagram platform. Her insta username is ‘@jocygurl78,” and the account is already verified.  This softball star from the US recently went on her Instagram to express her happiness about being the Player of the Year. Until now, the account has amassed more than 223.3 thousand followers,1731 a following, and 125 posts on her Instagram account.

As of now, we don’t have any information regarding her boyfriend. She is single and is focusing on her career. She is passionate about her game and does not want her personal life to affect her career at the moment. Currently, she has achieved great success at the college level but she needs to work really hard if she wants the same miraculous performance at the professional level as well.

This softball player earns most of her income from her profession only. Though there is no information regarding her net worth it is estimated to be around $1 million. She is earning a handsome amount from her current profession and lives a very lavish life.