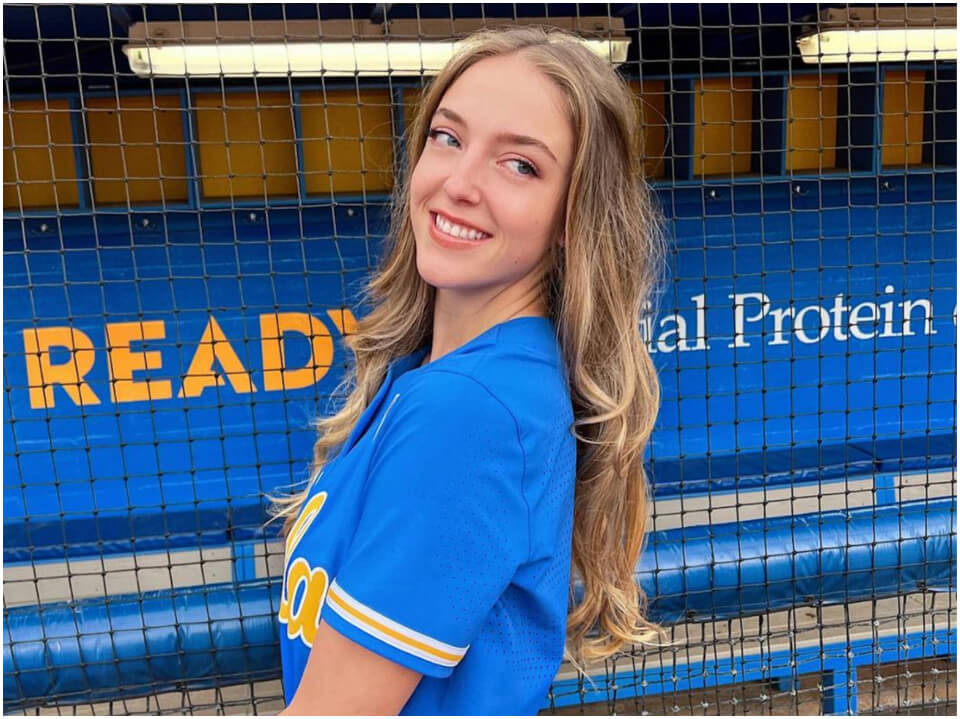 Holly Azevedo is an American Softball Player who is playing as a pitcher. In 2017 she won the gold at WBSC Junior Women’s World Championship. On 21st March 2022, she has been honored with PAC-12 Pitcher of the week and Player of the week. With her outstanding performance in the NCAA Division I Softball Tournament, her side managed to reach enter the Women’s College World Series semifinals round.

Holly Azevedo was born on 28th August 1998 in San Jose, California, United States of America. The names of her parents are Ron Azevedo and Karen Azevedo. She also has a brother whose name is Drew. At a young age, she was inclined towards playing various sports and being athletic as well. Holly has completed her high school education at Pioneer High School. Along with her studies, she actively played Softball. She even enrolled herself at the University of California, Los Angeles to play Softball for their college team.

Holly started her softball career by playing the sport in high school. She played for four years and also was honored with many awards. It was seen that she competed in various competitions like CCS Championship, All American Sports Academy, PGF Ultimate Challenge, and others. In 2018 she scored a 2.18 earned run average and 88 strikeouts. She was seen playing matches against Boston, Oklahoma State, Arizona, Stanford, South Dakota, Utah, CSUN, Michigan State, UC Santa Barbara, and other teams. In this season she was named as NFCA All region second team and Pac-12 All-Freshman Team. In 2019 she scored a 2.12 earned run average and 73 strikeouts in 89 innings.

She was seen in 29 games and competed against UC Riverside, Georgia State, Nebraska, UC Santa Barbara, Weber State, and other teams. Next year her score was 1.74 earned run average, 43 strikeouts, and made 12 appearances. She was seen playing against San Diego, Liberty, Auburn, Pittsburgh, and other teams as well. In 2021 she was seen in 16 games and scored 1.99 ERA, struck out 53 batters, allowed a .222 opponent batting average, and scored 63.1 innings pitched. She played games against Arizona, Oregon State, Washington, Santa Barbara, Utah, and Long Beach State. Recently in 2022, she was seen in the WCWS semifinals where her team UCLA beats Florida and enters the next round.

Holly is quite active on Instagram and has earned over 6,410 followers with 88 followings. Her posts are filled with the content of her pre, post, and during matches, City of LA, and Lifestyle which includes traveling to various places.

Holly has not shared exact details about her past relationships with the media yet. While on her social media account she posted a picture with Blake Hirst who is studying at Yale Law school. There has been no confirmation if they are dating or not, it might be possible that they are spending time as friends.

Holly Azevedo must have earned a lot by playing softball for the college team. She earns by winning in competitions or performing extremely well in the same. Holly is still a college player so as of now, no information is disclosed regarding her annual salary. But, it is quite certain that she would be going too far in her professional career in the future just because of her talent.