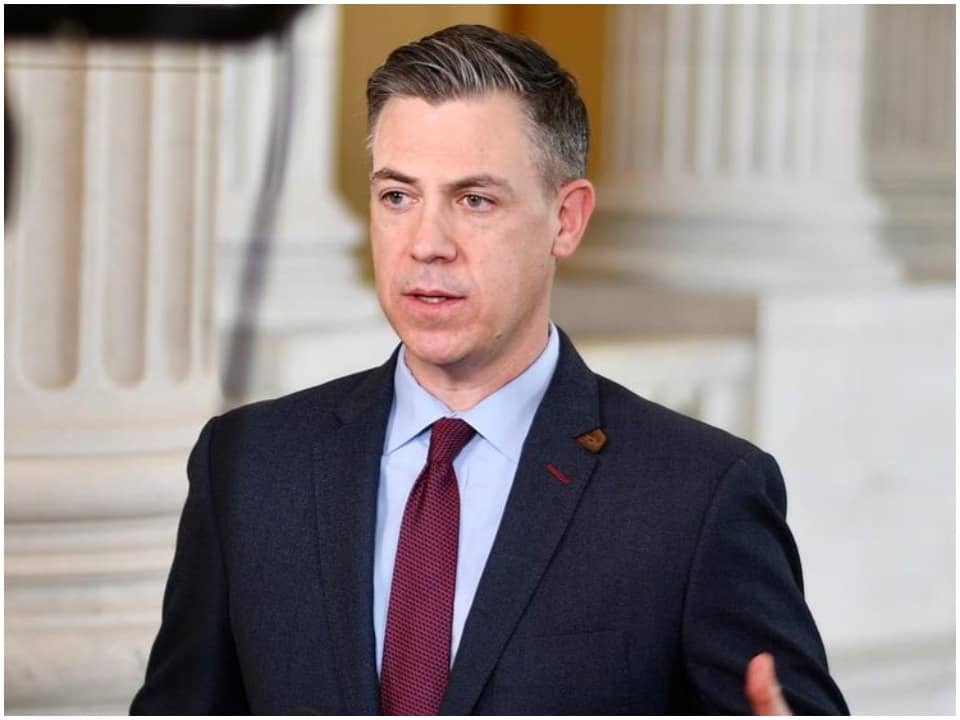 James Edward Banks is also known as Jim Banks an American Politician and a military reserve member currently serving in the 3rd congressional district of Indiana. He was also a member of the Indiana senate back in 2016.

Jim Banks was born on July 16th, 1979 in Columbia City, Indiana, USA. He was born in a white family and is known to believe in Christianity. he grew up in Columbia with his family but has not shared details about his parents and background. He is also not known to have any siblings. Jim completed his high school education at a local school in Columbia city and for his further studies, he attended Indiana University. He attained his Bachelor’s degree and went on to study for Masters’s in Business Administration from Grace College.

Jim started his career in the real estate sector where he worked in a construction company in Indiana. He then went on to serve in the United States Navy reserve as a supply corps officer. In 2008, he joined politics and started serving on the Whitley county council. He was also the chair of Whitley county republican party chair till 2011. He first started serving in the Senate in 2010. In 2014, he was sent to work in Afghanistan and thus had to take an absence from the senate. He resumed office in 2015 and the same year, he announced his intention to run for DOE the 3rd Congressional district for the Republican Party.

He was endorsed by the Club of Growth and won the primary election with 34% votes. Jim assumed office in 2017 and the following year, he again ran for the position. He won in the re-election in 2018 with 64%votes. During his tenure, he became a member of the Republican Study Committee and also took an active part in the classified Counterterrorism agreement with Qatar. He gained a lot of support and in his third time standing for the position in 2020, he again managed to win against Chip Coldiron. The same year, he was one of the 126 people of the House of Republicans to sign the Amicus Brief in support of trump in the 2020 Presidential election.

Jim later supported the investigation on the 2021 Capitol Hill attack but is now is urging to punish every lawmaker who was investigating the attack if the republicans take back a majority in 2020. Banks was also said to have amplified the claims by Trump on fraudulent elections in 2020. He has been part of several committees since his term in the office started in 2017 like Subcommittee on armed services, subcommittee on education and labor, committee on veterans affairs, etc. He was also part of the congressional western and Pakistan caucus.

Jim Banks is currently married to his wife Amanda Banks. The couple got married back in 2005 and also has three children together, Lilian, Elizabeth, and Joanne. He has not shared much about his personal and married life but it is known that he is currently settled in Indiana with his family. Jim is active on Twitter since 2017 and currently has a following of 63.3k. He also has an Instagram account where he currently has 8073 followers. he also has a YouTube channel with 329 subscribers and has more than 30,000 followers on his Facebook page.

Jim Banks has worked as a politician for several years and has earned a lot of wealth from his profession. He leads a lavish lifestyle and his net worth is estimated to be around $12million.