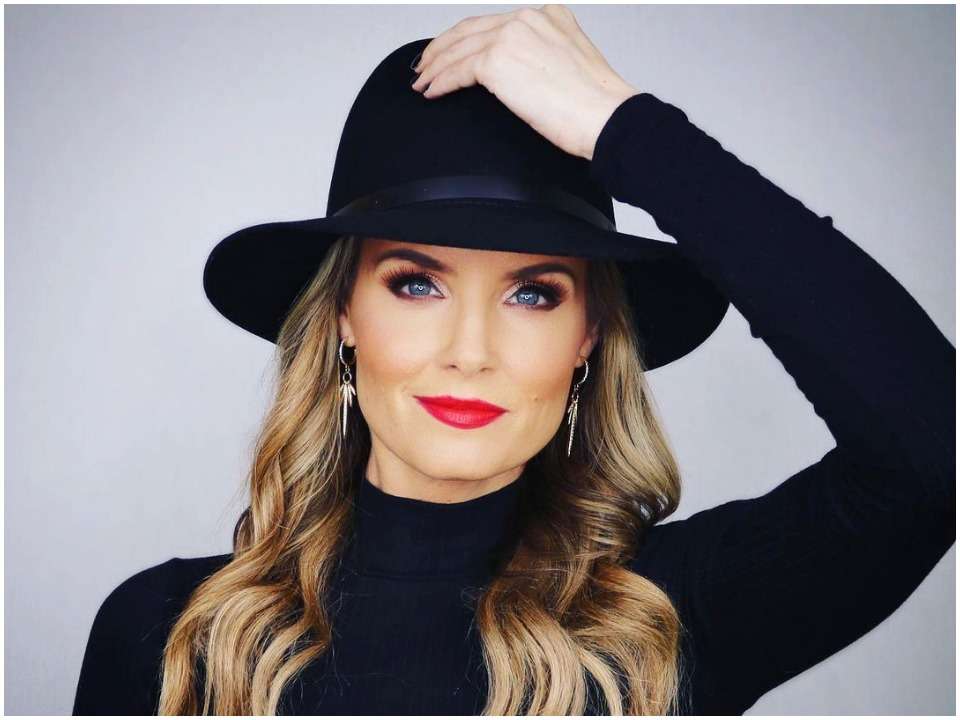 Jillian Mele is an American news anchor who worked as a co-host of the famous show “Fox & Friends First” based in New York City. On 29th October 2021, she announced her last day on the Fox channel and said that she would be going back to La Salle University to complete her MBA. She said that she would rather choose to focus on her personal life.

Jillian Mele was born on 17th September 1982 and was brought up in Glenside, Pennsylvania. She is the daughter of Roseanne and Thomas Mele. Earlier, she worked as a grocery store clerk while being in high school. In 2005, she did her graduation with a degree in B.A. in arts and communication for which she went to La Salle University in Philadelphia.

After completing her school, Mele accepted the offer of being a sports anchor in Presque Isle, Maine, and the WIVT-TV in Binghamton, New York. Later, she joined NBC 10 in Philadelphia, Pennsylvania where her hard work made her earn the title of Emmy Awards for the famous show about the Olympics. Probably after seven years in 2014, she joined a position in NBC Sports Philadelphia where she was appointed as the co-host of a morning sports talk show named “Breakfast on Board” for which she again earned the title of Emmy Award a Philadelphia Eagles post-game program called Endgame. In 2017, she was being offered the position of an anchor with Fox News where she served herself to be a co-host at “Fox & Friends First”. She played the role of headline reported for “Fox & Friends”.

Mele was the anchor of the show Fox & Friend which is telecasted on weekdays from 6 am to 9 am ET. The show majorly covers conservative political analysis. Her expertise with the work has brought a huge fan following for the show where she included an interview with the former president Donald Trump. This has made the favorite show of many of her fans. Most of Trump’s tweets were said to be from the side of the show which further enhanced its popularity. The show is often criticized by opposing Republican Party who all does not relate the views nor expresses the party’s policies. Another fact to know about Mele is that she is an amazing pet lover who also owes a dog named Cogi who has attained the age of over fifteen years and has been living with her.

Jillian Mele is a successful journalist who has attained huge fame out of her work. However, she has kept her life private from the media outlets. From reliable sources, it has been revealed that she doesn’t like to talk much about her love life or any past affair. One thing that she has made public in media is that her love of life is from Boston and the rest of the information is like a nut to crack for most of her fans!

Through reliable sources, it has been reported that Mele earns an annual salary of around $71,000. Jillian Mele is an eminent professional anchor who earns an estimated net worth of around $1 million.

Trivia: the unique style of Mele that always led her to achieve more in Life!

Jillian Mele has adopted a unique style with which she anchors or does reporting of the show. She has not only specialized with the work but has also set them the signature style for her career. Jillian is one of the versatile personalities on television. She has covered major news reports including a destructive flood of June 2007, and traffic reports at NBC 10. She didn’t go unnoticed while working with Fox. Jillian has monitored her career progression with the network for which she started working in April 2017. While working for the network, she earned a promotion where she got the work of co-hosting the famous show “Fox & Friend” alongside Rob Schmitt.