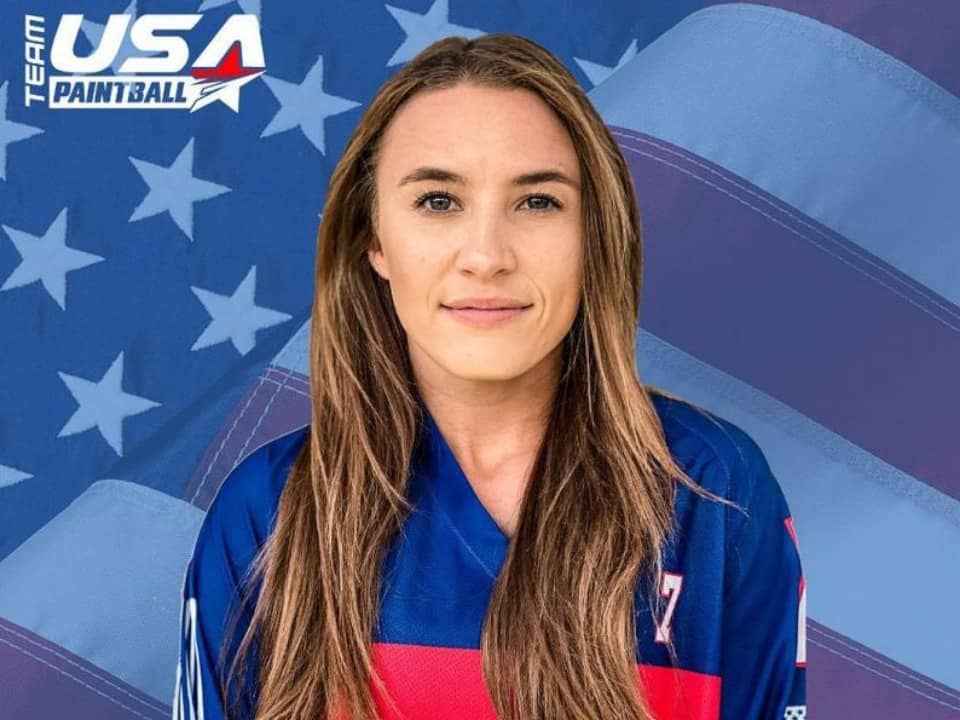 Jessica Maiolo is a former professional paintball player of the USA Paintball who has recently been the part of a discussion and controversy owing to posting a controversial TikTok video saying a Miami youngster needed a treadmill instead of a vaccine. After an investigation into a video, she posted in which she ridiculed 17-year-old David Espino for requiring “a f—-ing treadmill,” not a vaccine, Jessica Maiolo, 31, has been expelled from Team USA Paintball “indefinitely.”

Jessica was born in 1989 because currently, she is 31 years of age however, the exact date of her birth with place remains unknown. Moreover, no details are disclosed regarding her education but it is known that from her school days, she somehow played paintball. Talking about her interest in paintball then, she wasn’t into sports from her earlier school days. Although because of her boyfriend who used to play Woodsball and she went to watch his practice season. Once, she was insisted several times by the team to try so she did and did surprisingly well.

As far as her career is concerned then she usually played NTXL, USXBL, and other local events with the team. She was included in the team for the first event with NXL Cleveland and ever since then was a part of the team Texas Phalanx, until she was barred recently. Jessica eventually joined the team in July 2016 but, she did play in May 2016 as BarLine at the D4 Xball tournament.

Following a viral TikTok ridiculing a Florida teen’s obesity after he had been hospitalized for 10 days with COVID-19. The taunt has cost her being fired from USA Paintball as stated by the team. Due to Covid, the teen, high school player David Espino, was hospitalized and placed on oxygen. He described the condition as “pretty scary” and warned that anyone may contract it. Maiolo, on the other hand, was unconcerned and showed no sign of sympathy.

She spoke about a Miami kid whose mother stated she wished she had received him the vaccine sooner so the serious disease could have been avoided. Maiolo said in the video, standing in front of a television with the news story paused. Maiolo was chastised on social media for fat-shaming a teenager and spreading vaccine disinformation, and was called a “vile human,” “cruel,” “evil,” and “disgusting,” to mention a few terms. The video sparked outrage on social media, prompting users to reach out to USA Paintball.

USA Paintball conducted an investigation against Jessica Maiolo and choose to remove her from the team indefinitely. Team USA Paintball has revealed that they have zero tolerance for any kind of bullying and discrimination. Further, authorities said while condemning such acts has stated that its top objective has always been to represent the country with honor and dignity.

They have been thanked for giving them this opportunity to indicate where they stand to the family that did not need, asl, or ever deserves to be put in this position. Users were outraged enough to submit Maiolo’s statements to Team USA Paintball, a non-Olympic organization. Maiolo has previously stated that she is opposed to vaccinations. In response to the uproar, the 31-year-old has stated that it was never her aim to embarrass anyone.

In a statement, she has revealed that, “What started out as me expressing my personal opinion about something I feel quite passionately about, has turned into a moment of regret for the situation I have put my teammates, our sponsors, and the sport I love into,” Further, she added that, “If I were to have such a moment again to convey my full thoughts, I would choose my words more carefully and consider how my opinions may affect others.”

Maiolo has revealed that she is a very passionate person as evidenced by my various hobbies. Further, adding she has stated that her passion for paintball and fitness is the same as it is for self-advocacy and everything else that makes her glad to live where she does. She has seen this as a moment of regret stating, “I appreciate the opportunity to see this situation from the viewpoint of others, and to learn where I can do better and will. I hope that I may inspire others to realize the power of their words too.”

As of now, there is no information available regarding who her boyfriend is? But, during her school days, she used to date a guy who was playing woodsball. He quite often ditched her for practice seasons and after breaking up with him, her friends advised her to watch his practice so that she wouldn’t be bored.