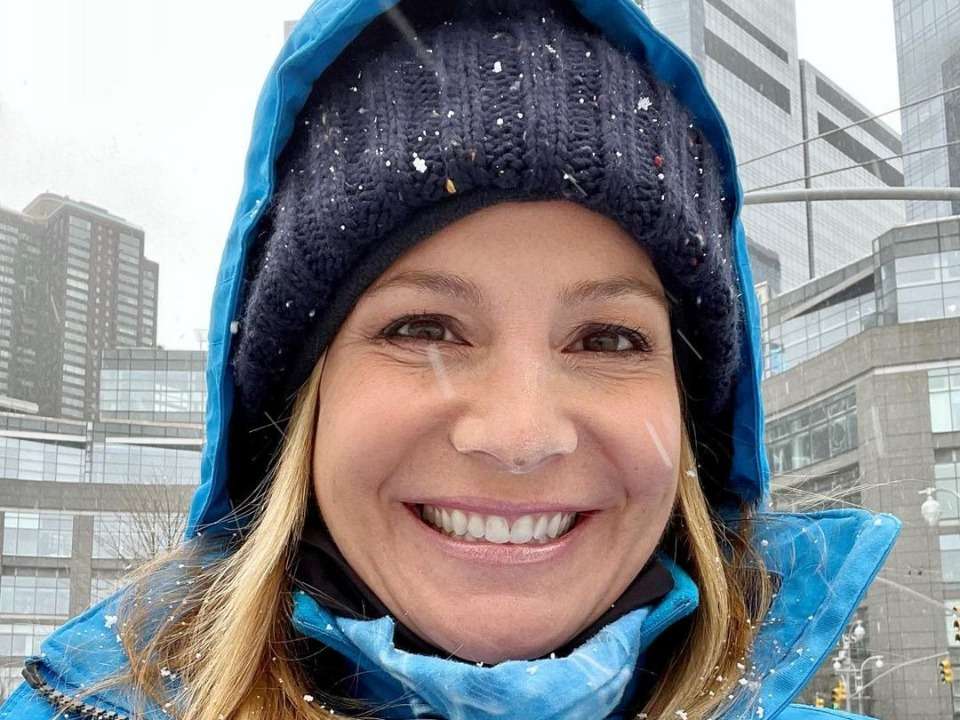 American television meteorologist, Jen Carfagno is considered to be the coolest weather girl of recent times. Alongside being a media personality, she is quite famous for her fascinating looks. Currently, she serves for The Weather Channel, popularly known as TWC. Alongside she is also the co-host of the morning show ‘America’s Headquarters’.

Jennifer Carfagno was born on 19th July 1976 in Collegeville, Pennsylvania, USA. She grew up in the small town of Collegeville with her parents and her siblings. Jen was interested in airplanes at first and wanted to become a pilot,  however, with the passage of time, her interest changed. Later she discovered her interest in weather forecasting thus started to become a meteorologist and also build her future career in it as well. Carfagno studied at Perkiomen Valley High School for her secondary education. Later on, for her higher education, she enrolled in the Pennsylvania State University, got graduated with a Bachelor of Science degree in Meteorology.

When Carfagno was a toddler, she aspired to fly planes and become a pilot although she changed her mind after growing up and her interest changed. During her high school days, she used to serve as a lifeguard at the school’s swimming pool, she discovered her interest in meteorology. She often measured the swimming pool’s dew point and worked with a psychrometer also used for measuring weather conditions. This made her interested in weather forecasting. She decided to start her career on the Weather Channel. At first, she used to work behind the camera, gathering information necessary for weather forecasting and after a few years, she got the chance to appear in front of the camera and serve as an intern at the Weather Channel.

After completing her one-year internship, she was hired as a full-time employee. She used to participate in the on-screen meteorologist apprentice program. Later she worked for ‘Weather Underground’. It is a commercial weather service, which provides real-time weather service through the internet. Moreover, in 2013, Jen along with Alex Wallace started anchoring ‘Weather Centre Live’ on Thursday-Friday mornings and weekends. After all these years of hardships, she has been able to reach the highest peak, which is a real proud moment for her. Currently, she serves as a co-host along with Jim Cantore and Stephanie Abrams for the ‘America’s Morning Headquarters’, a popular talk show of the Weather Channel.

Over these years, gorgeous Jen became popular on social media and has gained 55.3 k followers on her Instagram account @jencarfagno. Whereas on her Twitter account @JenCarfagno, she has earned around 968.2k followers so far.

This famous media personality is married to Neil McGillis. He is the head of Global Weather Solutions, IBM Watson Advertising, and Weather – The Weather Company. The couple has kept their dating history aloof as they appear to stay reserved about their love life. The couple is blessed with 2 adorable and cute daughters namely Natalie and Kelly.

Jennifer Carfagno’s estimated net worth is over $1.5 million. Being a popular TV face certainly has its perks, as her annual salary is close to $100,000 per year. She earns her fortune mostly from the income she makes through her career in broadcast journalism. Her personal assets include a house, vehicles, and other belongings.