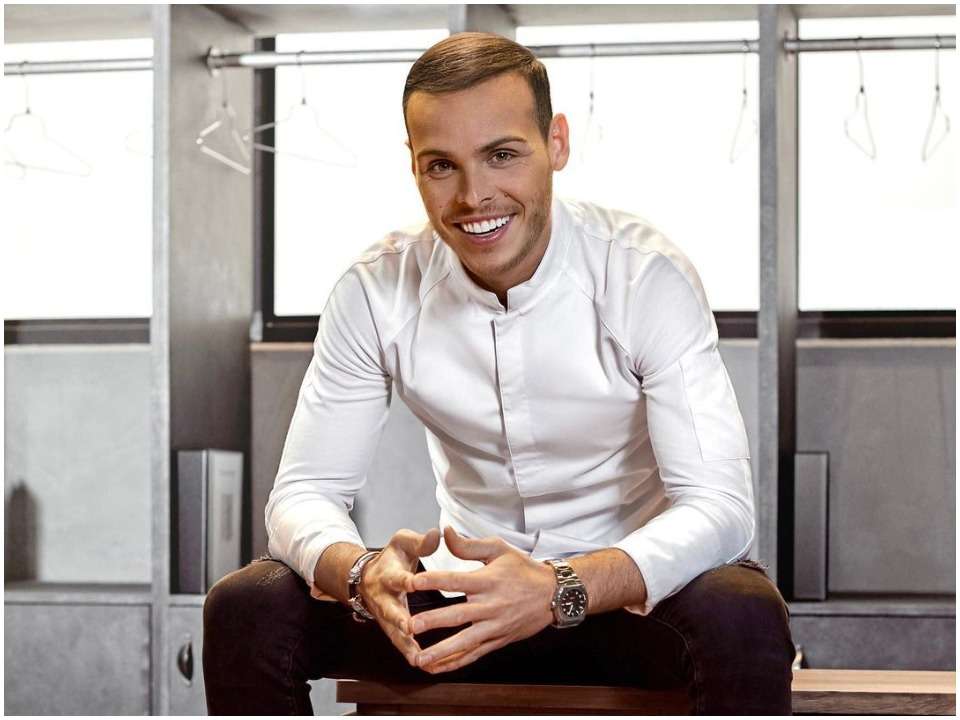 French personality Amaury Guichon is a quite popular personality who gained recognition as one of the best chefs in the country. Apart from being a reputed chef, he is an entrepreneur, influencer, social media personality, YouTuber, and teacher. Currently, he is in news because of his masterpieces and unique designs of chocolates. He is not only a pastry maker but also an artist who makes various arts from chocolates. He is the founder and owner of a pastry academy that he set up in Las Vegas, USA. There, he also teaches the making of artistic sculptures and designs with chocolates.

Amaury Guichon was born on 15th March 1991 in Cannes, France, and was brought up by his parents named Phil and Mary Anne. His parents never underestimated the dreams of their son. Guichon’s parents always supported and let him chase his dreams. Guichon follows the Christian religion and belongs to the White ethnicity. He grew up in the Haute-Savoie region of France although, now he resides along with his family in Las Vegas, Nevada, United States. Since childhood, he was not interested in studies and that is why he dropped his education at the age of 14.

Guichon was having a keen interest in culinary art especially in the field of cooking and food decoration. He learned culinary art at Ecole Hoteliere Savoie Leman. It was a two-year course that he pursued to strengthen his pastry-making skills. Later, he went to Wolfsberg College and completed his two-year course in pastry. He received the completion certificate in 2007. Thereafter, he went to the US where he received his advanced pastry skills diploma. He devoted more than 15 years of his life to developing his skills in cakes and pastry decoration.

According to his LinkedIn account, Amaury has worked as a pastry chef at Aria City Center. He got his job in 2013 which he continued till 2017. Later, he got the chance to work with Jean-Philippe Patisserie. Jean-Philippe Patisserie is located in Las Vegas, United States. Guichon also served the position of supervisor, whose work was associated with making, checking, and altering finished products. Before this job, he was deputy boutique manager and a teacher at Lenotre School of Cannes. He also joined Hugo & Victor in Paris where he was appointed as Executive Chef. He was also one of the contestants in the French reality show named “Who will be the next great pastry chef?” where he secured the third position.

Amaury Guichon owes a long-time girlfriend who is now his wife named Fiona Bergson. They got in touch with each other in 2017 and tied the knot on 11th January 2021. The couple seems to be super expressive on the Internet and has shared lots of their pictures while being together on their social media profiles. Fiona has revealed a few glimpses of her life disclosing her introverted nature. She enjoys traveling alone, going to theatres, exhibitions, and discovering new restaurants.

On her Instagram, Fiona shared a picture of herself with her hubby Guichon saying that he filled his life with joy and love as she was lucky to have him in her life. She called her hubby the most amazing person on earth. Fiona seems to be blessed to have Guichon in her life. She often expresses her thoughts on him. She once said that there is not any other person in her life with whom she can spend her time. Guichon makes her every single day an amazing day. Fiona is also her husband’s manager so they get enough time together and remain side by side. As of now, the couple is not having any kids.

Amaury is earning good fortune because of his business, programs, and shows. He used to charge USD 20-30K approx. for every order of cake and decorated masterpieces fully-fledged with chocolate art. If we roughly calculate his net worth, it comes out to be nearly $8-15 million including his assets and income sources.

As far as his wife is concerned, Fiona is the owner of the Imperial Tattoo Connexion shop which she set up in Montreal, Quebec in 2010. Also, she is the director of international operations of Amaury Guichon Pastry Academy in Las Vegas. So, Fiona’s net worth is estimated to be nearly $700K as of 2021. Her journey from finding a job for herself and landing to owning a business made her to travel several countries. So, she finds herself okay to work anywhere.