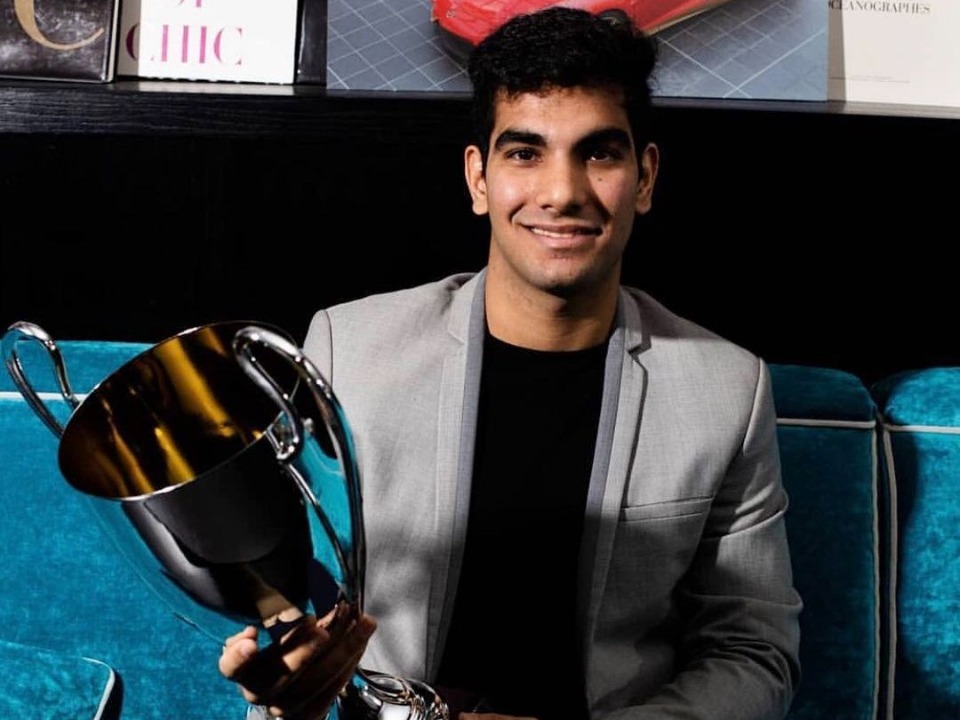 Jehan Daruvala just created history and stunned the world after becoming the first-ever Indian to win a Formula F2 race. He was a student of the Force India F1 team and became one of the three winners of a one-in-billion hunt organized by the team in 2011 and also is a member of the Red Bull junior team.

Jehan Daruvala was born on 1st October 1998 in Mumbai which is in Maharashtra in India she is an Indian racing driver who is currently the first Indian to win the F2 races. His father’s name is Khurshed and his mother is Kainaz Daruvala belongs to the Parsi family. He was a student at Bombay Scottish school which is located in Mahim in Mumbai India. His father Khurshed is the current managing director of the company Sterling and Wilson which is a company of Shapoorji Pallonji

Jehan is said to be one of the best players of car racing drivers who is currently of Indian nationality and is representing the country on the international platform. He drives car #8 and started at the young age of 13 when he initiated his career with karting. He got his coaching from Mr. Rayomand Banajee who took him up in this field. Daruvala was honored by the wise champion and champion in Europe and Asia. As stated earlier Daruvala started karting at the age of 13 in the year 2011 he started winning titles at the age of 13 as champion and vice-champion across Asia and Europe. He was coached by Rayomand Banajee who recognized his talent early and was instrumental in laying the foundation of this young individual’s future success

In the year 2000 15 Daruvala stepped up to single-seaters with Fortec Motorsports sports which was in the Formula Renault all 2.0 championship he placed fifth in the northern European Cup and took part as a guest driver in the euro Cup and Alps series. In the following year, he switched to reigning series champion Josef Kaufmann racing and took his first-ever pole position in the northern European Cup to finish 4th overall he finished ninth in the euro Cup.

He stated his intentions of switching to the European Formula 3 championship for the 2017 season in the year 2016. The newly signed to race with Carlin in the following month. He won a race at nourishing and placed sixth in the championship. he had outscored every one of his teammates apart from champion Lando Norris.

The previous year in 2019, Jehan competed in the inaugural formula three series and was part of the Prema Powerteam. He won two races one being the Sprint race at the Circuit de Barcelona Catalunya and the feature race in France. In this event, he successfully scored seven podia and placed in the second position throughout most of his season. He later slipped down one place to finish third in the championship and was only one point behind his teammate and the well-known Marcus Armstrong.

In February of the year 2020, He was seen reuniting with his previous motorsport company Carlin to contest in the 2020 season food stop alongside him who in the Red Bull junior team was his fellow member Yuki Tsunoda who is a Japanese racing driver. That season he ended with his first-ever win in the formula two Sprint race at saker in Bahrain this enabled him to be the first-ever Indian 22-year-old who won the F2 victory after Schumacher and flat-spotted a tire on the 1st lap.

Jehan is dating Maia Shroff a famous model at the moment and they are in a relationship since 2016. They have been spotted together at many places. The couple shares pictures of themselves together on social media. He can be found on both Instagram as well as on Twitter. After his recent success in winning the F2 championship his following on both these platforms has increased he currently has around 113K followers on his Instagram and can be found under the handle @jehand98. His Twitter on the other hand has around 22.7K followers you can be found under the handle @DaruvalaJehan.

Jehan Daruvala has done very well in his career and he is an accomplished racer. He is talented and has earned a lot of name and fame for himself. He is hardworking and confident about his sport. It is estimated that he has a net worth of around $2 million.