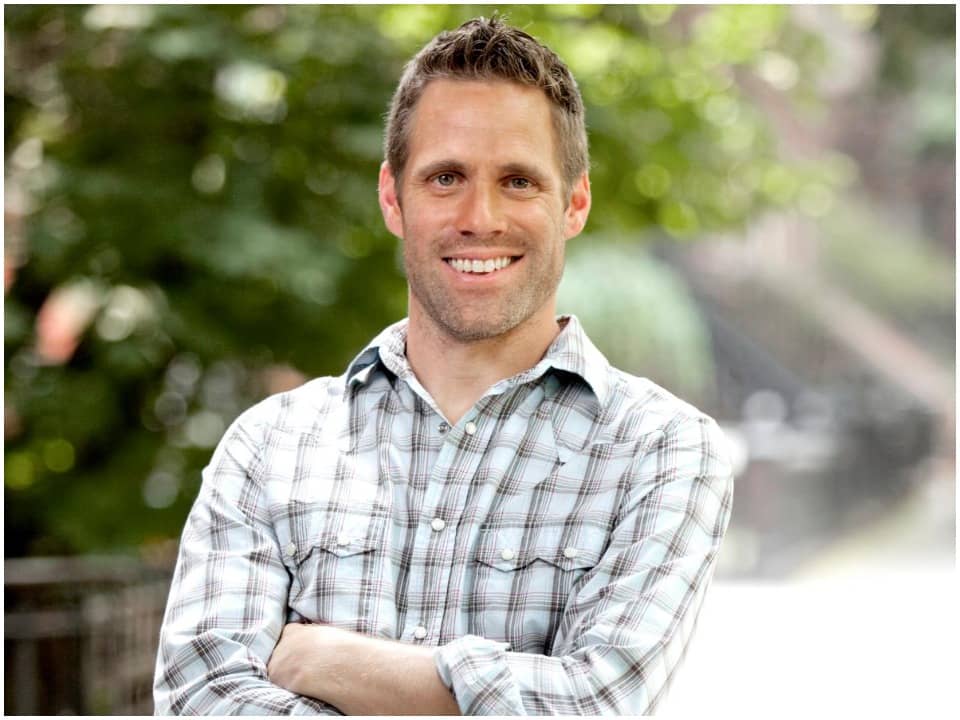 Jeff Devlin is a contractor and carpenter famously known as the host of the television show Stone House Revival on the DIY network. He is a well-known personality in his field with years of experience.

Jeff was born on 19th May 1973 and grew up in Bucks County, Pennsylvania that makes him 48 years old. He has not shared the names of his parents but is known to have been born in a Christian white family. Jeff used to ride bikes through Newtown and always visited the hardware store on the way. He also used to learn guitar and tennis while he was a kid and also enjoyed watching movies. In fact, he quite often used to go to Newtown Theatre for enjoying shows there.

He also often went to have dinner with his family at Pig’s Diner and ice cream sundae at a shop called Goodnoe. Jeff completed his high school graduation from Neshaminy high school in 1991 and did not pursue any further education in college. He instead started apprenticeships under various carpenters to gain the mastery of workmanship in building things.

Jeff started his career as an apprentice carpenter for different people in his county and worked for five years. He later decided to open his own company when he was 15 years old in 1995 and which is now named Schoolhouse Woodworking. He is an LLC licensed contractor and carpenter and has gained experience of over 20 years in the field. His first ever tv appearance as a carpenter was at HGTV’s spice up my kitchen in 2007 and he later also appeared in Ellen’s design challenge in both seasons from 2014 to 2016.

Jeff was also seen in HGTV networks’ show I hate My Bath. He also tried his hand working as a cameraman on small projects and used to film drag racing, water polo, etc. Jeff started appearing in the and Diy Networks home renovation show named Stone House Revival in 2015 where he would take up rebuilding projects on old houses and revive them working along with a team of experts from Pennsylvania. He has been part of every season of the show and is currently set to appear in the fourth season of the show.

He is currently married to his wife Christine Devlin and has two teenage kids, a daughter named Reese and a son named Aidan. They married in May 2013 and have been together ever since then. He loves to go on adventure trips with his family and often posts about his experiences. Jeff is currently settled in Chester County with his family. He is a great lover of coffee and pets specifically St Bernard dogs. He also owns a pet female St Bernard dog named Gretel.

Jeff is a guy who worked hard to achieve what he dreamt of and grabbed onto the right opportunities. He started small and has now achieved big heights. His love for houses and building creative things brought him this far and there is much more ahead in the store for him.