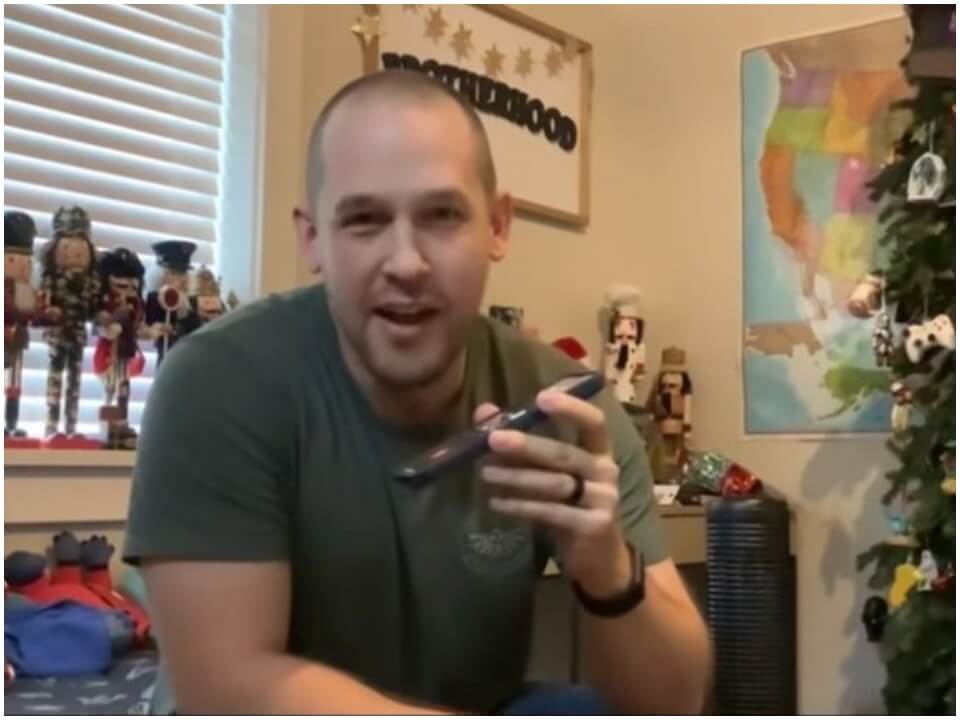 Jared Schmeck is from Oregon and is around 35 years old working in an electric company. He also used to be a cop in the past. Currently, he is working at the local firm Winema Electric. He made a comment called “Let’s Go Brandon” that flooded a lot of reviews on the page of Winema Electric. Many condemn to say that he has not done the right things to say such a phrase while others support Jared.

Jared is 35 years old man whose full name is Jared Michael Schmeck and lives in Central Point in Oregon. He went to Mazama High School in 2004 and worked as a police officer for Medford Police Department who quit his job and joined his father’s company. Although, he didn’t mention any reason or any kind of information why he left that job. He describes himself to be a free thinker. Aside from Central Point, Schmeck has also lived in other parts of Oregon including Klamath Falls. Previously, he used to live with his family in Yonkers, New York, USA. His parents are William “Bill” Lee Schmeck and Cindy Marie Roy Schmeck. Both of his parents together own the company called Winema Electric Inc., which is based in Klamath Falls, Oregon. He completed his graduation in 2004 from Mazama High School in Klamath Falls.

Jared Schmeck was also part of the cop crew in April 2012. He joined the Medford Police Department in Medford, Oregon with the position of Police Officer. Later, in January 2018, he joined Winema Electric Inc. as an office administrator. On 15th June 2018, he ended his period with the Medford Police Department. Later on 27th July 2018, he got himself registered as a voter in Oregon and a Republican. Also, Jared was 35 years old when he explained himself to be working with Winema Electric Inc. as an office administrator and when he talked to President Joe Biden and his wife Jill Biden on the phone call on 24th December, 2021.

He is essentially cursed for the live stream call that he had with president Joe Biden. On the phone call and the eve of Christmas, he triggered the mini firestorm. To reach the families, the president, and his wife came to give wishes to all the live streamers listening to the show. Jared Schmeck became the lucky one to be chosen to speak to the family first. Jared described his children’s fantasies for Christmas. Thereafter, Joe Biden joked about the kids saying that kids need to go to bed by 9 p.m. for Santa to come. After both the Bidens took their turn to wish “Merry Christmas” and “Wonderful Christmas” to the father of four children, Jared coded the phrase,  “Let’s go, Brandon!”

This particular phrase is a right-wing chant that means to say  “F**k Joe Biden.” The origin of this phrase came into being from a NASCAR race in early October. At the moment, the reporter was misheard in the crowd as if he was chanting “F**k Joe Biden”. Instead, the whole population was cheering for the race car driver Brandon Brown with the statement, “Let’s go, Brandon.” Since then various personalities have come forward including Congress to Donald Trump Jr. who has used the term “Let’s go Brandon” to tell Biden….Rest you all know it well.

Jared Schmeck got married to his beloved and gorgeous wife named Amanda. The pair married each other at the Eastman Gardens in Grants Pass, Oregon on 8th August 2008. By that time, he was pursuing an associate’s degree in electrical science. He has also served as an electrical apprentice with Winema Electric when he married Amanda. In 2010, his wife Amanda gave birth to their first child. Later in 2019, Jared became a parent of a fourth child.

Jared described himself to be an ordinary personality. Although he has worked for many profiles, he, at last, landed his family job at the electric company that was started by his parents. It is said that Jared earns an annual salary of around $80 K to $85 K. However, he has not given the exact figures of his net worth.