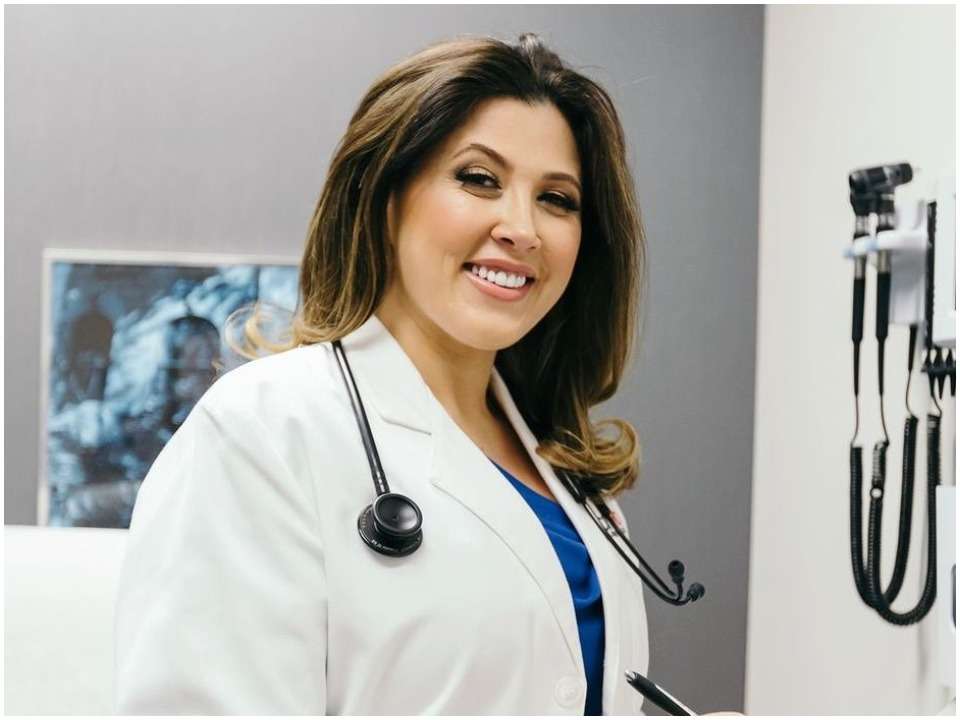 Janette Nesheiwat has been working in the healthcare industry for more than a decade. She is a doctor by profession and is also a contributor on the fox news channel. Janette Nesheiwat is a nationwide medical news correspondent. Her mission is to change their lives, to give them real treatments, and the expertise they need. Janette Nesheiwat is best known for her most recent work on America Reports (2021). Before this, she has also been part of various other shows like  Mornings with Maria Bartiromo (2014) and The Evening Edit (2014).

Janette was born on 25th August 1976 in New York and was brought up in Umatilla, Florida. Her parents moved to Umatilla, Florida because of the greenery of the area. They thought the place to be perfect for raising their young children. Janette was deeply impacted by her mother Hayat’s professional life. Hayat was a registered nurse at Florida Elks Children’s Hospital.

She used to volunteer with her mother at the hospital and used to treat those who were near her age who were homeless or suffering from cancer. Janette welcomes the public’s comments over her Instagram and social media profiles. She is open to family, friends, and other interests and allows them to capture and share thoughts over most of her recent works. Jenette went to a few of the well-recognized and popular universities of the area like the University of South Florida and the University of Arkansas for Medical Sciences.

Janette is one of the five children born to her parents. Her mother became widowed when she was in her childhood. She has been raised with four other siblings and today she adores the efforts of her mother in raising her to what she is today. She is the daughter of immigrant Ben and Hayat Nesheiwat. Both of her parents belonged to Jordanian Christian origin.

Hayat came to New York when she was four years old. Janette was raised with three sisters and one brother. Janette was very young, nearly 13 years old when her family lost her father in an accident. Since then her mother Hayat raised the whole family alone. She has one elder sister Julia, one younger brother and sister Daniel, and Jaclyn, and youngest sister Dina. Jenette has completed her US Army ROTC Advanced Officer Training in Ft. Lewis. Washington before finally becoming a family and emergency doctor.

Jenette mentions medical healthcare, healthcare, hospitals, healthcare management, healthcare information technology, critical research, ACLS, etc as one of her primary skills in the healthcare industry. She is also an expert in public speaking and medical news. Janette has worked with a few of the well-established names who all have recommended her for her professional works and schedules including Andrew Kenlon (Freelance Segment Producer, “Squawk on the Street” at CNBC), Tatiana Shakespeare (Multi-Unit Manager and HR Representative at Vybe Urgent Care) and Ira Weintraub (Business Funder). Janette Nesheiwat has been a family and general medicine doctor since 2009.

She is also a medical news correspondent and a famous TV personality at the same time. Janette calls herself a medical news expert. Janette’s website describes her as one of the top family and emergency doctors. She is engaged in breaking and refreshing the latest news and everything that a family may need to stay healthy all the time. Janette has worked on her patients in the ER, has served as the front line of disaster relief, shared the information with the TV audiences, and has also been part of various missions while changing the lives of people. She has worked on various treatments and expertise that a person may need to make his or her life healthy from all aspects.

Janette Nesheiwat is currently not married. She is single and is not involved in any scandal or controversial story. She thinks herself to be a devotee of young, homeless, and needy people who may need help to make their life a stable one.

She earns a net worth of somewhere between $3 million and $5 million. Janette is currently working as medical director and news correspondent at CityMD. She inspires and educates people not to smoke, and do use tobacco and vapes.