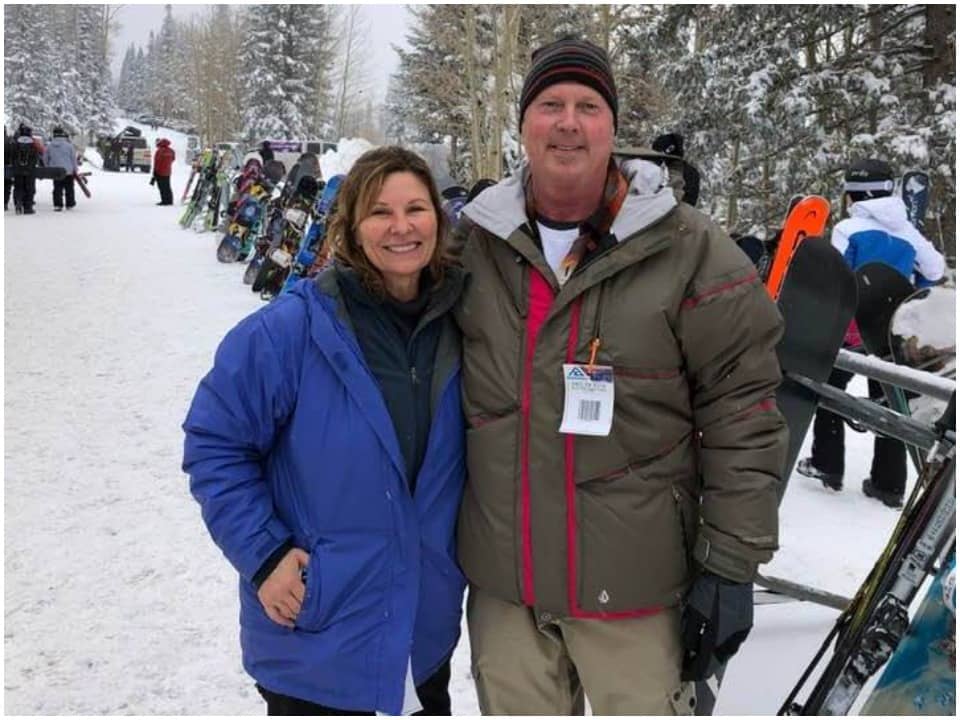 Janene Hoskovec belongs to Arizona who is a former SAP employee and was accused of coughing on a mother and a daughter at a super saver grocery store in Lincoln, Nebraska. The incident took place on the 3rd September 2021 at the Super Saver store where a woman coughed on the other woman who came there along with her 13-year-old daughter. The video was about the woman pushing her cart while talking to another lady about her allergies due to which she coughed at them. The daughter posted a video of her while coughing and provoking the mother-daughter pair to join her in the fight. The video of the whole scenario went viral within no time on social media platforms.

Janene Hoskovec is 55 years old who lives in Scottsdale, Arizona, but her family resides in Lincoln, Nebraska. She is a married lady and her husband’s name is John Greevers although, it’s not clear whether the couple still lives together or not. She attended Lincoln High School and graduated in 1984 where she was president of her class as well. Apart from this, she was also a team member of the school’s swimming as well diving teams. For further education, she went to the University of Colorado Boulder and gained a Bachelor’s degree in Journalism in 1990. In addition, she did a master’s from Arizona State University in 1997 and also attended the US Air Force Academy and studied engineering.

Initially, Janene worked as a technical document specialist at NASA from 1998 to 1999 and also worked in the Hewlett Packard. She joined the SAP in Scottsdale from 2007 to 2015 where she worked as an independent contractor. Later she worked as an account executive at SAP in Tempe, Arizona from June 2018 to June 2020, two years. Just about a year ago, she became the client partner and is now no longer associated with the company because of this incident. Her Linkedin profile bio reads,

After the incident happened in the super saver grocery store in Lincoln, Nebraska; the company said in a statement that they are investigating the situation. Later on 8th September 2021, the SAP company where the woman used to work has said in a statement that we have reviewed the incident and can confirm the individual in the video who will no longer work for the company.

“The health and safety of our employees and the communities in which we live and work are of utmost concern to us. We are taking the matter of an SAP employee incident very seriously and investigating the situation.”

On the other hand, Hoskovec has not commented publicly yet and the charges made on her because of the allegations of coughing on other personalities while being maskless. However, the Lincoln Police Department and Super Saver have also commented on the video. For the first time, SAP said in a statement (posted on Twitter) that the health and safety of their employees and the community where they live and work are of utmost importance. We take the matter of SAP very seriously and will surely investigate the situation.

Janene Hoskovec was first named as being the woman who used to make a video on TikTok and known for investigating and finding viral videos and stories. She was first found to be the lady behind ThatDaneshGuy. On the other hand, Danesh who used to work for another TikTok user confirms Hoskovec’s identity by posting a video while naming her on 7th September 2021 leading to a statement from SAP.

The video was first posted on Reddit by the woman who had to suffer this. She first titled the video with, “Anti-mask Karen deliberately coughing on me at South 27th Super Saver”. Later it was posted on TikTok by the 13-year-old daughter of the same woman and shortly went viral there. She also posted the video on Twitter and within no time it went viral there too when it was reposted by another account like Fifty Shades of Whey. The company (Fifty Shades of Whey) wrote in his tweet

“COVID-denier in Nebraska coughs on shoppers at a supermarket. …” this woman was last seen in the super saver while coughing on the other people and spraying her aerosol while being in the period of the pandemic.”

The father of the 13-year-old daughter who was not present at the time of the incident also shared the video on Twitter and wrote that she set a motion for the whole incident and picked the mother/daughter to harass. The lady kept following them thinking they wanted to get away. Some of the other persons went into the scene but couldn’t help much. The employees of the super saver store didn’t do anything about this. They didn’t ask the lady to get away or wear the mask. They just broke it up.

The woman recorded the video of the cougher who was not wearing the mask and was coughing or tickling other buyers at the super saver. She wrote that mask is a mandate at all the non-residential places and she behaved in a way that doesn’t seem to be normal for anyone. Mask was mandatory for all vaccinated and non-vaccinated persons according to the health department but she provoked them for uploading her video over the web.