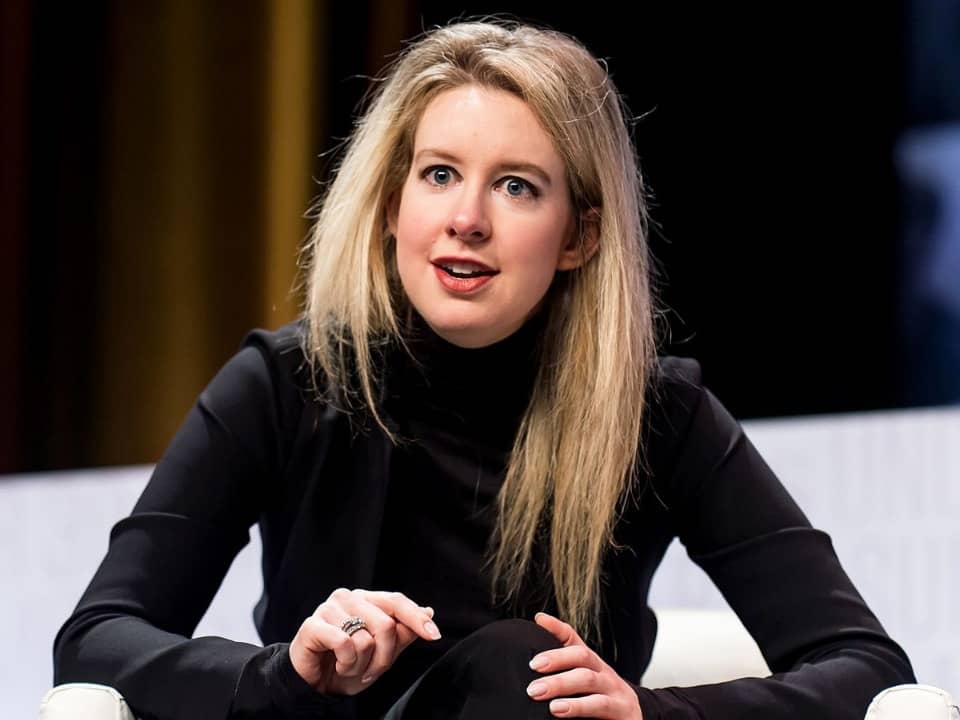 Elizabeth Holmes or popularly known by the name Holmes only, Founder and Chief Executive Officer or CEO of Theranos which is a Now-defunct health company. She has been featured on Forbes as the youngest self-made billionaire, however, it was revised after finding out the fraud they all had done not only this she was regarded as the world’s most disappointing leader after the fraud. She along with her company members claimed a few things related to the development in blood testing technology and later on it all resulted in fraud.

Elizabeth was born on 3rd September 1984 in the American Capital, Washington DC. No information regarding his parents, siblings, and other family members is available on the web. Her hobbies include reading fictional novels and biography books. Elizabeth completed her freshman, sophomore, and other high school years at St. John’s High School in Houston. During high school, she was keenly interested in computer Programming and she even sold some C++ compilers to Chinese universities, apart from this she even attended some summer programs at Stanford. After completion of her high school, she joined Chemical Engineering at Stanford University and worked in Laboratory and tested SARS Coronavirus, afterward she filed the patent, further in the year 2004 she dropped the college and used her college fee as a Capital for her business.

The overall career of Elizabeth Holmes can be split into 2 phases, the first one is the soaring phase of her company Theranos and another one is the downfall of Theranos and the charges on Elizabeth. To begin with, Elizabeth dropped out of college and started the company with her college fees as the capital. She got the idea to start the firm with the fear of people from needles and hence she developed the tests which could be done with literally small amounts of blood.

Initially, the company was named Real-time cures, and later on, she renamed it Theranos. By the year 2004 she raised up funds worth $6 million and by 2010 the company was having $92 million in venture capital and it was the time in the year 2014-2015 which was the golden time of her career and she was named in the Forbes as the youngest self-made billionaire, several other magazines also appreciate her efforts.

But, then started the downfall of Theranos as well as Elizabeth, John Carreyrou from the wall street Journal started an investigation against her and found something suspicious with the blood testing device and in October 2015 a bombshell article was published by Carreyrou which told about the inaccurate results that were shown by the device, he didn’t stop right there and continued publishing the articles against her, various cases were filed against the company by the US stock exchange and even few cases were filed against Elizabeth as well including the case filed by Arizonans this all resulted in the downfall of the company as well as Elizabeth.

Elizabeth met a guy named Ramesh ‘Sunny’ Balwani who is an entrepreneur and 19 years older than her, she divorced her wife and came into a romantic relationship with Elizabeth, they didn’t reveal anything relating to their relationship publically, in the year 2009 Balwani joined the Theranos as Chief Operating Officer or COO. Further, when various questions were raised against the company and various charges came up he left the company in the year 2016, according to Holmes he was fired by her. In the year 2019 Holmes engaged with ‘Billy’ Evans, now they both live in San Francisco and they both married privately in the year 2019. They both were blessed with a boy in June of 2021.

Forbes concluded her net worth to be somewhat nearly $9billion and regarded her as the youngest self-made billionaire but later in the year 2016 when all the frauds were realized her net worth was straight away declined to $0 and she was charged fines as well.