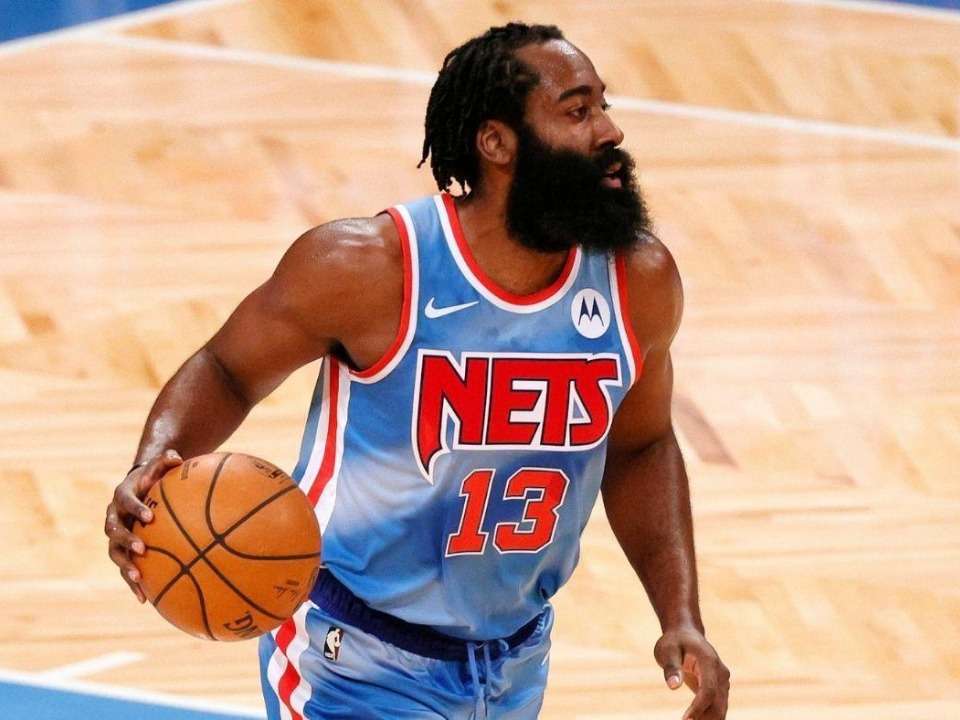 James Edward Harden Jr is an American Basketball Player who plays for the Brooklyn Nets team at NBA. He was selected in the 2009 NBA draft and is famously known as the best shooting guard at NBA. He rose to success from his college basketball career and built himself a name while setting several records as a professional NBA player.

James was born on 26th August 1989 in Los Angeles California, USA. He was born in a Christian family and belongs to the black ethnic group. He is the youngest of three siblings and has an older sister but there is not much available about his siblings. It is known that his mother suffered several miscarriages before his birth. He was born to his parents James Harden Sr and Monja Willis. His father worked in the Navy while his mother had a job at AT&T in Pasadena. He has always been more attached to his mother and did not share a great bond with his father. He is left-handed and suffered from Asthma and spent most of his time playing video basketball games.

James attended Artesia high school in Lakewood and came to know about the school’s hoops program. He decided to join the school team as his asthma was controlled. James played for all three years at school and was also the Mc Donalds All American in his freshman year. He graduated from high school in 2007 and joined Arizona state college. James also joined the college basketball team and became the All-Pac 10 in his freshman year. He graduated in 2009 with a bachelor’s degree.

James started his career in high school where he played for the school team followed by his college career for the Arizona state university team. In 2008, the team was considered the bubble team for the 2008 NCAA tournament. In his freshman year, James was named as an all-district by NABC and USBWA and in his sophomore year, he was featured on the cover of Sports illustrated basketball preview issue. He was later selected in the 2009 NBA draft into the Oklahoma City Thunder and his performance in his first-ever season gave him the title of NBA All-rookie second team. The following season, he received the NBA sixth man of the year award.

Later, at the end of the season, he did not renew his contract with the team and instead went on to join Houston Rockets. He started setting up new records in the 2012-23 season with Houston and became player of the week more than thrice. James was also honored as the all-NBA third team and continued his reign in the next seasons as the contender of most valuable player and was named All-NBA First team in the 2013 and 2014 season consecutively. He was also second to Stephan curry to become the NBA MVP.

He was later nominated as National Basketball Player’s association MVP in 2015. In 2016, he extended his contract with the Houston rockets and started playing at the point guard position, and completed the season with more than 2000points becoming the first player in NBA history. The next season, Houston finished at No1 seed for the first time in history and James became the NBA MVP as well as the National Basketball player’s association MVP for 2017.

In 2020, he demanded a trade and also reported late on training. Later, he was traded to Brooklyn Nets and immediately set new records for being the first player in NBA history to log a triple-double in a debut match. The same season he also earned his first eastern conference player of the week honor and eastern conference player of the month for several months. He was also injured during the season, which resulted in a strained hamstring and he had to return to the locker room in the middle of the game and missed around the next 18 games. James recently returned to play but had to return within a minute of the game due to an aggravated hamstring injury.

He has also played on the national level representing the USA in the Olympics and FIFA basketball. He was part of the gold wining United States basketball team in the 2012 Olympic games and was also selected as a candidate for 2016, but he later withdrew. James also played with the winning team at the FIFA basketball world cup 2014. He is also endorsed by sports brands like Adidas and has had several contracts with them. He is also the owner of professional basketball teams like Houston Dynamo and Houston Dash and became a businessman.

James is known to be in a relationship with Jessyka Janshel. She is a 29 years old model and has been featured in several magazines and campaigns. They started dating in the year 2017 and have been together since then. James has been previously known to have dated Khloe Kardashian but they broke up in 2017. He is also known to have dated other famously known people like Amber Rose, Sarah Bellow, Britteny Renner, and Kyra chaos among others.

James has been a professional basketball player for years and has been highly active in the field. He has set several records and also earned huge respect and wealth. James also endorsed several known brands and also runs various basketball teams. He majorly sources his income from his basketball career added on by his endorsement contracts and business income. His estimated net worth is around $45million.