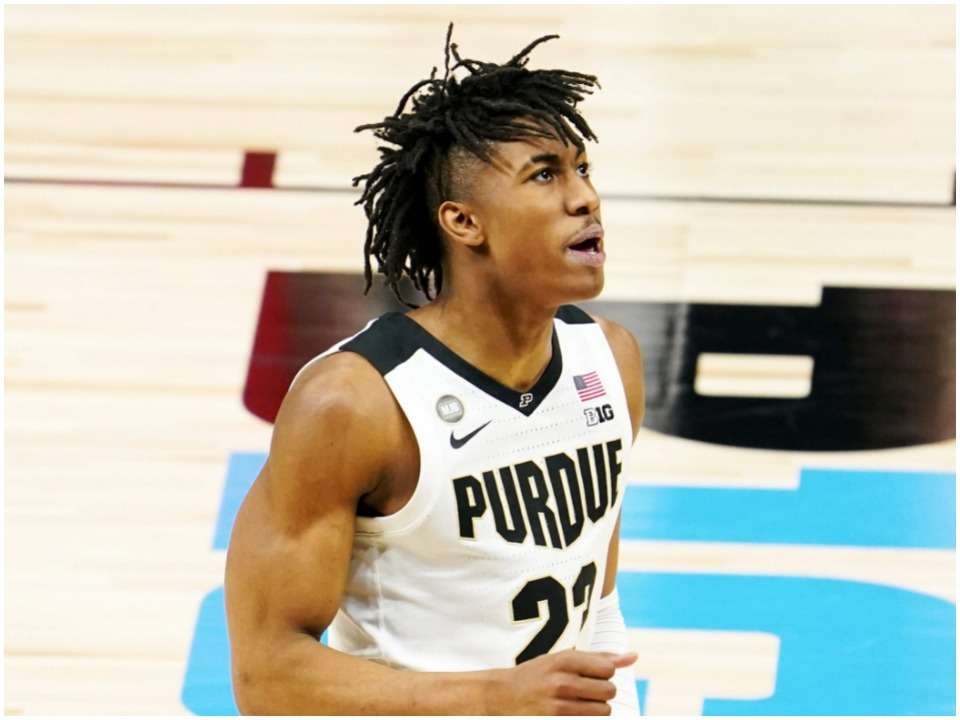 Jaden Ivey is a young and promising college basketball player from the United States. He is now a member of the Purdue University men’s basketball team, which competes in the Big Ten Conference. In 2021, Ivery was chosen to the Big Ten All-Freshman Team. For his team, Jaden is a shooting guard and he is looking forward to getting selected by the professional teams where he could showcase his hidden talent. As per the reports, Jaden is considered one of the best prospects in the NBA draft in 2022 so it won’t be surprising if he gets drafted in the first round.

Jaden Ivey was born in Indiana on 13th February 2002, as Jaden Edward Dhananjay Ivey. Niele Deirdre Jamillah Viveca Ivey and her husband, Javin Hunter, have only one kid that is Jaden. His father is a former American football wide receiver, and his mother is the current head coach of the University of Notre Dame’s basketball team. In middle school, Jaden began playing basketball. Ivey began to concentrate on basketball during his freshman year. He attended Marian High School for his first three years of high school before transferring to La Lumiere School for his senior year. Despite receiving many offers, Jaden chose to play for Purdue University.

Jaden Ivey will represent the United States in the FIBA Under-19 World Cup in Latvia in 2021. He led the squad with 21 points, shooting 7-of-11 from the field, in an 83–54 group stage win over Turkey on July 3, 2021. Ivey was chosen to the all-tournament team after averaging 12.3 points per game and helping his side win the gold medal. Ivey missed five games in his freshman season due to a foot issue. He had a game-winning three-pointer with five seconds left in a 67–65 win over Ohio State on January 19, 2021, as part of a 15-point performance. In a 78–69 overtime defeat against North Texas in the first round of the NCAA Tournament on March 19, Ivey set a season-high with 26 points. He was named to the Big Ten All-Freshman Team averaging 11.1 points and 3.3 rebounds per game.

When it comes to his personal life, Jaden is quite private and he is also not active on social media, which makes speculating about his dating life difficult. For the time being, it’s safe to presume Jaden is single. We also have no information about his previous relationships or previous engagements. He appears to be more focused on his profession right now. Jaden might be found on social media sites such as Instagram and Twitter. On his Instagram, he has around 30k followers with a verified account, but he is not very active on the network and only has a few posts. Jaden joined Twitter in 2017, but his account is not verified. He has roughly 10,000 followers on Twitter. He’s also not really active on this site.

Jaden is presently in his sophomore year of college. He hasn’t started his professional career yet. Universities do not pay their athletes, but instead, provide them with scholarships. Because of his parents’ excellent careers, Ivey must be living a luxury lifestyle. Niele Ivey, his mother, is reported to have a net worth of over $1 million. According to accounts, Niele’s annual pay at Notre Dame is more than $250,000. She also spent five years in the WNBA, where she earned more than $100,000.Jaden is regarded as one of the best prospects in the next draughts. He’ll make millions from his career, and an NBA rookie’s salary is moreover $1 million.