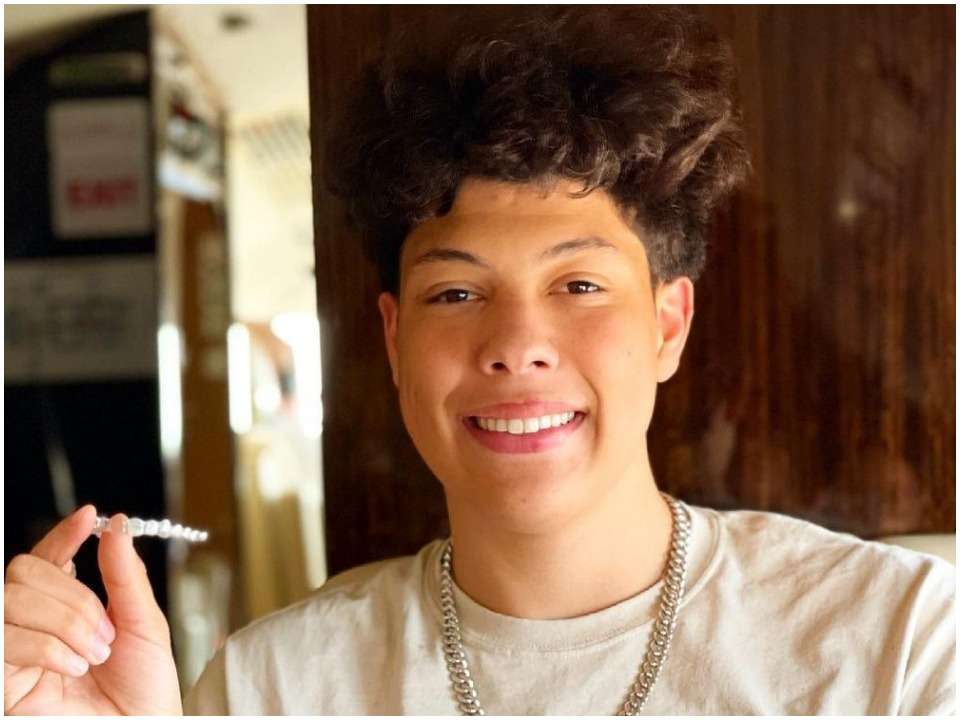 Jackson Mahomes is an American Tik-Tok star and the younger brother of Patrick Mahomes II, a famous NFL player. He has always been famous among his brother’s fans and enjoys great popularity due to his brother. He was recently involved in a tuff in a bar which caused a lot of controversies.

Jackson Mahomes was born on 15th May 2000 to his parents Pat Mahomes and Randi Martin. He grew up with his siblings Patrick Mahomes II and Mia Randall while Emma Herrington is his first cousin. Jackson comes from a family of athletes as both his father and his brother are sportspersons. His father is a former MLB player while his brother is an NFL star. Jackson is known to have completed his high school education at Whitehouse high school in Texas and later, for his college education, he went on to attend the University of Missouri Kansas. He is currently pursuing his college degree in Marketing.

Jackson is a social media personality and has a huge following over his social media accounts. He mainly built his career through Tik-Tok and has now gained more than 990k followers on the platforms. His fun-loving attitude and expressive personality gained his huge success over all the platforms and he now strives to influence people the same way. Gradually he also moved to YouTube and started making videos about his life, experiences, vlogs, fashion, etc. He has posted a few videos since he started last year in 2020 and has already gained a lot of subscribers, views, and popularity.

Jackson Mahomes has not shared in detail about his relationship and personal life but is currently known to be in a relationship with Alanah Lorusso. He is also known to have a best friend named Emma Herrington and often shares pictures with both of them.

Jackson is currently involved in a controversy as recently when he went to SOT social Bar, he and his friends were not accommodated due to lack of space which angered him and he wrote on his Instagram about the incident. The bar wrote against Jackson over a social media post claiming that he was trying to crush the business after he could not be accommodated to lack of space. They also mocked Jackson for his behavior over his social media handle where he represents immature behavior citing older incidents when he poured water over the fans of Baltimore ravens. However, they again posted another apology for having handled the issue in a wrong way and for personally attacking Jackson.

Jackson, being a college student, does not work but earns a lot through his social media career where he makes several collaborations and endorsements. He also belongs to a well-to-do generous family and leads a luxurious lifestyle. His family net worth as of 2021 is estimated to be around $4million.