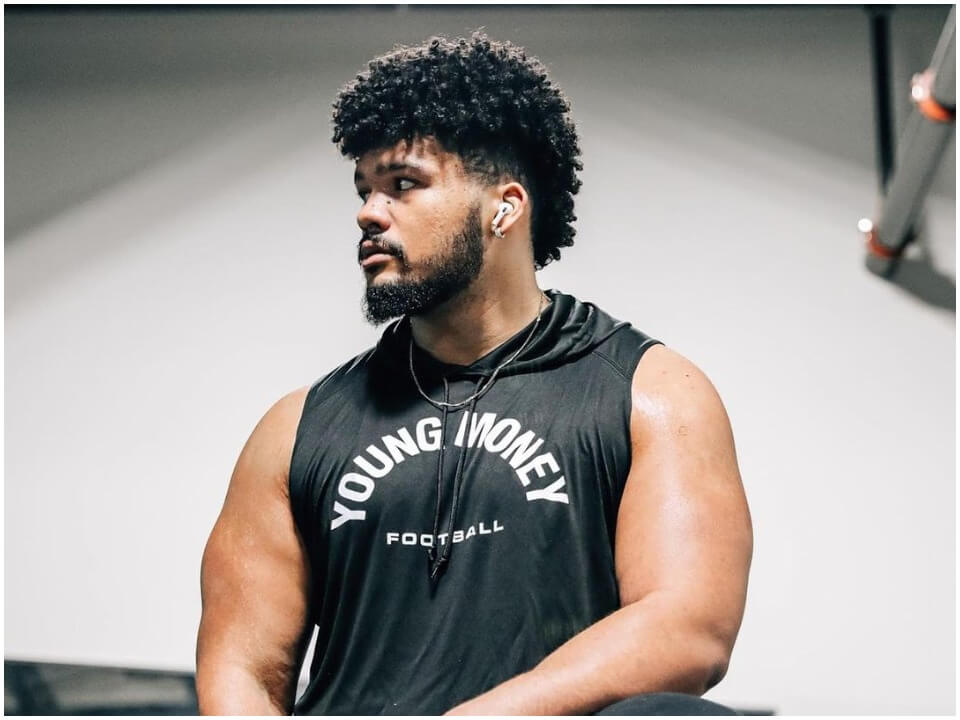 Jackson Carman is a young and professional American football player who currently plays for the Cincinnati Bengals of The National Football League. He also played football for his college at Clemson. He plays at the position of an offensive tackle for his team.

Jackson Carman was born on January 22, 2000, in Fairfield, Ohio. He is the son of his parents named Mary Carman, his mother, and Ken Carman, his father. Jack has also not mentioned anything about his siblings and has never talked about them. He started playing football since he was a kid. As a student, Jackson attended the Fairfield High School in Fairfield, Ohio. After that, he was offered for Ohio State and USC but he committed to play college football at Clemson. There he played as an offensive tracker.

Jackson played in 13 games in his freshman years and played 209 total snaps as the Tigers won the National Championship in 2018. In his sophomore year, Jackson was named Tigers’ starting left tackle and started all 15 of Clemson’s games, and was named third-team- Atlantic Coast Conference. Later, Jackson was selected by the Cincinnati Bengals in the second round of the 2021 NFL Draft with the 46th overall pick.

In the latest buzz, it was mentioned that the Cincinnati Bengals quieted concerns about the offensive line in front of Joe Burrow as Jackson Carman of Clemson was selected in the 46th pick in the 2021 NFL draft. The move was taken after the Bengals struck a trade down agreement with the New England Patriots.

The young and talented player is very career-focused and has been quite secretive about his personal life. He is a private person and has not made any mention of his relationships with the media. Jackson Carman is currently single and has no past dating history as he has never revealed it. He is expected to update his fans about his relationship on his Instagram account as soon as he gets into it.

As of now, Jackson did not earn a net worth yet but as he is a National Football League Player, it has been known that the rookie players are paid at least $ 450000 USD to which they will be entitled. But as we see Jackson’s game improving, we can expect his net worth to increase in upcoming years depending on the games he plays.