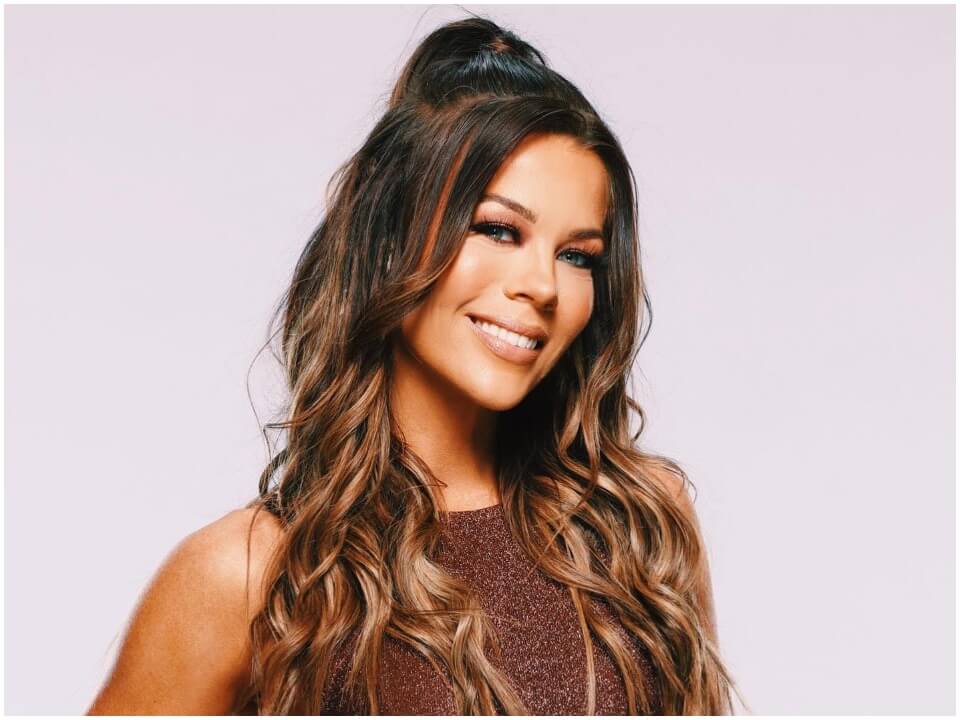 Jackie Redmond is a Canadian personality who is popularly known for her anchor work at the National Hockey League Network. Despite being an anchor, she is a producer, reporter, and news correspondent. She is a presenter of Sportsnet Central, where she performs daily reporting on the NHL and MLB (Major League Baseball) Networks. She is considered to be NHL’s top prospect and has now landed another job profile with WWE (effective from October 2021). Jackie has joined the WWE broadcast team and will also be having reporting work done with NHL simultaneously.  She will be the new co-host of the show called Raw Talk and Talking Smack. Since October 2021, she has joined the WWE network and would be fulfilling the role held by Charly Caruso, who left the network to join ESPN.

Jackie Redmond was born on 12th April 1986 in Toronto, Ontario, Canada. She was brought up by her loving and caring parents named Steve Redmond (father) and the mother whose identity has not been shared. Her father was a sportsperson of his time and this is the reason that Jackie has developed her interest in sports only. She was brought up along with her other sibling (sister) named Marcy Thomas, who was a hockey lover since birth and was involved in hockey practices for many years and now she is married. As far as Jackie’s educational life is concerned, she is a graduate student of the University of Guelph-Humber, from where she received her Bachelor’s Degree in Media Studies and Journalism Diploma back in 2010.

Immediately after completing her bachelors in 2010, Jackie Redmond began her hustle for professional life while working with ET Canada as an intern. She stretched her work as an intern for four months from January 2010 to April 2010 that was based in Toronto, Canada. It was a nine-week internship that was spread over the responsibilities of Archives, Control Room, and the Production Office. Later she became a volunteer host at London, Canada Area-based Rogers TV, where she gained experience in many facets of the television business. She worked almost for every department including sound, studios, camera, chyron, etc. while working for the network, she got her first television hosting experience and worked as a reporter on the lifestyle show, Forest City Living.

From 2010 to 2011, she worked with 102.3 BOB FM as an on-air host where she hosted and produced web videos for the BOB FM website. Thereafter in December 2011, she joined the Rogers Sportsnet network and gained huge experience while working and gaining the opportunity to do everything from hosting live shows, hosting the highlight desk, and reporting from various live events like the Rogers Cup.

She stretched her work with the network from December 2011 to October 2015, summing up to 5 years and 11 months. Since October 2017, she has been working as the host and reporter for the NHL Network, where she performs all the major roles including player interviews, game previews, traditional host, play analyst, etc. she says that she feels lucky to be with the network and working with pleasure for them where she gets every opportunity to get out of the box.

Jackie Redmond got a breakthrough in her life when she became the first woman to win Gillette DRafted: The SEarch of Canada’s Next Sportscaster Auditions season three in 2011. During her jobs at different networks, she has interviewed various celebrity personalities including Kyle Lowry, Jonas Valanciunas, Matthew Tsang, and Tyler Johnson. According to the announcement in October 2021, she would be hosting the gig with Matt Camp as a WWE Analyst and co-host of The Bump.

The announcement said that she would be continuing with her roles in the NHL Networks and would also be taking up her new role with Turner Sports for WWE. Redmond comes with more than 10 years of experience in the field of reporting and anchoring. She is currently covering the major events at NHL and MLB networks and has spent many years previously with Rogers Sportsnet.

Although Jackie Redmond has not given her explanation for the rumors, she is considered to be romantically linked up with men like Emmett Blois who is a professional model and also owns a gym. In the past, she was in a relationship with Josh Donaldson (Blue Jays MLB Superstar Player). Josh Donaldson cheated on Jackie with his girlfriend Briana Miller. The incident made Briana delete all of her pictures along with Donaldson from her Instagram feed.

Jackie is a persistent personality in the field of anchoring and TV reporting about NHL and MLB networks. She has maintained her positions at different networks since 2010 or after her graduation year. She hails a long career of performing different skillful designations like anchor, host, reporter, and TV presenter. It is for sure that Jackie is earning a good amount of money because of her only profession of sports correspondent.