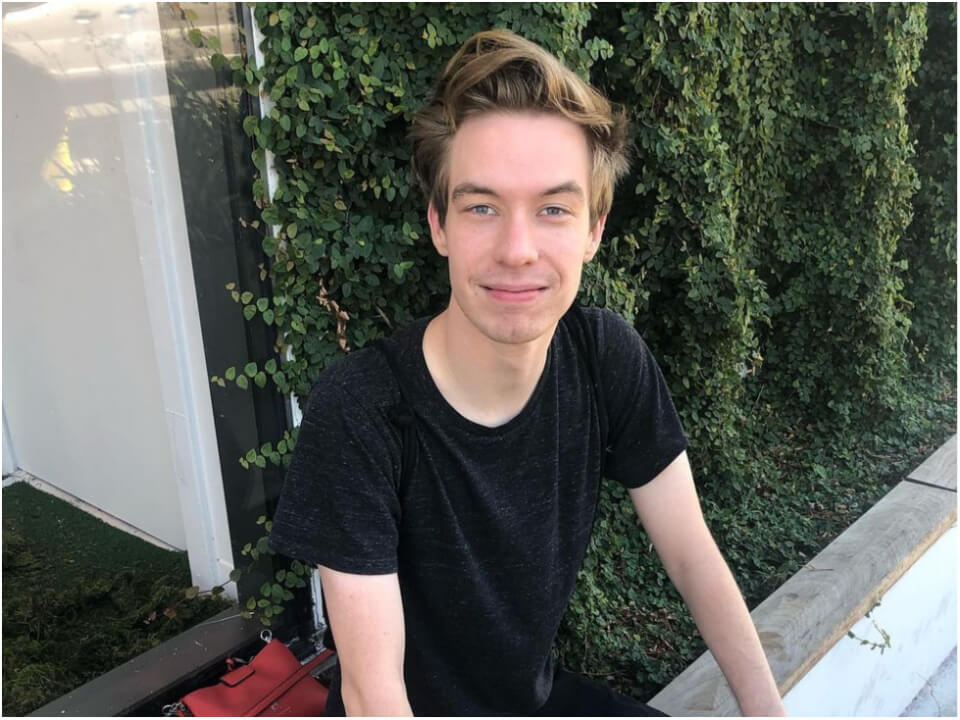 Jack Williams is an American personality who is a ventriloquist by profession and has been working in the line for almost 10 years of his life. In June 2022, he came into the news because of his appearance on the show America’s Got Talent the 17th season in a row. The video of his exceptional audition was released on the YouTube channel of NBC where he was seen receiving a standing ovation from the judges and a potential approval from all the four judges in the row. While having his presence on the show, Jack told the judges that he is deeply inspired by the winner of season 2 of the show named Terry Factor and is indeed having the “big shoes to fill”. Jack will try to win the audience’s votes in the live shows in week 4 in the AGT this Tuesday.

Jack Williams is around 25 years old and started performing tricks and tactics of ventriloquism at a very young age. Jack started learning things at the age of 12 and later started performing professionally at the age of 14- that is a very young age seeing the profession he has got. He began by performing the ventriloquist convention to which he was first introduced. During his young age, he used to feel like all the Ventriloquists had been gathered at one place, that is, in Fort Mitchell, Kentucky- from where he probably belonged. It was like so much there in the place that he started feeling it as the normal talent to have in anyone’s life.

Soon, he started feeling comfortable about the practice of the skill and the voices, and at the age of 14, he was pretty decent at performing with the things. After gaining a few skills of ventriloquism, Jack moved to Los Angeles and started doing comedy clubs and related stuff which posed a real test of life to him. This is because you have to be funny all the time, you need to perform with lips and tongue while you are having a toy in your hand and you need to be a great performer- this was the intention of Jack when he finally achieved his dream of becoming a professional ventriloquist at the age of 22.

Ventriloquist Jack Williams appeared on the audition of AGT and at the age of 25 years old, he claimed to have exceptional talent. On the set of the AGT show, Jack Williams accepted that he has been performing on the stages for around 12 years and has got more than 1 million followers on different social media platforms, mostly including TikTok. He is trying to reach another level of the skills with his new tallest and new way of slipping tongues. Over the time, Jack Williams was performing in the clubs and theaters throughout the areas of the midwest and LA in the club circuit.

He sometimes combines the mix of comedy stand-up with the art of ventriloquism. Over the 12 years of his performing stage, he has come across different clubs, and venues like Rhett and Link, So yummy on xumo, short films, and performed at venues such as the Hollywood Palladium Comedy Night. Jack has also got himself featured on the YouTube channel of Rhett James McLaughlin and Charles Lincoln “Link” on their famous show, Good Mythical Morning. On the show and the particular video of Jack, the show has gathered around 2 million views.

The puppet he used to carry with him is named “Friend Foster” who claims to be a better ventriloquist than Jack. Since childhood, Jack has been achieving his mastery with the talents and skills of quickly rattling off tongue-twisters without moving his mouth, delaying voices, producing weird echo effects, and showing puppet’s voices moving farther and farther. The ventriloquist Jack Williams used to perform stand-up comedies, and videos and have entertained millions of people while growing up with the profession and interest in ventriloquism.

There is no mention of his wife on any of the sources on the internet. At the moment, it is not clear whether the 25 years old Jack Williams is married or not, so, he is rather supposed to be unmarried.

It is for sure that Jack Williams [ventriloquist] has been earning good money with his command over the profession of ventriloquism since the age of 12 years. He has been involved in this profession for many years, performing stage shows at different venues and TV shows. For the moment, Jack Williams’ estimated net worth is somewhere around $2 million.