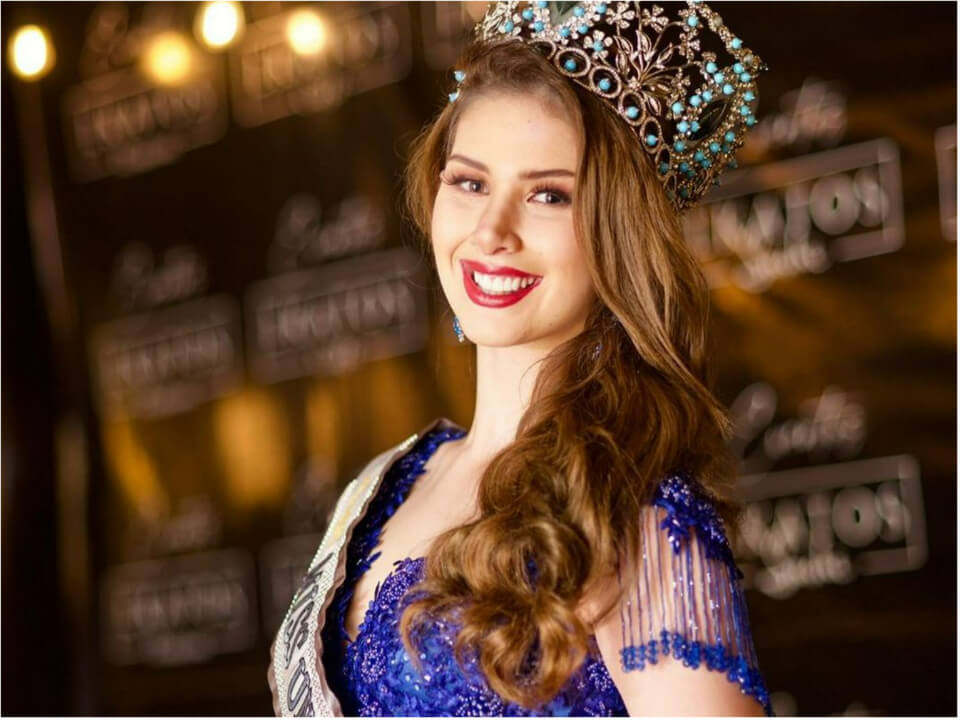 Ivana Batchelor is a Quetzaltenango, Guatemala-based model and beauty pageant title holder. Her complete name is Elizabeth Ivana Batchelor. She is an established and professional model and holds various modeling titles. Ivana represented her country in the Miss Grand International 2020 and appeared as the 2nd runner-up in the finales. She is also holding the title of Miss Universe Guatemala 2022.

Ivana Batchelor was born on 28th October 2000 in Quetzaltenango. She is a fluent speaker and translator of Spanish and English. Ivana is currently known to be pursuing her studies in Communication Science at Mesoamerican University. She is said to be in her third year and proudly presents herself at the Miss Universe 2022 competition on behalf of Guatemalan culture.

On 16th March 2020, Batchelor won the title of Miss Grand Guatemala 2020 and was successful in surpassing her competitor Dannia Guevara. The following year on 27th March, she represented herself on behalf of Guatemala at Miss Grand International 2020. She was in one of the various countries (nearly 62 other countries) where she won the title of 2nd runner-up. Ivana also achieved the title of one of the three winners of the Best National Costume category.

In the speech, she also said that her whole life, she had to struggle with many obstacles, perseverance, and discipline to achieve her dreams. Today, Elizabeth Ivana is the Ambassador of the Culture of Quetzaltenango. She has developed into a translator (for both English & Spanish languages), pianist, and professional dancer. She is also the co-founder of IB Model Agency, the firm dedicated to aspirated training models.

Ivana says that she is highly proud of her place’s culture and the arts, and with the winning of the titles, she wants to achieve the international stage for her culture, carrying out the objectives to spread kindness. She also encourages people to connect through art, culture, food, music, and weaving and wants the same for her country. Ivana is also passionate about mental health and mental peace and works with the youth in public schools to prevent such things.

Ivana is going to represent herself from the side of Guatemala at Miss Universe 2023 competition. She says that she will never forget the day of 1st January 2023, when she was at the La Aurora airport to depart for the USA, and dozens of Guatemalans went to see her off. She was honored with the rhythm of a marching band, cheers, posters, and the media.

The whole population kept her with love and affection with the hope and blessings that she would be the one holding the title of Miss Universe in the future. The queen of Guatemala was praised and wished her all the best for her performances and participation in the new events. All candidates are expected to reach New Orleans, Louisiana, where the last or final activity will occur on 14th January 2023.

Ivana Batchelor is available on all the majorly popular social media profiles, including Instagram, Facebook, and TikTok. You can find her by the handle names- @ ivana.batch and @Ivana Batchelor (Elizabeth).

She is highly conservative and hardly talks about her personal life, past love affairs, and any love connection with anyone in the industry.

Ivana might be getting a good amount of money as the winner of the beauty pageant title holder. Although she has not given her net worth details, we assume it will be around $3 million.