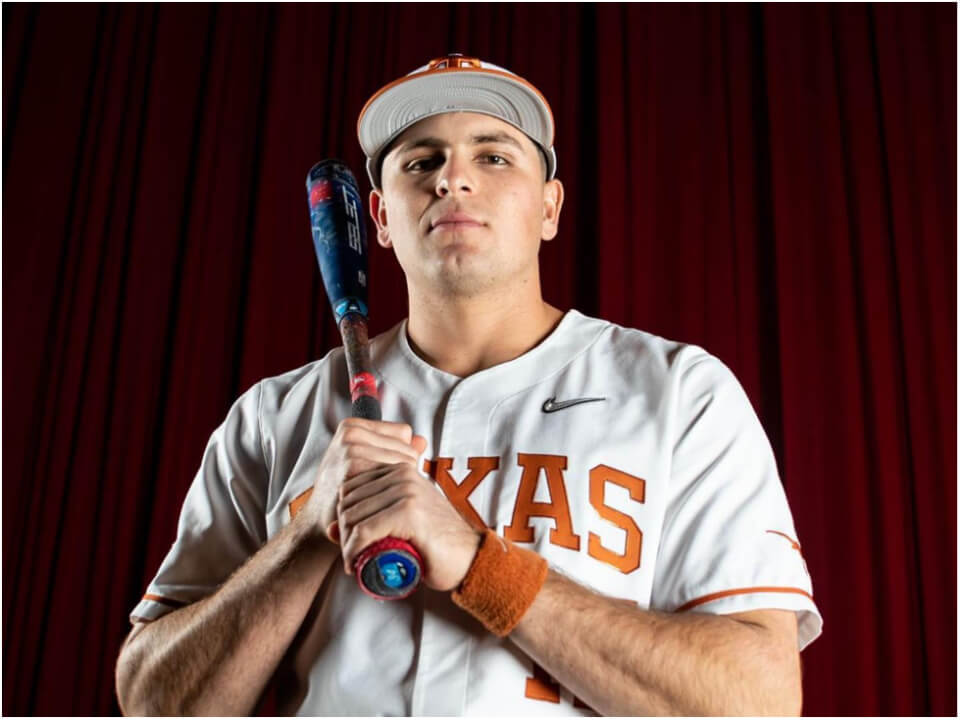 Ivan Melendez is an American personality who has earned the nickname “The Hispanic Titanic”. He is committed to collegiate years and plays as a baseball infielder for the Texas Longhorns. Ivan is a native of El Paso and is known to be the best player of the season in June 2022. He is the first baseman committed to the University of Texas at Austin and has earned the honor of the 2022 Dick Howser Trophy.

On 17th June 2022, it was announced that he would be given or honored with the trophy during an announcement on the MLB Network. Ivan made the record-making scores along with 32 home runs and 94 RBIs heading the nation for the World Series and becoming an opener for the Notre Dame in Omaha, Nebraska. With the achievement of the 2022 Dick Howser Trophy, Ivan has joined the group of the other achievers like Taylor Jungmann (2011), Scott Bryant (1989), and Brooks Kieschnick (1992, and 1993).

Ivan Melendez was born on 24th January 2000 and brought up in El Paso, Texas where he received his education, did his schooling and high school, and was later recruited by the college. He went to Coronado High School and has been recruited by Odessa College, which plays in the NJCAA. His mother’s name is Julie and his father’s name is Raul Melendez, both have professional personalities and are known educators in the El Paso area.

Ivan shared his childhood with his two brothers named Zach and Ian. He has earned the honor of the First team All-State third baseman as a senior at Coronado High School under the guidance of the head coach Juan Orozco. He is also named the 2016 Newcomer of the Year and has also remained a part of the football team although he is not pursuing the game professionally.

While in college, Ivan spent the first two seasons as the third baseman at NJCAA school Odessa College. Also, he spent his freshman season at the same college and made the record-making score of .411 hits, 17 homers, 70 RBI, and a slugging percentage of .896. Eventually, he earned the honor of being named third-team Division I All-American by the NJCAA. Ivan played only a few games because of being cut short by the COVID-19 in the sophomore season. During the season, he made the record of average .354 with 7 doubles, 3 triples, and 4 homers. With the start of the season 2021, Ivan chose to stay committed to Texas and played as a redshirt sophomore.

During the first season of the game, he made the record of .319 hits, 13 doubles, 3 triples, 13 home runs, and 51 RBIs and eventually became the known personality for hitting go-ahead home runs, especially while playing for College World Series and while standing against Mississippi State. During the season 2021, Ivan earned the honor of being named 2021 First-Team All-Big 12 and All-College World Series honors. In the draft 2021, Ivan was selected by the Major League Baseball Draft in the 16th round by the Miami Marlins, but, he chose to play for Texas and carry on with his junior collegiate years.

As far as personal life is concerned, neither Ivan Melendez has given any clue regarding his future romantic life story nor has he discussed anything on his social media regarding any past romantic relationships. For the moment, he is busy with his collegiate career and is focusing on the same.

Ivan Melendez, who hails from a moderate and a financially-supported family, is surely earning good prize money and honors or accolades. He is currently pursuing his collegiate career and is committed to Texas. For the moment, there is no report on his net worth, however, it can be assumed that he might be having offers from sponsorship dealers and entrepreneurs, so he might be earning somewhere $500,000.