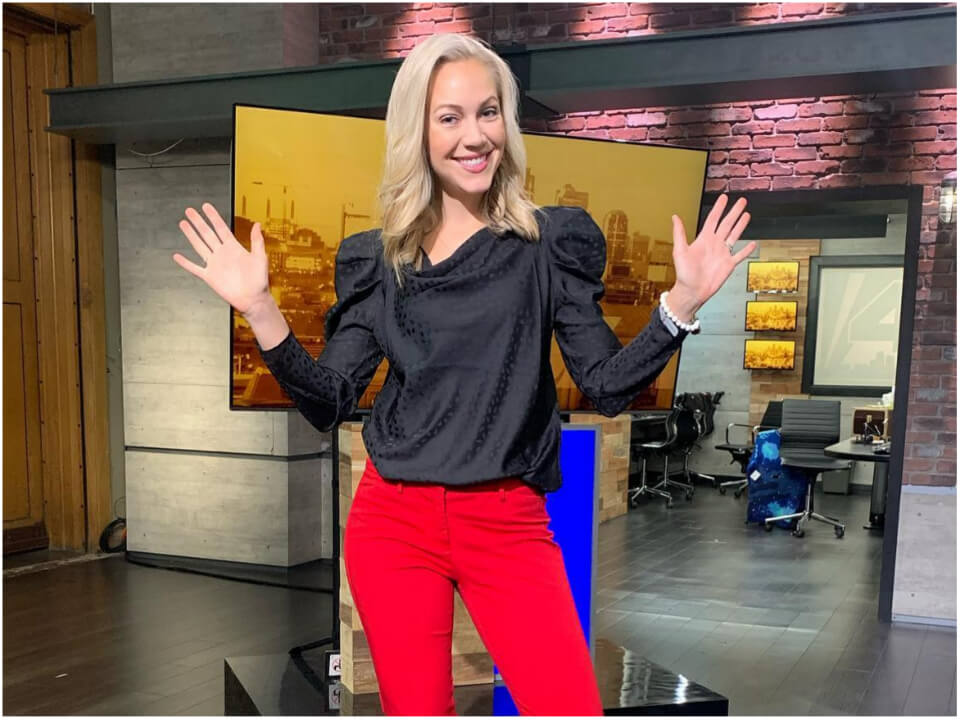 Abby Eden is an American personality who has developed herself into a journalist and is working as a report/ anchor/morning news anchor for the Fox 4 channel called WDAF-TV. She has reportedly made her long career with Fox 4 channel starting from 2010. Eden originally belongs to Omaha, Nebraska where she has grown up while watching local and national news which further created her interest in studying and hustling for only reporting and anchoring education or jobs respectively.

Abby Eden was born on 6th January 1985 in Omaha, Nebraska, and also grew up there as well. She went to the University of Missouri-Columbia where she earned a bachelor’s in Radio/Television Journalism in the Spanish language from 2003 to 2007. She has also received her Master’s in Public Health from the same university in 2021. In her collegiate years, Eden was involved in multiple student leader organizations such as the Honor Society: Omicron Delta Kappa, and the Homecoming Steering Committee, and during her college years, she was a summer welcome leader. Abby’s father’s name is Jon Eden and her mother’s name is Paula Eden and was brought up along with three real siblings

After completing college, Eden began her hustle for professional life after she was appointed by the KOMU-TV where she handled four different roles as an anchor, photographer, producer, and reporter. She stretched her job at KOMU-TV for around two years from January 2005 to July 2007. In July 2007, Eden began her new job with KETK-TV and WVLA, where she was hired as an anchor and reporter and worked there from July 2007 to November 2010. While spending her time at KETK-TV and WVLA, she was hired as a weekend evening anchor for KETK based in Tyler, and for WVLA she was based in Boston Rouge. She had to produce and anchor four shows each Saturday and Sunday. Her responsibilities were associated with updating the station website, managing content for each show, and others.

From November 2012 to November 2012, Eden was hired as a multimedia journalist for WDAF-TV based in Kansas City. Her work profile was associated with certain jobs like writing, editing, and shooting the stories along with telling the stories- that part which she used to love the most. Since May 2011, Eden has been committed to anchoring the 10 p.m. news with Phil Witt, which she handled for around 6 years but after her marriage, she switched her shows from night to morning timings. Most recently, she anchors morning shows for Fox 4 News from Monday through Friday from 4:40 am to 9:00 am.

Abby Eden is a multiple award-winning personality who has developed herself into the line of journalism with various Emmy Award nominations, and a few other honors like the Jordan Media Award, an NLGJA award, a MORE Award, and an Edward R. Murrow Regional Award. Since her collegiate years, she feels pleasure in telling stories and despite this fact, she has gained a huge and positive impact on people’s lives through her investigations, education, and the skills of telling stories. In her 15 years of career, Abby has gained a lot of fame and recognition and is often praised because of her outstanding performances each passing day on the television.

Abby Eden is a happily married woman who is enjoying her life with her extended family including her husband and three children out of whom the name of the son is Atticus Christopher and the name of the third and the youngest son is Ellis Benedict. The pair together share a baby girl who is known to be the eldest one among three children born to Abby and Tyler Curry. The name of Abby’s eldest daughter is Dorothy ‘Dottie’ Ann. Abby has been married to Tyler Curry since November 2016 when they exchanged the ritual of marriage and exchanged their rings a few months back in April 2016.

She is into professional journalism since the beginning of 2005. She has developed a long-term journalism profile of more than 15 years. It is for sure that she might be getting a good income in the millions, so for the moment, Abby’s estimated net worth is somewhere around $5 million.