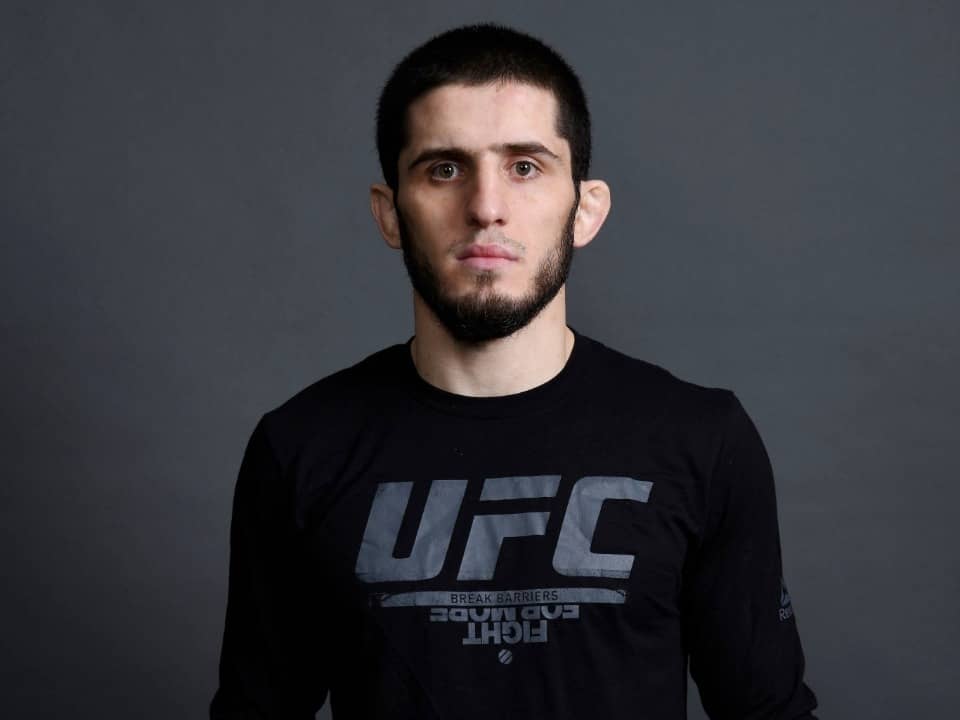 Islam Makhachev is a Russian mixed martial artist. Recently, he is being admitted to the lightweight division for Ultimate Fighting Championship (UFC). He trains with Khabib Nurmagomedov and is currently in the news because of his upcoming fight against Thiago Moises. Khabib Nurmagomedov will be a big part of this event as Islam Makhachev is his longtime training partner. Their relationship is far beyond an ordinary friendship. Islam Makhachev currently ranks at number 7 in the lightweight division of MMA Fighting Global Ranking. He is a native of Dagestan and is going to ride a 7-fight win streak against Moises.

Islam Makhachev was born on 27th September 1991 in Makhachkala, Dagestan, Russia with the ethnicity of Lak. He was trained and become a well-known competitor in combat sambo. He grew up with Khabib Nurmagomedov and still gets trained with him to this day. In the 2016 World Combat Sambo Championship, Islam won by 7-0 against Valentin Benishev and earned a gold medal.

On 12th February 2011, he entered the path of his career and faced Tengiz Khuchua where he won the match within the first round. In 2013, Makhachev stood against Mansour Barnaoui at M-1 Challenge 41 that was later marked as his second fight for the promotion. In 2013, he faced Rander Junio (Brazilian Jiu-Jitsu black belt) and won via unanimous decision. Later in 2014 at M-1 Challenge 49, he stood against M-1 Global Yuri Ivlev.

Islam dominated the fight with his punches before finishing the fight by submission. On September 7, 2014, in his final bout against Ivica Truscek, he stood dominated over the fight in the third round via submission. He has stood as one of the unbeaten personalities in almost 6 years of his career. He is now going to face Thiago Moises in his upcoming match on Sunday 18th July and this will be his very first time with UFC highlight.

Islam has not revealed much about his personal life. Even on the networks, you will not find anything related to his parents or girlfriends. As far as his private life is concerned. he doesn’t want to reveal anything in the media as of now. He is believed to be single and is not recently dating anyone. There is no information about his parents neither he has made it public.

Boxer’s ongoing UFC battles have always been a center of attraction. Their net worth is reportedly being a popular focus. According to Media Referee, Islam Makhachev’s net worth is nearly $500,000 as of 2021. His earnings from the last fight have been pinned at $105,000. In March 2021, he won the fight when he stood against Drew Dober. Earlier in September 2019, he estimated $63,000 when he faced Davi Ramos and $109,000 in August while winning the fight against Arman Tsarukyan. According to Sports Daily, the boxer has earned $460,500 all through his UFC career whereas his net worth (according to Celebs Age Wiki) is estimated to be between $1 million – $5 million.