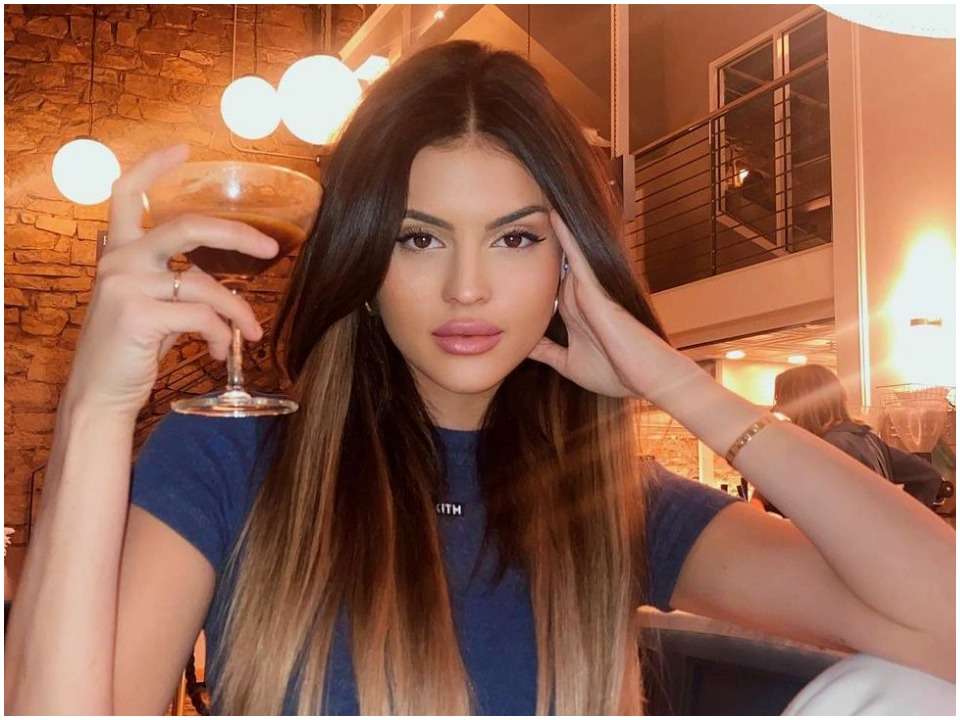 Holly Scarfone is a Canadian Model and Social Media Influencer who is grabbing global media attention for her relationship with Scott Disick. Apart from this, she previously appeared on the 3rd season of Too Hot to Handle on Netflix. As she resembles Kylie Jenner somehow, she garnered lots of followers and fan following on social media within a short span of time.

Holly Scarfone was born on 17th December 1998 in North Bay, Canada. The names of her parents are Rhondi Evelyn- Stowell and Jeff Stowell and also has a sister named Olivia Scarfone. At a young age, she showed interest in modeling and likes fashion. Holly has completed her high school education at Scotts Valley High School. She was the senior Vice president and head of the community service. For her higher and further education, she went to the University of Colorado Boulder where she studied Psychology.

As she has recently earned a degree in psychology, she would be looking for a job in the same field. But instead of pursuing a career in psychology, she decides to work as a model. She is also a social media influencer. For her modeling career, she has worked with various brands along with her studies. She has also done many runways shows and has traveled to places like L.A., Miami, Canada, Puerto Rico, San Diego, Monaco, London, and more.

Recently in 2022, she has been cast in a reality series called Too Hot to Handle season 3. The show is about a reality dating game where a total of 10 contestants would be sent to paradise, to find their soulmate. They have been told to connect emotionally and not physically in order to win the prize money which is $100,000 and keeps on decreasing as the rule breaks.

Holly is an active user of social media. She is more active on her Instagram account and likes to upload modeling pictures of herself. Till now she has earned over 19.5 thousand followers. She is available on the Tik Tok application as well.

Holly is currently in a relationship with a television personality and entrepreneur Scott Disick. They were both spotted spending time together and caught on camera while leaving Nobu Malibu on 24th February 2024. Holly even shared a photo of having a delicious meal of sushi and sashimi as well.

Scarfone has earned a lot by working as a model and social media influencer. She earns her income through brand endorsements. Recently she will be earning by appearing on a reality series. According to sources her net worth has been estimated at $500,000. She will also be giving interviews and might earn from the same.