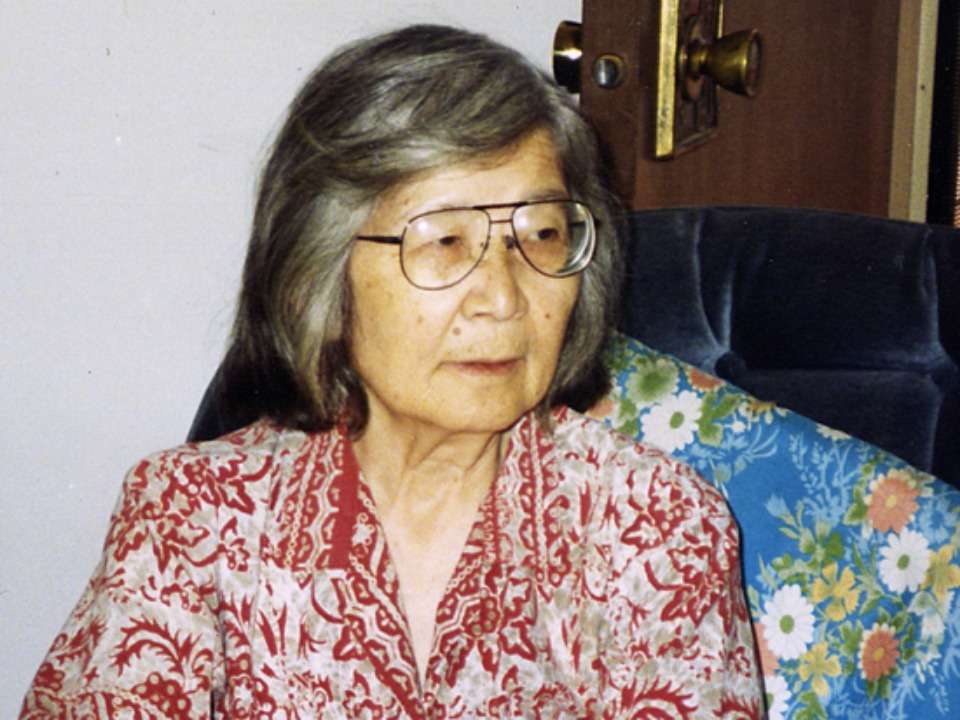 Hisaye Yamamoto was a Japanese-American author. She is the well-known author of the short story collection ‘Seventeen Syllables and Other Stories. Google placed a Google Doodle in honor of her dedication and contribution to society. Her works are mainly on issues of the Japanese immigrants, their experience in America, the generation gap between the Japanese immigrants and their children, also on the difficult role of women in society then.

Hisaye Yamamoto was born in Redondo Beach, California on 23rd August 1921. She was the daughter of immigrant strawberry farmers from Japan. She has two brothers. Since they were immigrants and were not allowed to own land, Yamamoto’s family moved from place to place when they were growing up. Yamamoto had her education in Japanese as well as American schools, such as Excelsior Union High School. She had a fascination for various languages. When she was attending Compton Junior College, she majored in French, Spanish, German and Latin.

From a young age, Yamamoto’s comfort was in reading and writing. She wrote as much as she read. She started sending her works- letters and short articles, to the English portions of Japanese American newspapers in the area. After Japanese forces bombed Pearl Harbor in 1941, the American government implemented the Japanese Relocation Order. It was basically to round up Japanese Americans and force them to live in internment camps. Yamamoto was 20 when she and her family were relocated to one such camp at Poston, Arizona.

Her first job, as a reporter and columnist, started there, that camp’s newspaper, the ‘Poston Chronicle’. Her first fictional work, a serialized mystery ‘Death Rides the Rails to Poston’ and a short story named ‘Surely I Must Be Dreaming’ were published in 1943. When they were still in camp, the US government initiated another relocation. In 1944, Yamamoto and one of her brothers were sent to Springfield, Massachusetts. There she worked as a cook to a wealthy widow. But they returned to Poston soon when her second brother Johnny, a US army soldier, was reported killed.

Then three years she spent at the camp made her see the world, the injustice, the hatred, and differences. Her experience there immensely affected her writing career. When World War II ended in 1945, the camps closed. Yamamoto and her family were returned to Los Angeles, California. There she began working for the ‘Los Angeles tribune’, primarily as a columnist and then also as an editor and a field reporter. This was a weekly newspaper for African American readers. The time she spent working for Tribune allowed her to explore racial interaction and broadened her writing.

Her writings are compared to the poetic form, haiku. Her writing style is sensitive, heartfelt, delicate but also blunt and economical, perfectly portraying her Japanese heritage but with a contemporary blend. The collection of Seventeen Syllables was first published in 1988, and it includes her works written since the end of World War II. This collection holds her best definitive works such as “Yoneko’s Earthquake”, “The Legend of Miss Sasagawara”, and “The Brown House”. These stories deal with the experiences of Issei (first-generation Japanese immigrants) and their Nisei children. These stories also make references to the World War II Japanese internment camps.

Her works have been about the disconnection between the first and second-generation immigrants shown in her story ‘Seventeen Syllable’ and ‘Las Vegas Charley’ along with many others. She also wrote stories about the repression of women in Japanese and American Societies, as shown in ‘The High Heeled Shoes’. In 1952, her ‘Yoneko’s Earthquake’ was named one of Best American Short Stories. In 1986, she won ‘Before Columbus Foundation’s American Book Award for lifetime achievement for her contributions.

In 1955, Hisaye Yamamoto married Anthony DeSoto and settled in Los Angeles. She adopted a son and moved to New York in the early 1950s, where she volunteered in the catholic worker movement. After her marriage, she had 4 more children. Her husband DeSoto died in 2003. And Yamamoto, who was in poor health since a stroke in 2012, died in her sleep on January 30, 2013.

While working for ‘Los Angeles tribune’ she wrote about a black family, who faced so much animosity for being black residents of an all-white neighborhood in California. On December 16, 1945, their family was burned and killed. That incident troubled her and motivated her to become involved in the fight for racial equality. Yamamoto left journalism after writing the 1948 story ‘The High Heeled Shoes’. It’s focused on the sexual harassment women frequently are subjected to and she also spoke against sexism fearlessly.

She played an important role to point out issues faced by Japanese immigrants, especially in America. In fact, she acclaimed a prestigious award right from the start of her career and also became famous worldwide as well. It is obvious she made quite enough amount from her fruitful career although no exact numbers are available about her exact wealth.